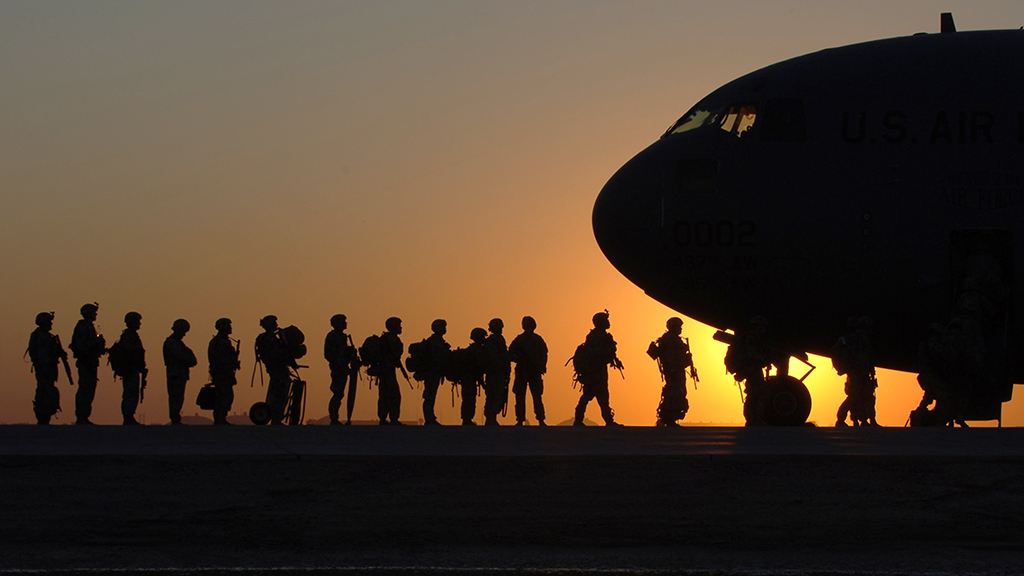 The Trump administration has been sending mixed signals about reducing the U.S. military footprint around the world and launching new interventions.

The Trump administration has been sending mixed signals about reducing the U.S. military footprint around the world and launching new interventions. The withdrawal of American troops from Syria and Afghanistan is officially on the administration’s agenda. According to media reports, U.S. forces will pull out of northern Syria over the next several months.

Meanwhile, U.S. and Taliban representatives have reached a temporary agreement in Doha, Qatar. American troops will leave Afghanistan within 18 months, according to several media outlets, if the two sides shake hands on a final deal.

Even though the implementation of Trump’s plans to withdraw from Syria and Afghanistan remains unclear, the U.S. president says that his decision is final. Against the backdrop of the public debate on Washington’s imminent withdrawal from conflict zones, the White House appears to be planning and even implementing new interventions.

Washington is set on a regime change in Venezuela. Currently enjoying the support of the European Union and the majority of Latin American nations, the United States has shown its interventionist face yet again. Yet, the current intervention entails unique diplomatic and economic sanctions. On Sunday, the State Department recognized Carlos Alfredo Vecchio, the Venezuelan opposition leader Juan Guaidó’s representative, as that country’s chargé d’affaires to the United States – meaning it no longer views Nicolás Maduro’s government as its diplomatic counterpart.

That decision hinted that the Maduro administration, for whom oil trade with the United States is a critical source of cash, would experience heavier pressure. Indeed, the Trump administration on Monday sanctioned Venezuela’s state-owned petroleum company and cut Maduro’s access to $7 billion in assets. To make matters worse, Washington has signaled that it won’t stop at diplomatic and economic sanctions. U.S. National Security Adviser John Bolton threatened a “significant response” against any act of violence targeting U.S. diplomatic personnel or Guaidó.

Such public threats further embolden the Venezuelan opposition leader, who has not gone to great lengths in recent weeks to conceal his cooperation with international stakeholders. Having gained access to the country’s piggybank and diplomatic recognition, Guaidó seeks to overthrow Maduro by organizing protests. He seems to believe that the military, too, will get on board with regime change if Maduro’s low-income base jumps ship. Both Western governments and Latin American nations already signed off on that plan.

If Guaidó succeeds, the West will tell the world a fairy tale about the “democratic revolution” in Venezuela. If he fails, a civil war might follow. As French President Emmanuel Macron’s controversial trip to the Egyptian capital Cairo shows, the powers urging Maduro to step down are not big on consistency. The spectacle of democracy, which was designed to legitimize Gen. Abdel-Fattah el-Sissi when he overthrew the country’s elected president, is now ready for Venezuela.

China and Russia, which have major economic investments in Venezuela, are not in a position to respond effectively to a regime change in that country. As a matter of fact, Beijing has already hinted that it was prepared to work with Guaidó if he manages to usurp power.

Although Venezuela has been making headlines in recent days, Iran will be the top item on the Trump administration’s agenda for 2019. U.S. Secretary of State Mike Pompeo will travel to Warsaw, Poland next month to talk the international community into containing Iran at the so-called Ministerial to Promote a Future of Peace and Security in the Middle East. Iran will be forced to make an ultimate decision, as its economy crumbles under U.S. sanctions. Tehran could escalate regional conflicts in response. Tensions between Israel and Iran in the Syrian theater could get out of hand quite easily. That Damascus just signed an economic cooperation agreement with Tehran and the Hezbollah emerged as an indirect threat against Tel Aviv show how quickly the situation could escalate.

The Trump administration seeks to put a new spin on American grand strategy with a mixture of withdrawals and new interventions. We now live in a world of “selective interventionism” where Washington will rely more heavily on economic sanctions.

The Western perspective of democracy: The Venezuelan case
Previous

Turkey to take matters into own hands against terror
Next
Loading...
Loading...
We use cookies to ensure that we give you the best experience on our website. If you continue to use this site we will assume that you are happy with it.Ok