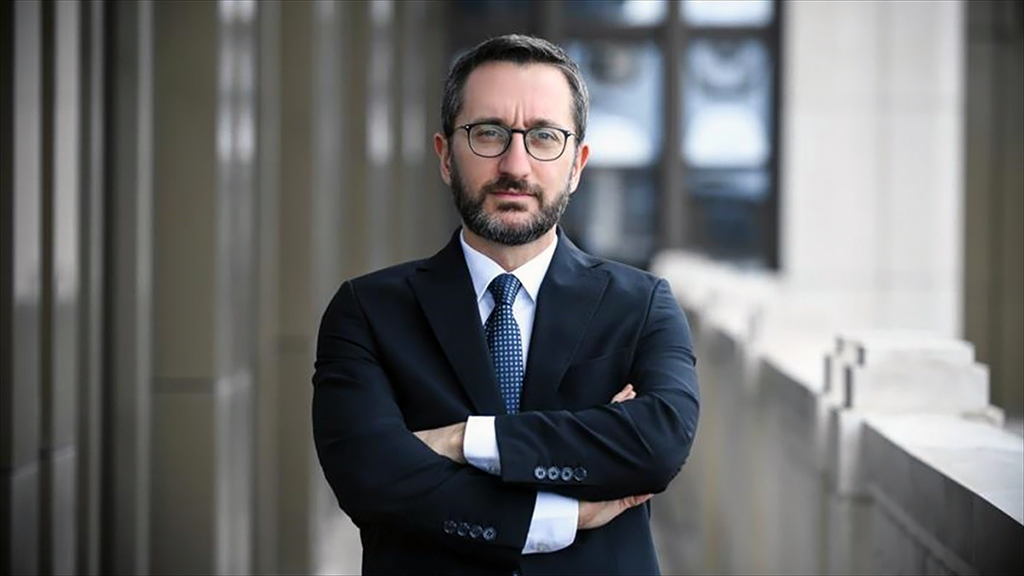 Presidency of the Republic of Turkey Director of Communications Fahrettin Altun

Turkey to take matters into own hands against terror

Turkey will “take matters into its own hands” to foil attempts of forming “terror corridor”, the country’s presidential communications director said on Friday.

“Turkey will again take matters into its own hands to foil any attempts of forming terror corridor as it did during the Euphrates Shield and Olive Branch operations, without being intimidated from any threats,” Fahrettin Altun said in an interview with a journal of Ankara-based Foundation for Political, Economic and Social Research (SETA).

Talking about possible operation east of Euphrates River, Altun said: “Our aim is very clear: To drain the terror swamp which is near our border, protection of Syria’s territorial integrity and ensuring political stability.”

In recent days, Turkish officials said Turkey has completed all preparations for an operation east of the Euphrates in northern Syria, which Ankara said would serve territorial integrity in the war-torn country.

Since 2016, Turkey’s Euphrates Shield and Olive Branch operations in northwestern Syria have liberated the region, including Al-Bab, Afrin and Azaz, of YPG/PKK and Daesh terrorists, making it possible for Syrians who fled violence there to return home.

In its more than 30-year terror campaign against Turkey, the PKK — recognized as a terrorist group by Turkey, the U.S., and the EU has been responsible for the deaths of some 40,000 people, including women and children. The YPG/PYD is the group’s Syrian branch.

Ankara expects counterparts to define their YPG strategy
Next
Loading...
Loading...
We use cookies to ensure that we give you the best experience on our website. If you continue to use this site we will assume that you are happy with it.Ok