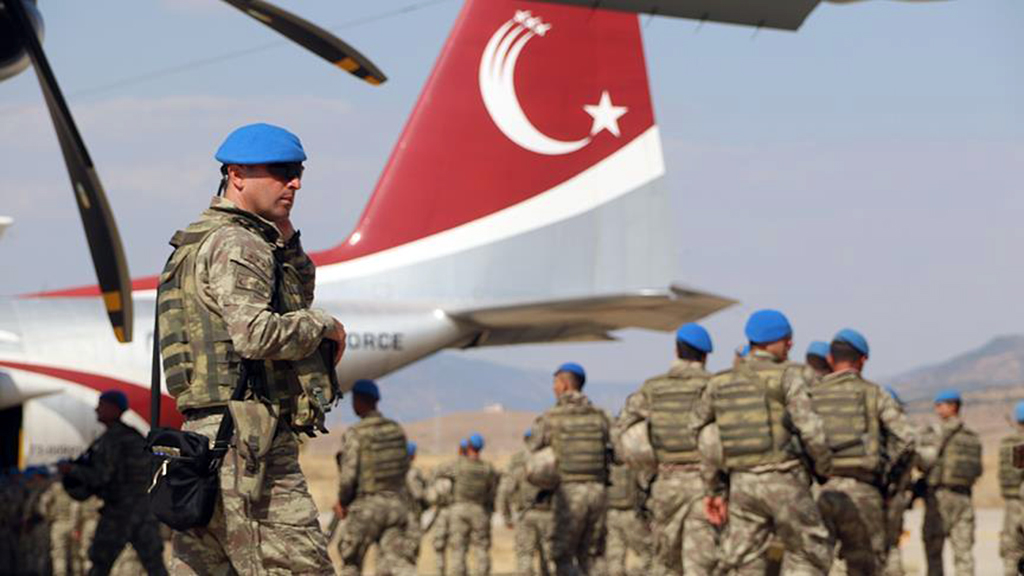 Turkish authorities are determined to find a sustainable solution to the problem created by the presence of the People's Protection Units (YPG) in northern Syria before the war-torn country reaches a permanent political solution.

Turkish authorities are determined to find a sustainable solution to the problem created by the presence of the People’s Protection Units (YPG) in northern Syria before the war-torn country reaches a permanent political solution.

This issue tops Turkish officials’ priority list while discussing the details of a Syria strategy with their American, Russian and Iranian counterparts. Still, the messages from Washington, Moscow and European capitals are quite opaque and none offers any plausible strategies to deal with the YPG problem.

If there is no sign of clarification any time soon, Turkey may take unilateral initiatives to deal with the problem, despite the significant risks involved. But they do not outweigh Turkey’s concerns over the presence and strengthening of the YPG positions along its border.

Turkey is trying to find a diplomatic solution to the problem in its discussions with the American and Russian officials while strengthening its military deployment on its border with Syria.

Russian President Vladimir Putin mentioned the Adana agreement, which was signed between Turkish and Syrian officials in 1998 to prevent Syrian harboring of the PKK. But the realities in Syria are very different in 2019 following a civil war that has devastated the country and weakened the regime.

The YPG is searching for political status and they are heavily armed due to their cooperation with the U.S. in the fight against Daesh. The Adana agreement could work as the basis of an agreement between Turkey and the Syrian regime to counter the YPG threat, but it may not be sufficient to change the political reality on the ground. The Assad regime neither has the capacity, nor the motivation to confront the YPG or the PKK. There should be broader reassurance to Turkey by Russia and the U.S. about the YPG, but the two have separate agendas in the regions.

Ankara thinks that Washington is gaining time by delaying the implementation of the Manbij deal. Disagreements between different U.S. agencies and institutions, about how to deal with the withdrawal from Syria and how to engage with the YPG, may be real but these disagreements and confusions may also be exaggerated to keep the issue unsettled with Turkey.

The recent moves by American officials are important, especially James Jeffrey, who is currently the special representative for Syria Engagement and special envoy to the Global Coalition to Defeat Daesh and is trying to coordinate U.S. efforts to deal with post-American withdrawal Syria.

Jeffrey’s efforts to harmonize policies with Turkish officials are promising, but Ankara is still concerned whether these efforts may be spoiled by the unexpected moves of some other institutions/officials. The damaged trust between Turkish and American officials, due to the U.S.’ broken promises on the YPG is still a matter that slows down cooperation between the two countries.

Moscow is also trying to prevent the deal between Turkey and the U.S. over the YPG in attempting to demonstrate that regime forces are willing to fill the vacuum that will be left by American withdrawal.

In addition, Russia would never want to completely avoid the PKK/YPG option, in case they may have disagreements with Ankara. The YPG is benefiting from the efforts of both Moscow and Washington. Though Ankara is coming closer to a better understanding and coordination with both capitals, compared to earlier periods, there are still too many contingencies that may spoil the shared efforts at any time.

The backbone of any deal with Russia and the U.S. depends on how they will engage with this terrorist organization in the future. None of the actors offer a clear guideline and road map on the issue. This is a concern for Turkey because all the actors, including the Syrian regime, are trying to keep their options open with the YPG.

All the actors are trying to hold on to the YPG card as potential leverage against Turkey. Their choices and guidelines concerning the YPG are not clear and therefore not realistic, according to Turkish authorities. Efforts to keep the status of the YPG ambiguous by Turkey’s counterparts may be a tactical move, but such tactics only strengthen the option of a military strategy against the YPG in Ankara.

The PKK and YPG’s presence in the region is the most significant obstacle for Turkey to formulate a more constructive strategy for the Kurds in the region. The normalization and reintegration of Turkey’s relations with the region are contingent on its holistic Kurdish strategy.

As seen in the recent northern Iraq attack against Turkish military bases in the town of Shaladze, the PKK is mobilizing local Kurds against Turkey and trying to portray the picture of a Turkey that is hostile against the Kurds. Any provoking actions and any mobilization serves the interests of the terrorist organization, and Turkey is concerned about the spread of such provocations.

The YPG and PKK are the most critical obstacles against the normalization of relations between Turkey and the Kurds in the entire region. Turkey’s counterparts in Syria have regularly advised Turkey to focus first on other issues such as dealing with Daesh, dealing with the Hayat Tahrir al-Sham (HTS), al-Nusra Front or other problems. So far the status of the YPG has always been postponed to another stage of talks. For Turkey, it is the moment where any other significant political move cannot be made without clarifying its counterparts’ strategies about the YPG.
[Daily Sabah, 1 February 2019]
Share

Turkey to take matters into own hands against terror
Previous

Syria conflict calls for a diplomatic solution
Next
Loading...
Loading...
We use cookies to ensure that we give you the best experience on our website. If you continue to use this site we will assume that you are happy with it.Ok