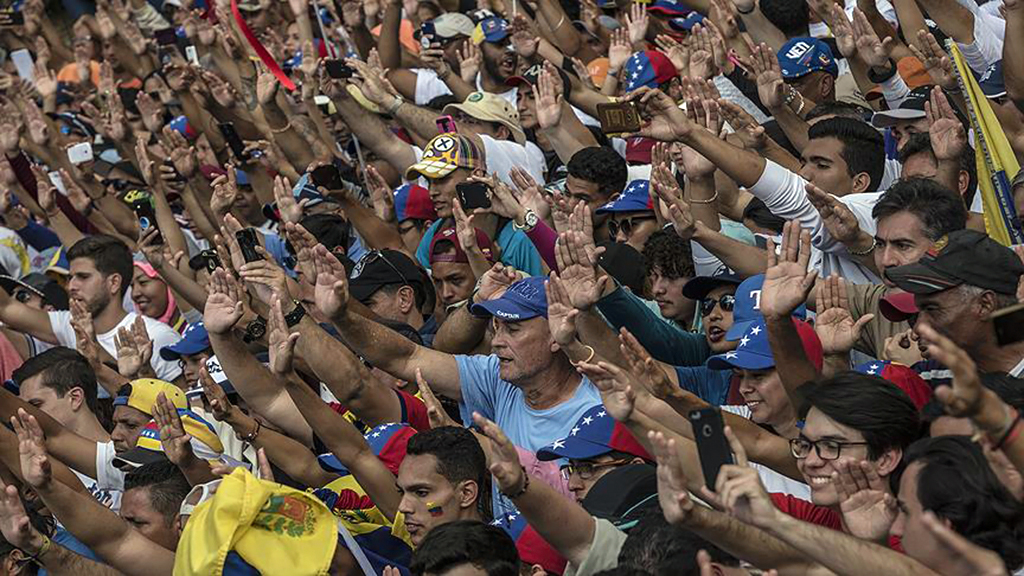 The Western perspective of democracy: The Venezuelan case

An American intervention in the ongoing crisis in Venezuela will not solve the problem; it will make the situation in the country worse

Therefore, Western countries oppose any state that asks for political autonomy and economic independence in any part of the world, irrespective of its ideology and civilization identity. Accordingly, “nationalization” (of oil, copper mines, politics, economic structure, etc.) has been considered one of the main reasons for Western-led military coups. Throughout American hegemony, the world has witnessed many examples of distortion of democracies and in some of them the U.S. has officially accepted its role in the military coups or coup attempts.

The U.S. and other Western countries have encouraged, pioneered, organized and orchestrated many military coups and coup attempts in the non-Western world. For instance, Western countries encouraged the Ukrainian people to protest the government of the pro-Russian Victor Yanu

kovic. Large-scale protests led to the overthrow of the government, but also the dismemberment of the country. The eastern regions of Donetsk and Luhansk are under the control of pro-Russian militia groups, while the Crimean Peninsula was annexed by Russia.

Similarly, Western countries orchestrated and praised the military coup against Egypt’s only elected government. Since then, all Western countries have been full-heartedly supporting the Abdel-Fattah el-Sissi government, a military regime which was established after the killing of several thousands of innocent civilians. Western countries have been providing all kinds of diplomatic, political and economic support to the el-Sissi government. For instance, French President Emanuel Macron, who strongly opposes the Maduro administration due to the latter’s anti-democratic policies, visited Cairo and met with el-Sissi on Jan. 28. It is clear that Macron prioritizes his country’s economic and strategic interests to human rights violations.

For the last few years, the U.S. government got rid of the most anti-American governments in Latin America. For example, the U.S. intervention led to the removal of the socialist Dilma Roussef in Brazil after a “silent coup.” Similarly, the U.S. tried to orchestrate a military coup against Hugo Chavez of Venezuela, but failed to overthrow his government.Nowadays, the U.S. has reinitiated a new process in Venezuela to complete unfinished business, and therefore, it has been intervening in the domestic affairs of Venezuela and has been trying to change the government of President Nicolas Maduro.The U.S. has been imposing heavy economic sanctions against Venezuela. The country is unable to sell its oil as the U.S. has been discouraging and threatening international economic actors to invest in the country. American pressure on the Maduro government has led to a deep economic crisis. Ironically, the U.S. government claims to have been trying to save the country from an economic crisis, in which it plays a major role.

An American intervention in the Venezuelan crisis will not solve the problem, it will make the situation in the country worse. It seems that the country is divided into two opposing blocs, under the leadership of President Maduro and the opposition leader Juan Guaido. Any external or international intervention will cause a civil war. With this polarized political atmosphere, it will not be easy to stabilize the Venezuelan political system and to solve the economic crisis. The resistance of the Maduro government means the continuation of the American and European pressure. The change of the government, either with the support of the U.S. or an international body, may lead the country into a civil war. We hope that history will not repeat itself in Latin America; that is, a military regime which may end up with thousands of political prisoners and systematic human rights violations, will not be established in Venezuela.

Analysis: Interfactional dynamics and the future of Idlib
Previous

Trump's America: Failed withdrawal or worse?
Next
Loading...
Loading...
We use cookies to ensure that we give you the best experience on our website. If you continue to use this site we will assume that you are happy with it.Ok