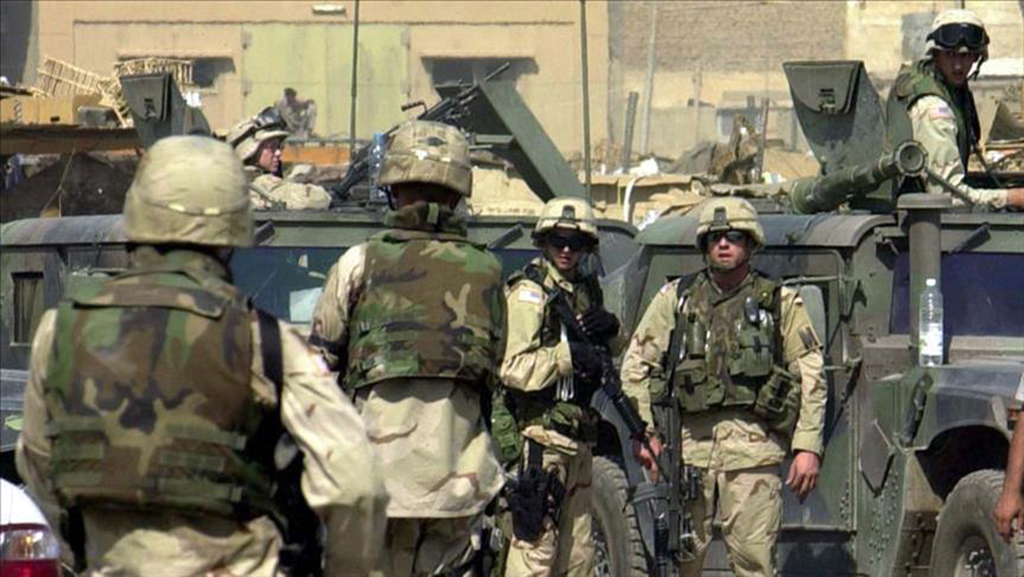 Over 600 US troops arrive in Syria to secure withdrawal. US air bases in Syria’s Harab Isk and Sarrin village to be main evacuation centers | 28.01.2019 (AA)

Lost in the Middle East

Since the beginning of the Arab uprisings and revolutions in 2011, Turkey has been targeted by Western states because it has been supporting the demands of regional powers and its people.

Since the beginning of the Arab uprisings and revolutions in 2011, Turkey has been targeted by Western states because it has been supporting the demands of regional powers and its people. Due to its rapid economic development and consolidation of democratic institutions, Turkey was proposed as a model for Middle Eastern countries by Western powers throughout the first decade of the 21st century. Turkey began to diversify its economic relations and political dialogue. In this context, it improved its relations with Middle Eastern countries and attempted to establish an axis of stability.

It is clear that the modern Middle East was established by colonialist Western countries after the dismemberment of the Ottoman Empire. Turkey’s active involvement in regional affairs was coined as the return of Ottoman order to the region, and Turkish policies countered the imperialist dependent regional order. Not surprisingly, with the Arab insurgencies, the United States and other Western countries felt threatened by the wave of radical changes.

At this point, the U.S. mobilized the United Arab Emirates (UAE) and Saudi Arabia to reverse the process in the region. Then, these two states orchestrated a military coup in Egypt, intervened in the Yemeni civil war, supported Gen. Khalifa Haftar in Libya and de facto divided the country, and attempted to punish the Qatari state due to its support for the Arab streets. The UAE and Saudi Arabia began to sponsor destabilization forces in the Middle East in order to prevent the collapse of authoritarian regimes in the region.

Nowadays, by investing in the two Gulf monarchies, the U.S. under the leadership of Donald Trump simultaneously alienates Turkey and Iran, the two most important regional players. At a time when China is challenging the American economic system and Russia challenges the American military power in the Middle East and in the Eastern Mediterranean, the U.S. is facing many difficulties in overcoming these challenges. To top it off, the U.S. has begun to lose its traditional allies, including Turkey.The relative decline of the U.S. hegemony has led to confusion and uncertainty regarding American policies for the region. Considering their resources, it could be said American alienation of the regional heavyweight powers, namely Turkey and Iran, and basing its regional strategy on the Gulf monarchies, namely the UAE and Saudi Arabia, is not sustainable.

The U.S.’ policy in Syria is the best example of Washington’s confusion and uncertainty in the region. It has chosen to ally with the Democratic Union Party (PYD) and the People’s Protection Units (YPG), both PKK affiliates in Syria, and has pushed Turkey to cooperate with the main supporters of the Bashar Assad regime, namely Russia and Iran. Washington’s military, diplomatic and financial support of the PYD/YPG has led to widespread anti-Americanism in Turkey.The U.S. is facing a predicament in the Syrian crisis. On one hand, if it withdraws from Syria, after arming the PKK’s Syrian affiliates and establishing a buffer zone to protect them against a possible Turkish cross-border operation, Turks will consider the U.S. a hostile power.

Furthermore, a complete American withdrawal will solidify Iranian and Russian positions and therefore strengthen the Assad regime – both unwanted results for the U.S. On the other hand, if the U.S. continues to exclude Turkey and look for other options in Syria, the results will be similar to a quick withdrawal from Syria. That is, it will benefit the Assad regime, Iran and Russia.In conclusion, Washington’s reliance on destabilizing actors in the Middle East contributes to the loss of trust in the American hegemony, the loss of traditional allies and the strengthening of its global rivals. As a result, the cost of the American regional policy increases. Considering that the real challenges for American supremacy emanate from other regions and the American dependence on the Middle East decreased after the exploration of shale gas, the U.S. must consolidate its relations with its traditional allies for a more effective policy in the region, as a destabilized Middle East still has the potential to negatively impact the U.S.’ power worldwide.

The opposition's electoral alliance in Turkey a self-defeating act
Next
Loading...
Loading...
We use cookies to ensure that we give you the best experience on our website. If you continue to use this site we will assume that you are happy with it.Ok