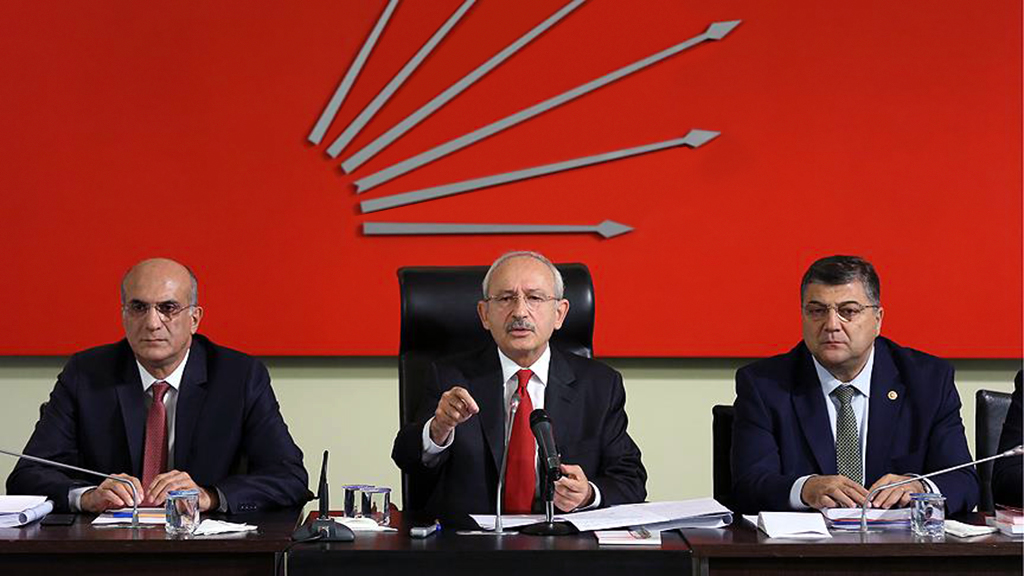 The opposition’s electoral alliance in Turkey a self-defeating act

Ahead of the March 2019 municipal elections, battle lines have been drawn across Turkey's political arena.

Ahead of the March 2019 municipal elections, battle lines have been drawn across Turkey’s political arena.

In the red corner is the People’s Alliance, which traces its origins to the popular resistance against the coup plotters in July 2016. The Justice and Development Party (AK Party) and the Nationalist Movement Party (MHP) joined forces again to consolidate the presidential system, which the country formally adopted in 2018, and fight against the various forces trying to stop Turkey in its tracks. In the words of President Recep Tayyip Erdoğan, the two parties are united by “a bare maximum” and their partnership is strategic.

In the blue corner, we find a tactical alliance between Kemal Kılıçdaroğlu, the Republican People’s Party (CHP) chairman, and others. That partnership is tactical, because it does not promote an affirmative agenda for Turkey’s future. Instead, the Nation Alliance’s raison d’etre is to remove Erdoğan from power and challenge the AK Party’s long-standing status as the dominant force in Turkish politics. For that purpose, it is able to facilitate cooperation between political movements with contradictory views, including neo-Kemalists, Kurdish nationalists and leftists, under the same umbrella.

Kılıçdaroğlu and Co. is bigger than a formal alliance between CHP and the Good Party (İP). By not contesting municipal elections in seven districts, including Istanbul, Izmir and Adana, the Peoples’ Democratic Party (HDP) threw whatever weight it has behind the CHP campaign. In other words, CHP and HDP, which worked together tacitly in the June 2018 general election, took their relationship to the next level. In addition to reaching a tactical agreement with the marginal Freedom and Solidarity Party (ÖDP), Kılıçdaroğlu has been making overtures to the Felicity Party (SP) in the largely conservative Adıyaman province. The emerging opposition front is a feat of the CHP chairman’s electoral engineering. Hence the replacement of the Nation Alliance with Kılıçdaroğlu and Co.

Since taking over as main opposition leader, Kılıçdaroğlu lost eight consecutive elections against Erdoğan and failed to lead his movement to power. The CHP chairman makes up for his lack of popular support with two vital skills: First, he successfully clung on to power within the movement despite losing election after election. Most recently, Kılıçdaroğlu survived a challenge by Muharrem İnce, the CHP’s presidential candidate, and imposed his choices for mayoral candidates in Istanbul, Ankara and İzmir on various intraparty factions by timing his moves right. Even if the main opposition party loses the upcoming election, its leader will have a loyal group of mayors. There will be nothing but peace and quiet for Kılıçdaroğlu for the next four years.

The CHP chairman’s other strong suit is electoral alliances. Having led the opposition campaign in the June 2018 election, Kılıçdaroğlu took matters into his hands again ahead of the 2019 municipal races. This time around, he stopped beating around the bush and openly compelled his own party the CHP, the Good Party and the Felicity Party to break the HDP’s political isolation.

If you happen to wonder why breaking the HDP’s political isolation is a bad thing, you might want to recall that the party failed to distance itself from the terrorist organization PKK when it returned to violence in July 2015 and turned urban centers across southeastern Turkey into a battlefield. Several politicians who served in the HDP leadership at the time, including Selahattin Demirtaş, face terrorism charges today. Even though the party itself is not illegal, it certainly made no effort to leave behind its troubled past.

Ethno-separatist movements face severe responses in many countries, including Spain, even if they are not involved in acts of terrorism. In Turkey, the HDP walks a fine line. Hence Erdoğan’s most recent comments about the movement: “The HDP equals the PKK equals the YPG/PYD [People’s Protection Units/Democratic Union Party]. To be clear, the leaders of those organizations themselves say the same thing. That the Good Party and the Felicity [Party] joined forces with them is beyond comprehension.”

Kılıçdaroğlu’s election strategy throws a lifeline to the HDP – even through it threatens to alienate nationalists among CHP and IP voters. In doing so, he adds identity crisis to the toxic mix of fragmentation among party elites. Ironically, the CHP chairman’s tactical achievements pave the way to a future strategic defeat. The bad news for his allies is that they stand to lose more than Kılıçdaroğlu himself.

Lost in the Middle East
Previous