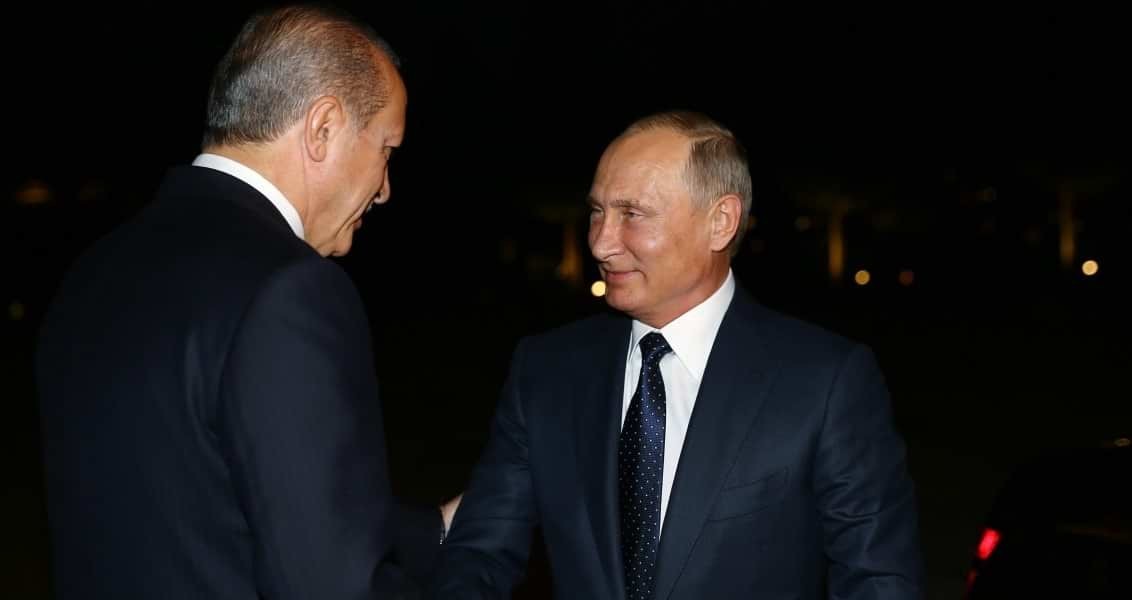 Cooperation with Russia and Iran: is Turkey Joining the Eurasian Axis?

Turkey's Western allies, which conveniently turned a blind eye to Ankara's vital interests, have effectively compelled the Turks to work more closely with Moscow and Tehran.

In recent months, Turkey has been engaging in intense diplomacy with Russia and Iran. After a friendly meeting with Russian President Vladimir Putin, President Recep Tayyip Erdoğan traveled to Tehran to hold talks with Iranian President Hassan Rouhani and Supreme Leader Ayatollah Ali Khamenei on the most recent developments in northern Iraq and take bilateral relations to the next level.

Meanwhile, the Astana process has encouraged Turkey and Russia to work more closely in Syria, especially around Idlib and Afrin. Likewise, Kurdistan Regional Government (KRG) President Masoud Barzani’s independence referendum has pushed Ankara closer to Tehran. If the two countries can develop a common position on the PKK, they could cooperate more closely in Syria despite their differences.

Provided that Turkey’s cooperation with Russia and Iran on political matters coincided with increasingly structural tensions with the United States and the European Union, one cannot help but ask the question if Turkey is shifting toward the Eurasian axis. The Justice and Development Party (AK Party) government’s adoption of harsh counterterrorism policies and the “national and native” discourse, as such, are being treated as proof of its adherence to a right-wing, nationalist and even Kemalist position. Since that debate kicked off, I have disagreed with the argument that Turkey was turning its back on the West and its face toward Eurasia.

At a time when it is clear that Turkish foreign policy can no longer revolve around the United States and the European Union alone, the idea that the country can exclusively rely on Eurasian powers is, for lack of a better expression, out of touch with reality. It is not possible to ignore the differences of opinion between Russia and Iran to suggest that they form a monolithic axis. What ultimately matters most to Turkey is to maximize its national interests.

Moreover, engaging in an essentialist discussion about an axis shift at a time when the world is heading toward an era of uncertainty and the transatlantic alliance crumbles is not only meaningless, but also unhelpful. Quite the contrary, adopting that language would limit Turkey’s options.

The axis shift debate has been revived since Turkey’s interests remain at odds with its Western allies. At the heart of that disagreement lies the futures of Syria and Iraq. As such, the main problem is that the United States and the European Union have not been able to create a framework to cooperate with Turkey regarding the futures of its southern neighbors, not to mention their policies on the Gülenist Terror Group (FETÖ) and the PKK.

Let us for a moment leave aside the European Union’s isolationist and ineffective Syria policy, which has primarily focused on refugees and foreign terrorist fighters. Washington, likewise, has gradually adopted a Syria policy that will eliminate the moderate opposition, boost the influence of Russia and Iran and transform the Syrian PKK affiliate Democratic Union Party’s (PYD) People’s Protection Units (YPG) militia into some kind of standing army.

If Ankara and Washington cannot agree on forcing Barzani to backtrack on the independence referendum, their relations will be haunted by a new wave of tensions. Especially if the U.S. raises objections to Turkey’s cooperation with Iran instead of putting itself in Turkey’s shoes, temporary tensions could evolve into a structural disagreement.

Ankara’s Western allies, who conveniently turned a blind eye to the country’s vital interests, have effectively compelled the Turks to work more closely with Moscow and Tehran. To be clear, Turkey is not after power and influence but has concerns about its territorial integrity – an existential threat.

Brexit, the rise of populism, the growing power of neo-Nazis in Germany and the Catalan independence referendum added to the European Union’s existing problems. Under the circumstances, it would be wise for German Chancellor Angela Merkel and French President Emmanuel Macron, who are trying to reform the European Union, to adopt more positive policies towards Turkey.

Threats by certain European leaders to suspend membership talks with Turkey created a geopolitical vacuum that places the interests of Ankara and Brussels alike at risk. Western capitals could turn over a new leaf in their relations with Turkey by distancing themselves from PKK and FETÖ terrorists. Meanwhile, Washington must stop trying to talk Turkey into turning its back on Russia and Iran.

5 Questions: The Idlib Operation
Next
Loading...
Loading...
We use cookies to ensure that we give you the best experience on our website. If you continue to use this site we will assume that you are happy with it.Ok