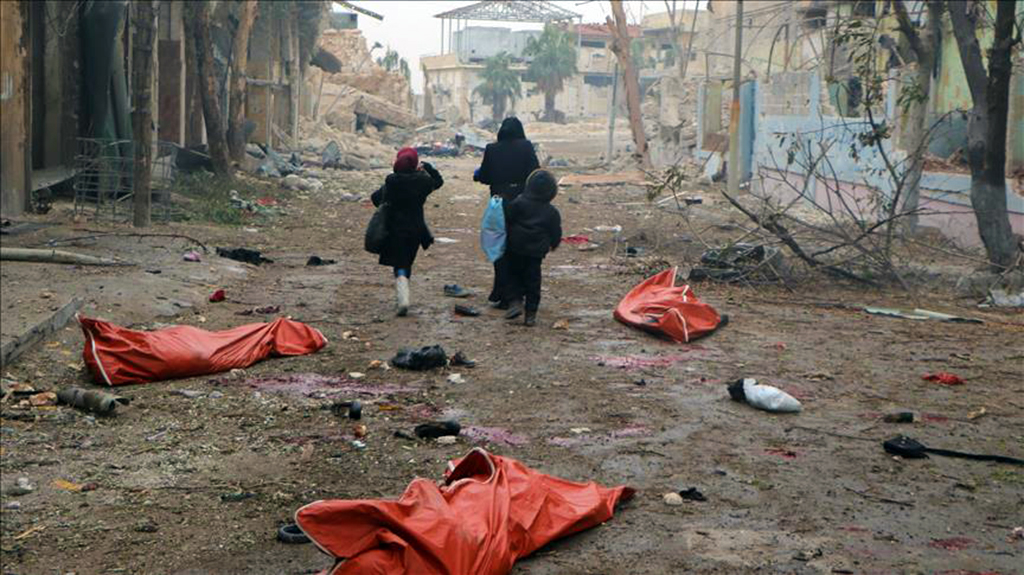 The U.S.' withdrawal from Syria is a significant step that will influence the future of the Syrian crisis.

The U.S.’ withdrawal from Syria is a significant step that will influence the future of the Syrian crisis. The main reason for this decision is the determined stance of the Turkey and President Recep Tayyip Erdoğan.

Turkey and the U.S., two close allies as members of NATO since 1952, have been contradicting each other in the Middle East for the last several years. The alliance was shaken by Middle Eastern developments, with the two countries’ perspectives and projections regarding the region differing – or quite frankly, remaining primarily opposite.

The turning point was the opposite Turkish and American stances for the July 2013 military coup in Egypt. While the U.S. gave its consent to overthrow the elected government of Mohammed Morsi, Turkey stood against the coup and supported the restoration of the democratically elected government in Egypt. With the support of the U.S. and other Western countries, regional countries such as the United Arab Emirates and Saudi Arabia turned the so-called Arab Spring into an Arab “winter” by destabilizing all the new regimes and not allowing them to be successful.

Later, Washington stopped supporting opposition forces in Syria and remained silent against all the atrocities committed by the Bashar Assad regime. Furthermore, the reluctance of Washington led the way for Russian interference in the Syrian crisis and its dominance in the region. On the contrary, Turkey continued to support the moderate Syrian opposition and to provide humanitarian assistance to the Syrian people both in Turkey and in the war-torn country.

During the Donald Trump administration, the U.S. has attempted to support revisionist regional powers such as the UAE and Saudi Arabia and local powers such as the PKK affiliated People’s Protection Units (YPG) and the Syrian Democratic Forces (SDF). Thus, the U.S. began to contribute to regional destabilization rather than consolidation.

Encouraged by the Trump administration, the UAE and Saudi Arabia imposed sanctions and implemented a blockade on Qatar. Turkey, with Iran, prevented these revisionist and irredentist states from changing the regional balance and defended Qatar against Riyadh and Abu Dhabi.

However, for Turkey, the direct American support of the YPG was an urgent issue when compared to the others. While other regional crises play a relatively secondary role for Turkish national interests, the American support, including arming, educating and training YPG militants, was considered a direct threat to Turkey’s national security. The American-YPG cooperation incited a fierce reaction from Ankara; anti-Americanism increased to almost 80-90 percent in Turkey. That is, not only Turks who are close to the Justice and Development Party (AK Party) government, but also those in opposition strongly blamed the U.S. government for its support for the YPG. The issue is not a clash between Turkey and the U.S., a middle power and a superpower, but instead about the importance of the problem for each state. Turkey could not compromise on this issue, but the U.S. was more flexible about the crisis and able to negotiate the issue with Turkey.

Besides the Middle Eastern developments, bilateral issues were also raised as vital problems between the two countries. The American stance toward the coup attempt in Turkey in July 2016, the hosting of leading Gülenist Terror Group (FETÖ) members in the U.S., Washington’s refusal to sell air defense systems to Turkey and the U.S.’ attempt to punish some Turkish economic actors claiming they violated the American sanctions against Iran are some of these problems. Nevertheless, it seems resolving the PKK/YPG issue has become the primary precondition for normalization of bilateral relations.

Furthermore, it is not a secret that American domestic politics have been playing a significant role in Turkish-American relations. While some actors and individuals are relatively anti-Turkey, others do not want their longtime ally to be alienated. While the first group of actors thinks that the U.S. does not need Turkey anymore, the pro-Turkish actors believe that Turkey is still very important for American interests. The loss of Ankara as an ally will most likely lead to a change of the balance of power between NATO and Russia in both the Black Sea and eastern Mediterranean regions.

Several significant steps taken by the Trump administration such as granting a waiver to Turkey regarding the Iranian sanctions, approving the sale of Patriot missiles to Turkey and withdrawing from Syria are positive steps toward restoring Turkish-American relations. Considering the recent ups and downs along with many broken promises, the sustainability of these recent moves is quite important.

Trump's withdrawal decision may boost ties with Ankara
Next
Loading...
Loading...
We use cookies to ensure that we give you the best experience on our website. If you continue to use this site we will assume that you are happy with it.Ok