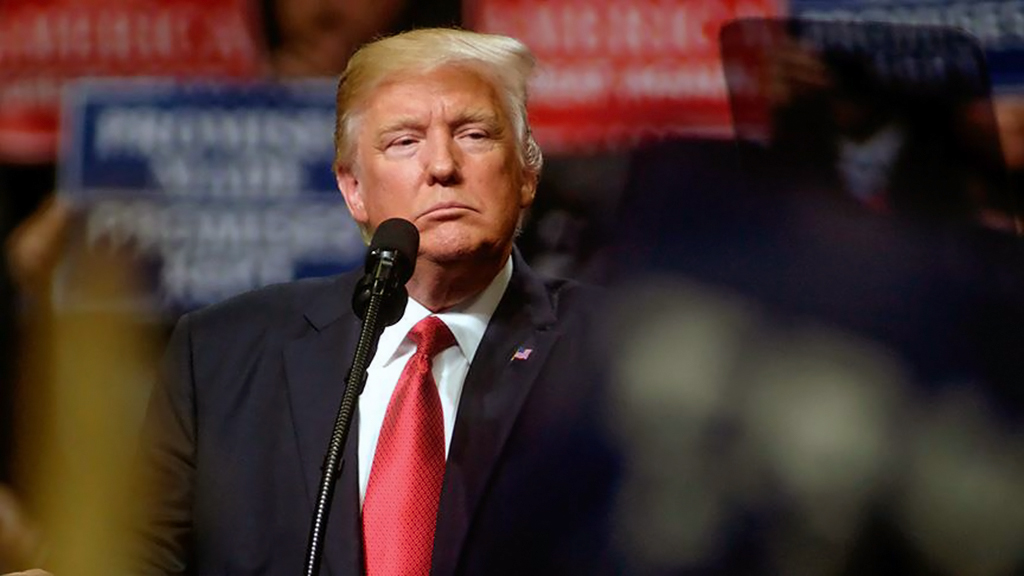 Trump damages the global system the US established

The Trump administration is destroying the system that the U.S. established in the wake of World War II by alienating its long-time allies

Over the last several years, U.S. administrations have forced Turkey to cut off foreign relations with the Western world. The more the Justice and Development Party (AK Party) government under the leadership of President Recep Tayyip Erdoğan follows an independent foreign policy, the more Washington alienates Turkey.There are several reasons behind the tense bilateral relations. For instance, the longtime alliance established during the Cold War period began to weaken after the collapse of the Soviet Union and the bipolar global system, as Turkey no longer served as the front country of the NATO alliance. Second, Turkey is no longer underdeveloped and dependent. The Turkish political system was under the tutelage of a bureaucratic oligarchy, and its economic structure was backward. As one of the leading economic and political actors in the global system, Turkey is now a member of the G20. For the last 15 years, it has been one of the fastest-growing countries in the world.

Instead of trying to understand the pace of the changes in Turkey, U.S. administrations have reacted negatively, with the last two administrations under Barack Obama and Donald Trump demonstrating indifference toward Turkey’s security and political concerns. Washington refused Ankara’s requests to purchase air defense systems and American missile systems. When Turkey decided to acquire air defense systems from other sources, such as China and Russia, the U.S. issued threats meant to deter Turkey from buying non-Western defense systems.

Furthermore, the Obama and Trump administrations have both supported anti-Turkish forces considered terrorist organizations by Turkey and the U.S., namely the PKK and the Gülenist Terror Group (FETÖ), the group responsible for the July 15, 2016 coup attempt. While the first was declared a terrorist organization by the U.S., Washington has not hesitated to support it and its Syrian affiliates, the Democratic Union Party (PYD) and its armed wing, the People’s Protection Units (YPG) – despite the fact that the PKK and its affiliates have been trying to challenge Turkey’s territorial integrity for decades. By supporting the PKK, PYD and YPG, the U.S. has violated its own laws. On the other hand, U.S. administrations have not only been supporting FETÖ, but also hosting its leaders in U.S. institutions who support terror group both financially and diplomatically.

Furthermore, Washington continues to support anti-Turkish governments in the Middle East. The White House has motivated, if not forced, them to polarize regional politics. Thus, with the increase of tension and enmity in the region, the U.S. can sell more weapons to the regional players. Therefore, Trump’s opposition of Iran has forced Arab countries such as the United Arab Emirates (UAE), Saudi Arabia and Egypt to act as well.

These anti-Turkey positions, especially the U.S.’ support for the PKK and FETÖ, has caused a dramatic rise in anti-Americanism in Turkey, which has reached more than 90 percent. That is, due to the U.S.’ support of anti-Turkey actors, all major political actors and societal groups stand behind the government against the American pressure.

Trump has added new dimensions to these increasingly tense relations. His personal, impulsive and unilateral decision making has made bilateral relations even more problematic. In addition to economic and political rifts, Trump has added a theo-political dimension to the bilateral relations by exploiting the Pastor Andrew Brunson case for domestic consumption. Trump’s main concern is to consolidate the votes of conservatives and avoid a possible impeachment process. In the end, he needs the support of the strong political groups in the U.S.

It seems that the U.S. administration will continue to take political and economic measures against Turkey; however, the U.S. needs to realize that this negative stance will not serve its interests. Ignoring and alienating Turkey will force Ankara to increase its cooperation with other regional and global powers. Currently, the Trump administration is destroying the system that the U.S. established in the wake of World War II by alienating its long-time allies. In the end, such unilateral and vulgar foreign policies are not sustainable.

Turkey's transformation under AK Party to be discussed at SETA conference
Next
Loading...
Loading...
We use cookies to ensure that we give you the best experience on our website. If you continue to use this site we will assume that you are happy with it.Ok