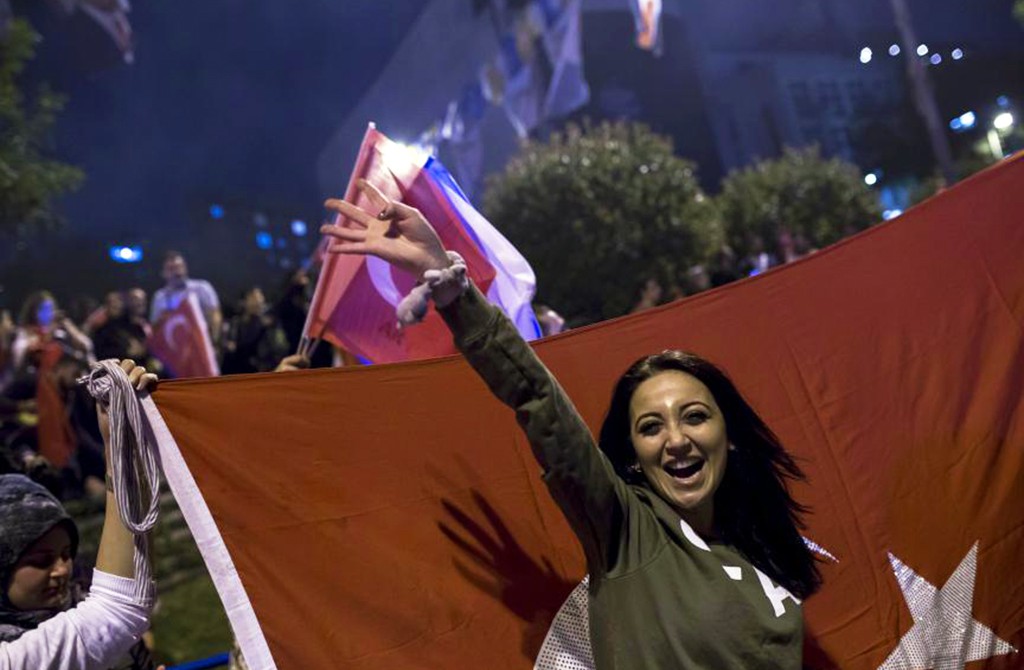 The future direction of Turkish politics

The June 24 elections marked the beginning of a new era in Turkish politics. Over the next five years, Turkey will enjoy political stability and concentrate on the presidential system’s institutionalization. Having created a new system of government, President Recep Tayyip Erdoğan will seek to take a leap forward in public policy. This is the beginning of a period of comprehensive transformation in a range of areas, including the economy, education, counterterrorism and foreign policy. Needless to say, this won’t be a walk in the park for any players in the political arena. Therefore, the battle between competing interpretations of the election results won’t last long.

Political players that draw the right lessons from the June 24 elections will successfully adapt to changing circumstances. The rest will be completely eliminated in the 2023 elections. By saying that he “received the message” during his balcony speech on Sunday evening, President Erdoğan pledged to continue updating the Justice and Development Party (AK Party). Ahead of the March 2019 municipal elections, the movement has no choice but to mobilize its resources and reach out to all social groups.

Although the 10-percent gap between Mr. Erdoğan and the AK Party isn’t a huge problem, there is reason for the movement to worry about the nearly 8-percent decline in its popularity compared to the Nov. 1, 2015 parliamentary elections. Moving forward, the AK Party’s only choice is to promote local representation and maintain close control over all players. Still, the most important question is what lies ahead for the People’s Alliance. If the Nationalist Movement Party (MHP) performs its “monitoring” duties in line with President Erdoğan’s political vision, then the presidential system will be consolidated within the next five years. The MHP, in turn, will benefit from this process of consolidation after having been “rewarded” by conservative voters for its post-July 15 approach.

By contrast, the transformation of the Republican People’s Party (CHP), which has been losing for 16 years, is a never-ending story. The strong reaction of CHP supporters on election night established that the question of change is quite complex. The movement needs a new chairman, ideology and base. As such, there will be a leadership debate within the CHP for some time. Having claimed that the CHP’s presidential candidate, Muharrem İnce, “performed below expectations” and announced that there was no room in his party for “people with a love for leadership positions,” the CHP Chairman Kemal Kılıçdaroğlu knows perfectly well that he will stay in charge if he can survive this post-election storm. As in the past, he wants to silence his critics by pretending to be successful.

Again, Mr. Kılıçdaroğlu’s refusal to congratulate President Erdoğan on his election victory was a futile attempt to escalate tensions. After all, resorting to anti-Erdoğanism is a sure-fire way for him to ignore incessant calls by his party’s supporters to step down and make room for Mr. İnce. Nonetheless, the presidential election’s runner-up, who said his journey will continue until Turkey welcomes all citizens and is planning a nationwide tour, faces an uphill battle. If he cannot challenge Mr. Kılıçdaroğlu for party leadership, his success in the presidential race will soon be forgotten. As a politician with no parliamentary seat, he won’t be able to stay ahead of the CHP in the long run. Even if he manages to stay relevant, the CHP oligarchy will accuse him of dividing and tearing apart the party.

Meanwhile, I do not believe that Mr. İnce’s popularity over the past 50 days has created enough momentum to successfully launch a new party. In Turkey, people still value party identity. Instead, he will probably travel around province to province to thank his supporters and continue to make news until next year’s local elections.

By contrast, we already know that there will be no leadership battle within the Good Party (İP). Still, Meral Akşener and her party – both underperformers – must find a way to break the blockade of CHP and MHP in terms of ideology and voters. Failure to take action will result in both parties chipping away at the İP base. As soon as the CHP recovers from the election trauma, it will take all kinds of steps to keep the Nation Alliance together.

It remains unclear how the Peoples’ Democratic Party (HDP) will behave in Parliament. Provided that Turkey’s counterterrorism efforts in Syria and Iraq will continue without interruption, the movement could end up failing to become more than just another radical and marginal group. After all, the HDP will have to adapt to the new system of government without having distanced itself from the PKK terrorist organization. Keeping in mind the HDP’s poor performance after the June 7, 2015 elections, it is possible to argue that the party will be unable to create a new platform to reverse its losses.

Western media hears what it wants to hear about Turkey
Next
Loading...
Loading...
We use cookies to ensure that we give you the best experience on our website. If you continue to use this site we will assume that you are happy with it.Ok