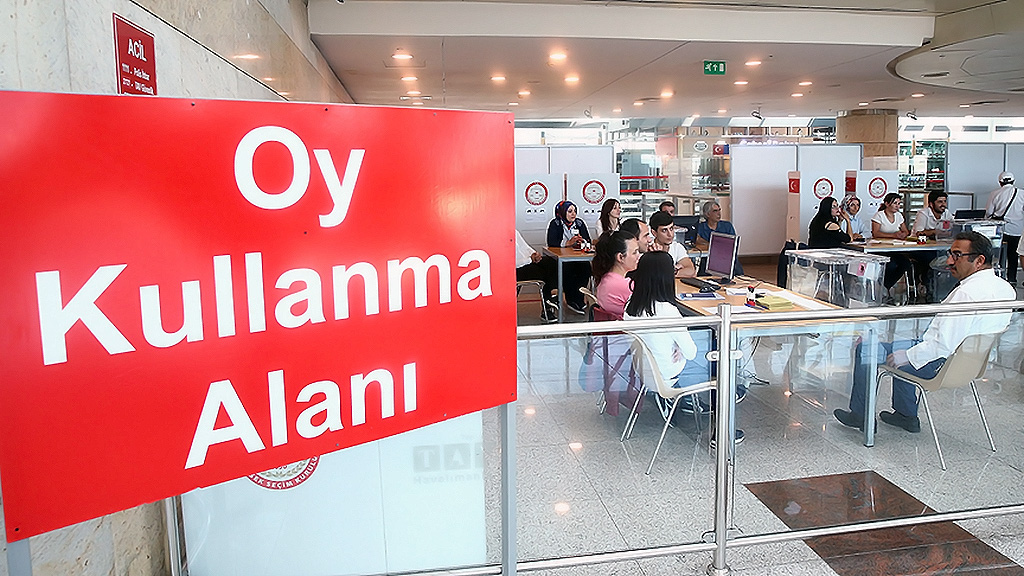 The June 24 parliamentary and presidential elections are one of the most critical elections in the political history of the Turkish Republic.

The June 24 parliamentary and presidential elections are one of the most critical elections in the political history of the Turkish Republic. The results of the polls will have long-lasting systemic effects. Turkey’s governing system and structure are transforming into an executive presidency where the popularly elected president will have command of almost all aspects of critical policy areas including foreign policy and national security. Bureaucratic institutions will be redesigned, and the officials that are appointed by the president will play a more central role in decision-making and implementation. There will be a more centralized and integrated framework of decision-making.

All the institutions related to foreign policy are expected to be under the Ministry of Foreign Affairs whereas there is an expectation for a position similar to the National Security Adviser that would oversee critical national security and foreign policy matters. The president’s office will be able to make more efficient decisions and avoid bureaucratic obstacles and procedures. This new style may at the same time have some risks, but in comparison to its risks, the new system will offer more advantages.

Turkey’s struggle against terrorism will be the top priority agenda item in Turkey’s foreign policy and security matters in the coming months. The PKK/Democratic Union Party (PYD) and the Gülenist Terror Group (FETÖ) will be the focus of Turkey’s fight against terrorism. The cross-border operations against the PKK will continue and even expand in Iraq and Syria. Turkey will try to collaborate with local partners in the struggle against the PKK/PYD and will strengthen its ties with friendly local partners by forming new alliances to deal with conflicts at their source. Joint efforts with Iran are critical for fighting PKK targets in the terrorist organization’s camps and training grounds in the Qandil mountains. Ankara will also try to improve its collaborative efforts with the Iraqi central government to deter the threat of various terrorist groups. Stabilization of the Turkish-Iraqi border is also essential for the strengthening of economic ties, trade and investment opportunities between two neighbors. Another critical issue for Turkey in the fight against terrorism will be the struggle against FETÖ.

Especially, FETÖ leaders that try to maintain their activities all over the world will be the primary focus of Turkey’s effort against this organization. Turkey will increase its diplomatic pressure on countries, especially Turkey’s NATO allies, to deal with the FETÖ threat internationally.The consultations and joint efforts with the U.S. that led to the Manbij deal will gradually be expanded to other areas. The process of gradual and reciprocal trust building is key to Turkey’s normalization of its relations with the U.S. in matters of national security and strategic partnerships. Turkish-American ties were tense due to Washington’s support to the People’s Protection Units (YPG) in Syria and American authorities’ unwillingness to help Turkey to deal with its existential FETÖ threat.

The U.S. Congress’ efforts to put an embargo on arms sales to Turkey is another issue that will halt strategic cooperation and thwart normalization and trust building between the two partners. There are still circles and strong lobbies in Washington that think using threats against Turkey and increasing the pressure on President Erdoğan is an effective strategy for boosting American interests vis-a-vis Turkey. Those circles and lobbies were even disseminating the idea of a regime change in Turkey in the last several years. This counterproductive strategy did not serve any key American interests in the past and only alienated Washington’s key regional ally, Turkey. It seems that the normalization of relations between Turkey and the U.S. will take longer and may be painful unless U.S. President Donald Trump takes strong steps by using his executive powers.

The Astana process between Turkey, Russia and Iran will continue to be the primary framework to stabilize Syria. The parties will continue to work together to find a common frame for a realistic political road map. There are still hurdles for the stabilization of Syria, as Assad feels more confident as he tries to expand his campaign over the opposition-controlled areas, killing more civilians. The critical balance between the U.S., Russia and the local, regional partners is the critical, crucial component of Turkey’s efforts to struggle against terrorism. A key incentive for Turkey in dealing with terrorist organizations in Syria is to create safe zones for civilians so that the Syrian refugees in Turkey may safely return to their country. The presence of more than 3.5 million Syrian refugees in Turkey creates problems and puts pressure on the Turkish government, especially on the local cities and provincial administrations bordering Syria. Erdoğan will increasingly feel domestic political burdens on his shoulders to deal with the problem of Syrian refugees in Turkey. Opposition parties’ criticisms of the government over the issue of Syrian refugees are finding some popular support. The Syrian civil war is a domestic issue for Turkey and efforts to find sustainable peace in Syria will continue to be a top priority for Erdoğan’s foreign policy.

President Erdoğan will feel empowered after his landslide election victory and will feel more comfortable dealing with critical national security issues vis-a-vis his international counterparts. Since Erdoğan will hold the office for the next five years with the robust parliamentary backing of his party together with the Nationalist Movement Party (MHP), his international counterparts will be more likely to work with him collaboratively. There will be a new game in Ankara concerning foreign policy and security policy, where the president will play a more central role. The rules of the new game will be shaped in the next several months. It is crucial for both Ankara and its international counterparts to adapt to this new game. In the short and medium terms Turkey’s priorities concerning foreign policy and national security will stay the same but how these priority issues are handled may have long-lasting consequences.

The future direction of Turkish politics
Next
Loading...
Loading...
We use cookies to ensure that we give you the best experience on our website. If you continue to use this site we will assume that you are happy with it.Ok