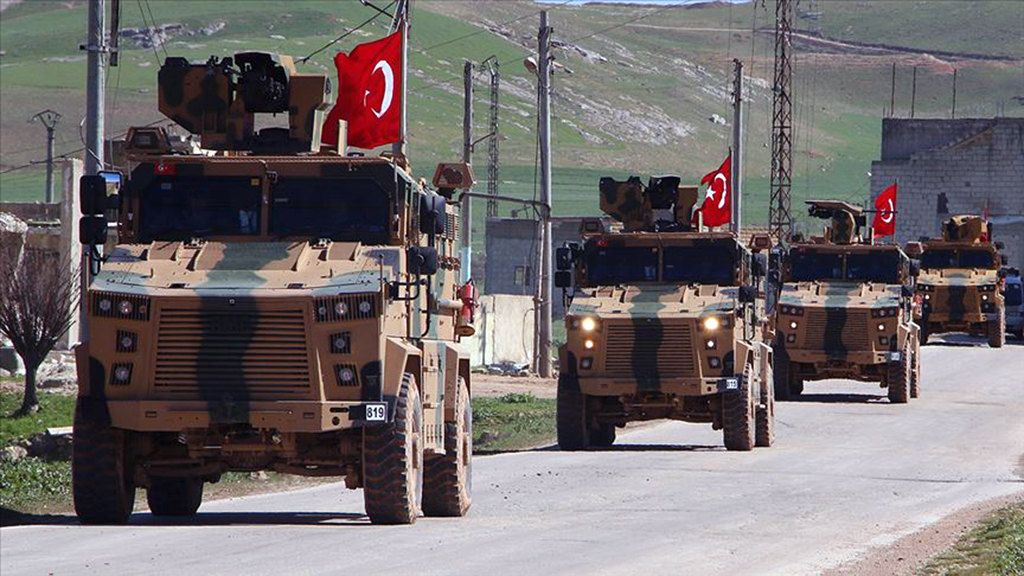 For the last several weeks the Bashar Assad regime forces have relaunched and gradually intensified airstrikes in northwestern Syria's Idlib..

For the last several weeks the Bashar Assad regime forces have relaunched and gradually intensified airstrikes in northwestern Syria’s Idlib. The picture from the ground was a repetition of the same gruesome shots seen by the international community during the regime’s previous attacks on the civilian population. A few years ago, we saw similar photos of the dead and wounded civilians from the streets of Aleppo. The regime’s strategy of generating fear and terror through airstrikes and depopulating the area from its inhabitants have been unchanged since the beginning of the civil war in Syria.

The insensitivity of the international community, particularly Western governments, has only perpetuated the level of atrocity and violation of all major international humanitarian norms. This time, on top of all its previous abuses, the regime launched these attacks in violation of the Astana agreement. Furthermore, it tried to provoke Turkish forces by targeting areas surrounding Turkish observation posts in Idlib. If the situation in Idlib persists, it can trigger different dynamics in the region and bilateral relations. First, in terms of humanitarian consequences, the airstrikes on Idlib may generate a massive refugee flow, together with a sharp increase in the number of internally displaced people (IDPs).

The situation of the IDPs in northern Syria can deteriorate further due to an acute shortage of food, the spread of diseases and dreadful living conditions.

Similarly, the flow of refugees to Turkey may further increase the country’s burden as it is already hosting more than 3.5 million refugees. Moreover, the attempts of some of these refugees to flee to European countries may lead to a serious humanitarian crisis in the Mediterranean and Aegean seas. We may see another major refugee crisis in Europe and in the last instance, we have witnessed how the EU had a hard time handling it.

Secondly, the attacks of the Syrian regime forces may have critical diplomatic consequences for the multilateral initiatives in regards to Syria. On the one hand, the capture and depopulation of Idlib will make a political solution in Syria extremely difficult.

The states that consider the Geneva process as the most essential pillar of a political solution need to take into account the meaning and significance of a Geneva process with Idlib under the regime’s control.

In addition to the damaging outcomes for the Geneva process, the Syrian regime’s Idlib operations may result in a crisis within the Astana framework. The attacks are a clear violation of this trilateral framework and endanger the future accords among these countries. Furthermore, the reaction of the Turkish public to the atrocities in Idlib can be extremely critical for the continuation of the cooperation among these nations.

The Turkish government’s warnings for the potential consequences of the atrocities of the Syrian regime need to be seriously taken into account by all of the major actors in international politics.

The attacks in Idlib, if they are not prevented in a very short period, may generate three different crisis at the same time. Such a humanitarian crisis will, in turn, trigger a diplomatic crisis that will make a political solution extremely difficult. It will also trigger a security crises that will threaten the border security of Turkey as well as all the other countries in the region.