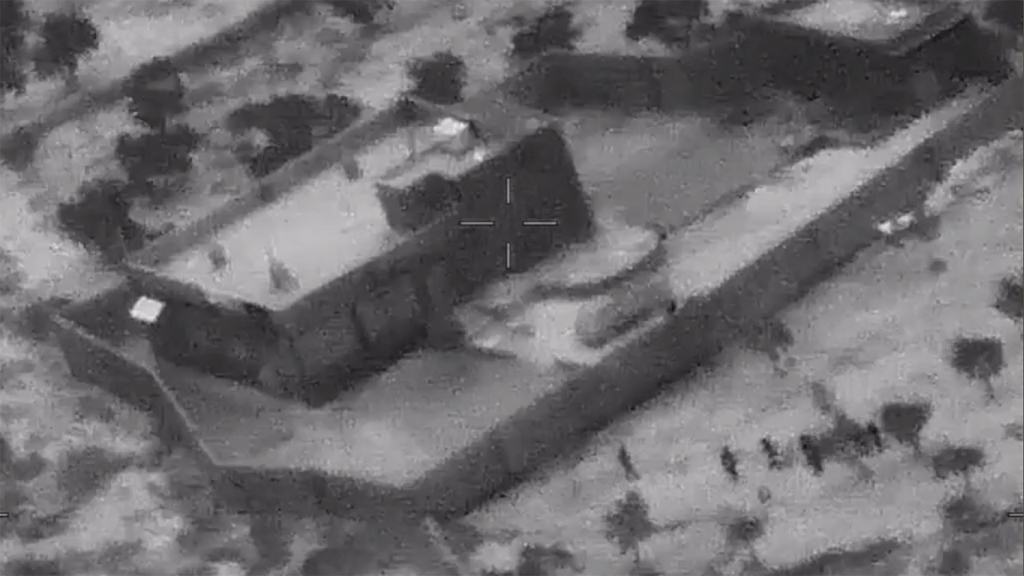 The Trump administration released video footage of the raid that led to the death of former Daesh/ISIS leader Abu Bakr al-Baghdadi.

The death of the Daesh leader is a significant development in the fight against the terror network. The literature on terror organizations argues that for terror groups utilizing religious discourse and religious framing for collective mobilization, the decapitation, death or imprisonment of leaders is a highly effective intervention.

Abu Bakr al-Baghdadi, the leader of the terror group Daesh, was killed in a military operation by American special forces around the Idlib area in northwest Syria. U.S. President Donald Trump announced the death of al-Baghdadi and celebrated the American struggle against Daesh with pride. This is a significant turning point in the global battle against Daesh, but this development does not signify a complete victory against the terrorist group. Decapitating the organization may lead to the mutation or transformation of the group.

At some point, Daesh was controlling cities like Mosul, Raqqa, al-Bab and Deir el-Zour in Iraq and Syria and claimed authority in many Muslim countries. Daesh operatives, militants and sleeper cells are still active in scores of countries around the world. Civil war-affected fragile states like Iraq, Syria and Libya are especially vulnerable to Daesh expansion. The recruitment of new militants for Daesh is still going on despite international opposition of the organization.

The Trump administration released video footage of the raid that led to the death of former Daesh/ISIS leader Abu Bakr al-Baghdadi.

The death of the Daesh leader is a significant development in the fight against the terror network. The literature on terror organizations argues that for terror groups utilizing religious discourse and religious framing for collective mobilization, the decapitation, death or imprisonment of leaders is a highly effective intervention.

Leaders of the terror networks that use religious ideology have unique spiritual control over those organizations. They are not just organizations acting according to their organizational schemas, but the leaders also possess spiritual authority for the followers. It may take some time and effort for the upcoming leader to possess the same authority.

The death of al-Baghdadi will have a significant impact on the transformation of the Daesh; however, it is still not clear whether the fight against this organization will be facilitated or more challenging.

What will happen to Daesh after the death of its leader is the pressing question. The organization may be restructured under a new leader; it may be fragmented along the leadership struggle; it may be wholly fragmented, and the autonomous cells may reinvent themselves as new organizations or align with other terror networks; the organization can mutate along new ideological lines; or some intelligence agencies can instrumentalize the fragments of the organization for different purposes.

A period of ambiguity will ensue in the coming months, and intelligence agencies will carefully scrutinize the evolution of the organization. Nobody predicts the complete decline of the organization with the death of al-Baghdadi because of some of the most significant structural conditions that facilitated the growth of Daesh, such as sectarian grievances in the region, fragile regional political environments, the organization’s global outreach capacity and its resource extraction capacity.

Most likely, the organization will evolve into something new, but this process will weaken Daesh, at least in the transition period. This period may be utilized for a more aggressive and coordinated struggle against the organization. Otherwise, Daesh may find new ways to adapt to the changing landscape.

In any case, the death of a terrorist organization is only possible if the idea behind the organization is completely abandoned; materially, the organization runs out of resources or fails to recruit new militants and continues to lose its followers. For the moment, the fragile and intense political environment in the region is a significant obstacle in the fight against Daesh.

There are protests in Iraq, Lebanon and widespread political unrest in the rest of the region. Such a fragile political context may allow for the emergence of all sorts of clandestine violent networks. There is still an environment for Daesh to evolve and survive in such a political context. Besides, some regimes also utilize “evil organizations” like Daesh to delegitimize resistance movements and opposition networks.

The struggle against Daesh should continue with significant international coordination. This beheaded organization may mutate into another entity or several entities. Countries neighboring fragile political environments like Turkey are especially vulnerable to those threats.

A long term and coordinated strategy to address the underlying sources and conditions that produced Daesh should be the primary goal. Unfortunately, almost all international actors are more interested in dealing with the outcomes of the terror networks’ activism rather than engaging in a more holistic struggle.

US seeks to punish Turkey for blocking PKK statelet
Next
Loading...
Loading...
We use cookies to ensure that we give you the best experience on our website. If you continue to use this site we will assume that you are happy with it.Ok