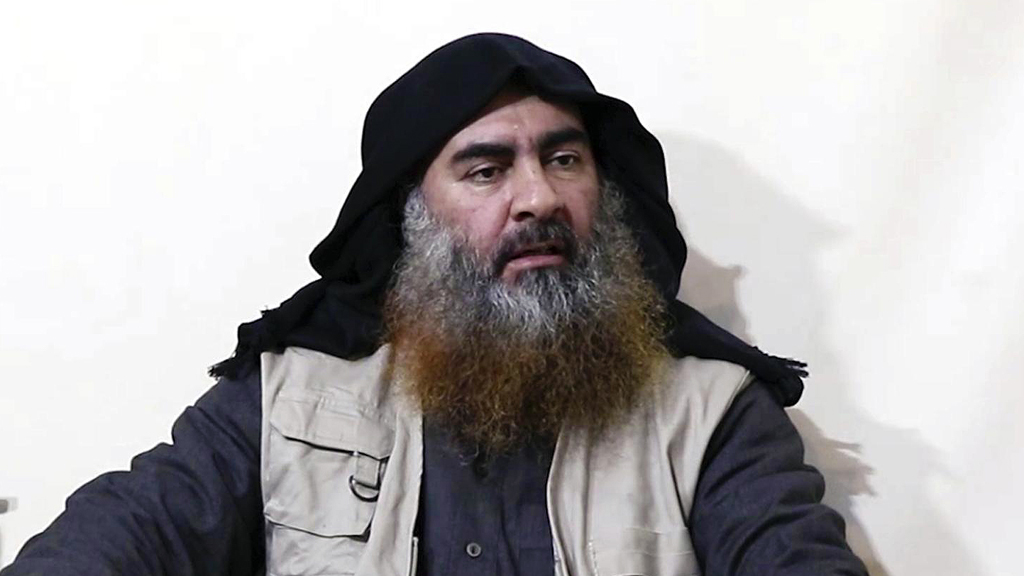 Abu Bakr al-Baghdadi, the leader and founder of Daesh terrorist group, was killed in a U.S. Special Forces raid Sunday. Baghdadi, whom U.S. President Donald Trump called “the world’s No.1 terrorist leader,” had to detonate his suicide vest in a tunnel in Idlib “like a dog” and “a coward.” Hardly anyone, however, expects Deash to die out completely despite losing its territory and, now, its leader – just as the 2011 death of Osama bin Laden did not end al-Qaida.

The same people who exploited the Daesh threat for a long time now seek to translate al-Baghdadi’s killing into popular support for the PKK-affiliated People’s Protection Units (YPG) in Syria. There are no points for YPG to score here, however. Its own leader, too, will share al-Baghdadi’s fate sooner or later.

Obviously, the death of a leader does have some influence on terrorist groups like Daesh: It makes them more radical. It is no secret that Daesh sleeper cells have thousands of members. Let’s not forget about the Daesh militants, whom the YPG released from Syrian prisons. Turkish Foreign Minister Mevlüt Çavuşoğlu said yesterday that YPG militants were allegedly setting Daesh fighters free in exchange for money. To make matters worse, the situation in Syria and Iraq remains suitable for radical Salafism to take root anew.

Terrorist groups will continue to look for new opportunities in the region until and unless Sunni Arabs are properly integrated into Syrian and Iraqi societies. With the help of foreign intelligence agencies, they can easily reappear under new leadership. On Middle Eastern streets many see al-Baghdadi’s killing as a project going on temporary hiatus. They simply wonder when Daesh 2.0 will be on the market.

It goes without saying that al-Baghdadi’s killing strengthened Trump’s hand ahead of next year’s U.S. election. Under fire for pulling out of Syria, the U.S. president oversaw an operation no less successful than the killing of Osama bin Laden. Desperate to stop Trump from reaping the benefits of this accomplishment, the U.S. media and their supporters in other Western capitals have been busy making counterarguments. They argue that the U.S. withdrawal will result in Daesh’s resurgence even though al-Baghdadi is gone. They, too, claim that Turkey undermined the fight against Daesh by pushing YPG terrorists away from its borders.

That propaganda might have an effect on those who forgot the birth and rise of Daesh. Everyone knows that the group was born in the prisons of occupied Iraq. Future Daesh leaders, including al-Baghdadi, spent time with radicals at Camp Bucca in 2004. Two years later, al-Baghdadi joined al-Qaida in Iraq, then under Abu Musab al-Zarqawi’s leadership. By 2010, he had reached the rank of emir. Four short years later, in July 2014, Daesh seized a quarter of Iraq and a third of Syrian territories. Al-Baghdadi, whose organization attracted foreign fighters from 120 countries, aimed to redraw the map of the Middle East by laying claim to a “caliphate.” The fall of Daesh, like its rise, created new problems in the region.

Back in 2014, Daesh terrorists advanced toward areas under moderate opposition control to settle along the Turkey-Syria border. By enlisting the services of a terrorist organization, YPG, to combat Daesh, the coalition forces laid the groundwork for a “terror corridor” across Turkey’s southern border. In the end, Turkey, under Erdoğan’s strong leadership, removed YPG militants from the Turkey-Syria border.

Turkey has an extraordinary track record on fighting Daesh, which killed hundreds of Turkish citizens. Over the years, the country deported tens of thousands of Daesh suspects, putting behind bars thousands of others in the process. By launching Operation Euphrates Shield, Turkey killed some 2,000 Daesh terrorists and seized control of strategically important areas including al-Bab, the group’s former stronghold. Finally, Turkey provided key intelligence leading to the elimination of Daesh’s senior leadership. In that sense, al-Baghdadi’s death is a turning point for Turkey.

Ignore the desperate attempt to exploit al-Baghdadi’s killing to promote YPG ringleader “Mazloum Kobani.” The YPG, like Daesh, is a pet project doomed to fail.