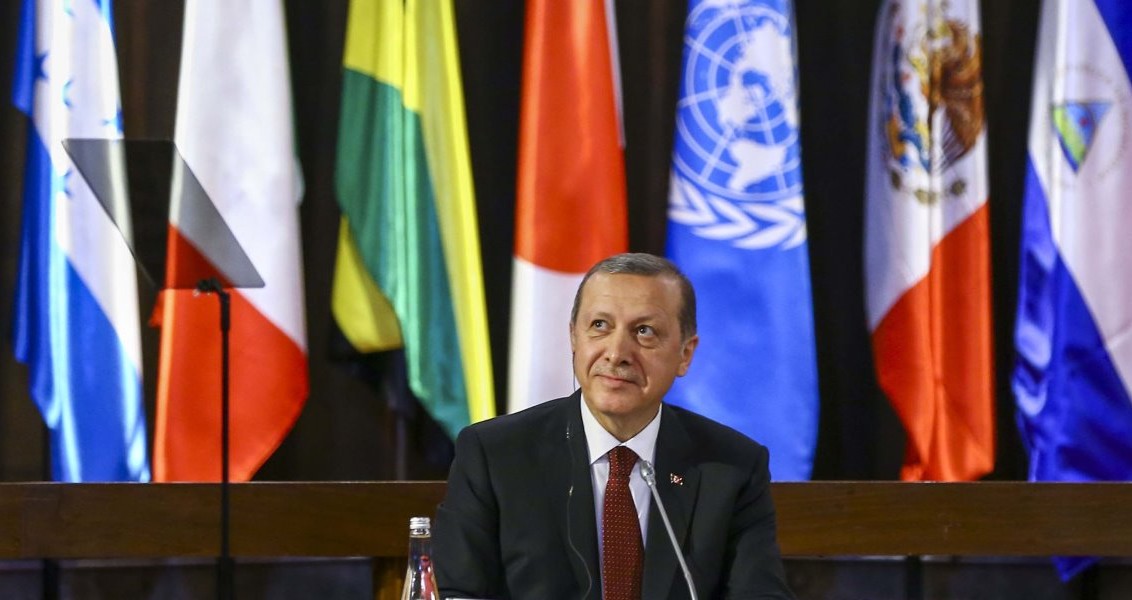 Turkey has been displaying reflexes of an emerging power trying to diversify the regional composition of main partnerships in her foreign policy and economic diplomacy in the last decade. The conventional axes of Turkey’s foreign policy and economic diplomacy was positioned in the midst of Western Europe, the Balkans, Caucasia, Central Asia, Middle East and North Africa. It was only in recent years that systematic openings to regional hubs that are set to acquire renewed importance in the global system such as East, South and Southeast Asia, Sub-Saharan Africa and Latin America started via diplomatic and humanitarian initiatives. Especially Sub-Saharan Africa witnessed increased visibility of Turkish diplomacy, humanitarian assistance and entrepreneurial community at such a pace that a potential Turko-Chinese competition for influence in Africa began to be discussed.

Latin America constitutes another strategic region in which Ankara caters long-term plans for more intensive diplomatic, humanitarian and economic engagement. Therefore, it must not be surprising to observe President Recep Tayyip Erdoğan embark on a week-long tour comprising Chile, Peru and Ecuador following his visit to Cuba, Colombia and Mexico last year. Turkey’s systematic efforts to diversify diplomatic and economic partnerships in Latin America seem to follow a long-term strategy that covers practically all major and smaller countries in this critical region. Politically, the reversal of the Arab Spring and perpetual conflicts in the Middle East, as well as the crisis with Russia motivates Ankara to reach out to alternative regional contexts where improvements in bilateral relations might be achieved with relative ease. Economically, the global decline in demand, instability in Iraq, one of Turkey’s main trading partners and the crisis with Russia exerts a negative influence on export performance which further triggers the need for alternative markets.

There is a huge potential of expansion in Turkey’s economic relations with Latin America via bilateral trade, direct investments in energy and defense industries and large-scale construction projects. Despite rising tenfold in the 2000s, trade with Latin America still accounts for a fraction of Turkey’s total trade at the level of 1.8 percent. Mexico, Turkey’s largest trading partner in the region and the gate to the U.S. market, stands at a disappointing 44th position. Middle powers in Central and South America such as Mexico, Brazil, Chile and Argentina have many similarities with Turkey in terms of their level of socio-economic development; political histories marred with military coups and democratization projects; long-term relations with Bretton Woods Institutions; and demands for the reform of global governance structures. Meanwhile, smaller countries such as Peru, Ecuador, Colombia and Bolivia with a crucial need for physical infrastructure present major opportunities for Turkish entrepreneurs, especially in the construction and energy sectors.

We need to remind ourselves that the historical evolution of political economies in Latin America followed a trajectory similar to that of Turkey: Import-substitution in the 1960s, balance of payments problems in the late 1970s, debt-crisis in early the 1980s, premature liberalization and financial crises in the 1990s and second generation neoliberalism in the 2000s. The new generation of leaders such as Lula Da Silva, Michelle Bachelet, Evo Morales and Rafael Correa tried to challenge the dominance of neoliberalism and establish national systems based upon social justice with varying degrees of success. Turkey’s own structural transformation experience under successive Justice and Development Party (AK Party) governments followed a somewhat similar path with ups and downs, which calls for better acquaintance and systematic relations with Latin America.

PKK: Hands Off Our Heritage
Next
Loading...
Loading...
We use cookies to ensure that we give you the best experience on our website. If you continue to use this site we will assume that you are happy with it.Ok