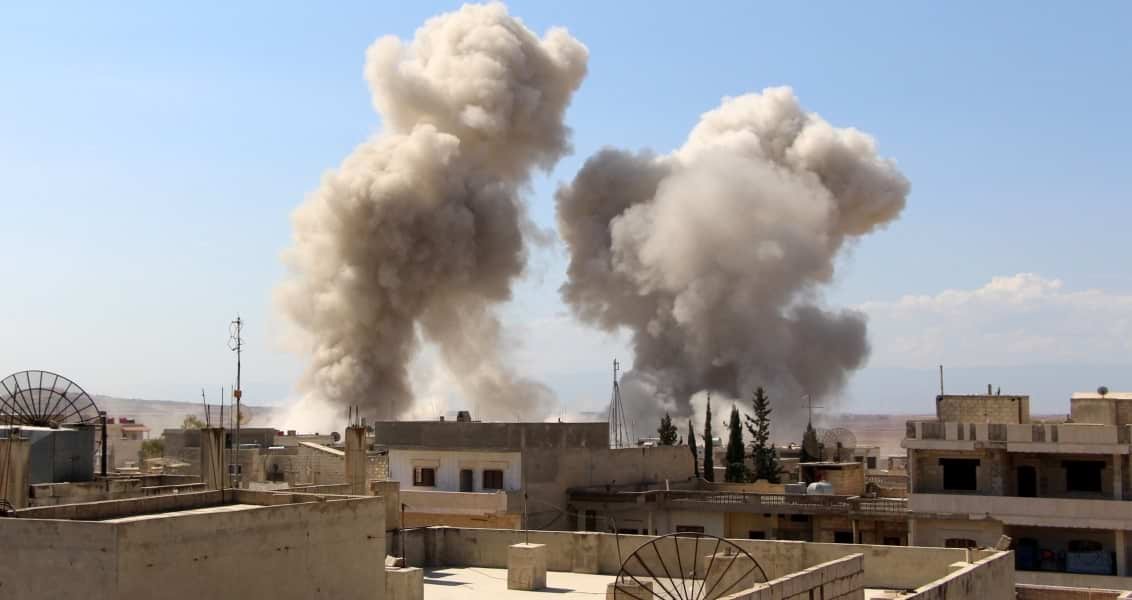 Neo-Medievalism and the New Regional Order in the Middle East

Both in academic literature and mass media it has become commonsense to reiterate that alliance formations in the Middle East are conventionally fluid, volatile and constantly shifting. Hence the fitting metaphor of the shifting sands finds frequent usage to describe the character of regional geo-politics. Yet the explosion of Arab revolutions and unravelling of several authoritarian regimes in the region seemed to have increased the pace of these frequent alliance shifts, even by Middle Eastern standards. Every failed state, every power vacuum and sovereignty crisis, every case of great power meddling and every humanitarian tragedy trigger the formation of a complicated web of regional and global alliance networks on an issue-based structure. Several regional and global actors that tend to disagree or get involved in conflicts on other issues quickly form interest-based and issue-oriented alliance networks in specific crisis situations.

The illegitimate U.S. invasion of Iraq and following premature troop withdrawal has opened up one such fragile power vacuum that continues to threaten regional stability. The Syrian civil war is another strategic chessboard for global and regional players as well as sub-national paramilitary and terrorist groups. There is also the erosion of sovereignty in Libya and its vicinity in North Africa as well as the destabilizing impact of the ongoing chaos and humanitarian tragedy in Yemen.

This neo-medieval regional order characterized by multiple claims of national sovereignty, civil wars, ethnic-sectarian radicalization and weakening national and regional actors constitutes a perfect ground for global players striving to conjure up new micro-states as controllable entities. The latest independence referendum in northern Iraq by the Kurdistan Regional Government (KRG) is a perfect illustration of abusing national sentiments to trigger a potentially destructive Pandora’s box based on ethnic politics. While the U.S., Russia and Israel try to encourage the KRG in various ways to pursue an aggressive route toward secession from Iraq, it does not require tremendous expertise to predict that such a move based on discriminatory Kurdish nationalism will trigger counter-nationalisms among other ethnic groups. The horrendous experiences of Kurdish communities at the hands of authoritarian leaders in the Halabja massacre and similar tragedies are still vivid in living memory. Therefore, stimulating counter-productive nationalisms will only play into the hands of global powers trying to control a volatile and conflictual region. Even going back further, one can remember the 1920 Treaty of Sevres and how global powers tried to incite Kurds and Armenians against Turkey by promising them around half of Anatolia. Then, as now, the issue was not providing self-determination to deprived nations, but using unfulfilled claims to nationalism in the service of the regional geo-political ordering. It looks like such intense manipulation of several communities, sub-national entities and paramilitary groups in the Middle East will continue for some time until the configuration of a new regional order.

Coming back to the issue of shifting alliance systems, this neo-medievalism in regional geo-politics enforces these alliances and unlikely groupings in several areas in the Middle East. For instance, Ankara, Tehran and Baghdad are forging a strong alliance against a potential move from the KRG for independence in view of their common national interests while the differences of opinion among the three countries continue on a range of issues, including the future of Syria and the fight against PKK terrorism. Likewise, Turkey and Russia experienced a deep strategic rapprochement illustrated by Ankara’s purchase of S-400 ballistic missile systems despite reactions from NATO members, collaboration in nuclear energy projects and natural gas pipelines. Moscow’s stance on the Bashar Assad regime and KRG independence still differs sharply from that of Turkey, but this does not harm cooperation in other areas. Israel might not be very fond of KRG President Masoud Barzani as a conservative Kurdish leader as opposed to the socialist Democratic Union Party (PYD) in northern Syria, but it still supports KRG independence as a strategic chip to encircle Iran. Likewise, the PKK-affiliated PYD in northern Syria perceives the Barzani regime as a threat and its main regional rival to claim the leadership of Kurdish national self-determination, but both the American and Russian visions for the future of the region force the PYD into a stronger alliance with the KRG.

Limiting the extent of great power meddling and forming a relatively stable regional order in the Middle East would first and foremost require that four major regional players – Saudi Arabia, Turkey, Egypt and Iran – form common positions on burning issues and local crises. Until these countries find the will and energy to form consensual approaches to harmonize the basic tenets of their regional geo-strategic priorities, the current trend towards neo-medievalism is unfortunately set to continue.