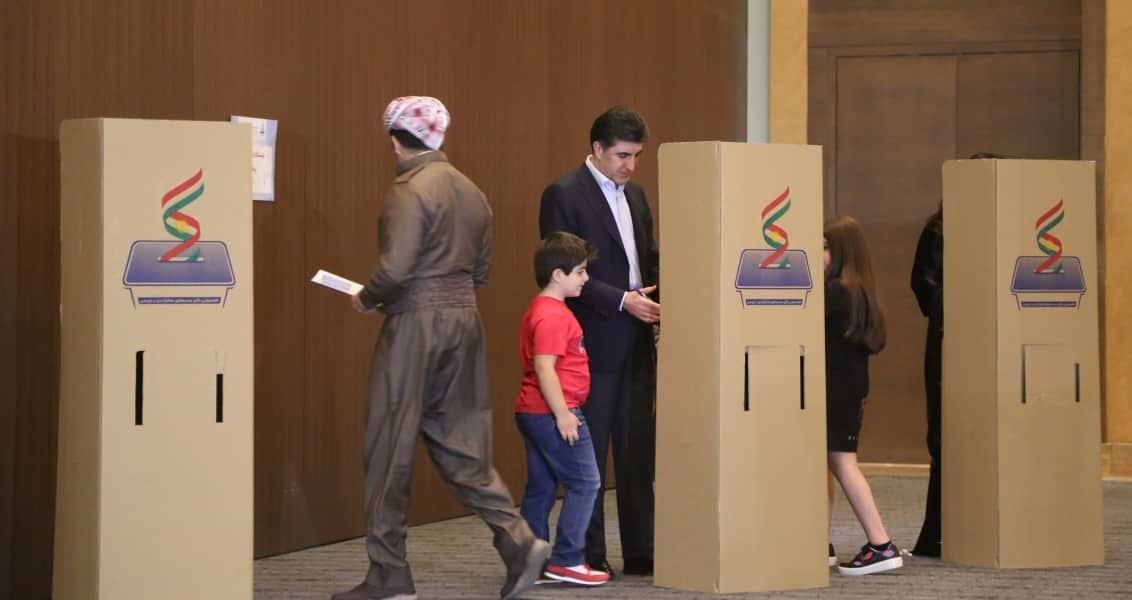 Ignoring repeated warnings, Kurdistan Regional Government (KRG) President Masoud Barzani held an independence referendum in northern Iraq. Kurdish nationalists, as such, ended up taking a concrete step toward something that had been talked about for years: The disintegration of Iraq and Syria. It goes without saying that Turkey and Iran were deeply concerned about Barzani’s actions, which placed the region’s future and the territorial integrity of the two countries at risk. Billboards with “Greater Kurdistan” written on them across Iraqi Kurdistan were not just another symbol, but offered valuable insight into the psychology of pan-Kurdish nationalists. Under the circumstances, it is safe to assume that the independence referendum strengthened two things – efforts by Turkey, Iran and Iraq to promote cooperation between themselves to preserve the territorial integrity of regional countries and competition between rival nationalisms triggered by Kurdish nationalists’ dream of a Greater Kurdistan.

Before engaging in a more detailed discussion about the two points mentioned above, let’s make one thing clear: The driving force behind Barzani’s determination to hold an independence referendum was not Baghdad’s misguided policies, as pro-Barzani commentators have been saying for days. Of course, one could agree with all the criticism directed at former Iraqi Prime Minister Nouri al-Maliki and his successor Haider al-Abadi for pursuing polarizing, pro-Shiite and sectarian policies as well as failing to implement all the articles of Iraq’s 2005 constitution. However, the KRG administration, which seized Kirkuk and other contested territories during the fight against Daesh, could likewise be charged with demographic gerrymandering and unconstitutional practices.

To be clear, the KRG administration was already in a position to use the contested territories it had seized during the anti-Daesh campaign as bargaining chips in negotiations with Baghdad over the implementation of the country’s constitution. Needless to say, the inclusion of Kirkuk in the referendum meant that Irbil sought to realize the dream of Kurdish nationalists as opposed to bargain for its rights. And they appear to have seen a window of opportunity based on their discussions with Israel, the United States and even Russia. As such, to suggest that either side was right or wrong merely reflects where one stands on the issue. Accusing Turkey of being anti-Kurdish based on similar arguments, likewise, would only make it clear with whom one stands.

By conquering Mosul and a significant part of Syria, Daesh united the futures of Syria and Iraq. In the post-Daesh period, a similar process will take place as Kurdish nationalists in both countries seek to create an independent state. Simply put, the prospective disintegration of Iraq and Syria promotes cooperation between Iran, Turkey and Iraq despite their differences and conflicts of interest elsewhere. Barzani’s push for independence, as such, facilitated that kind of cooperation and helped the relevant countries get closer to each other on Syria.

For the time being, cooperation between the three countries remains limited to taking Kirkuk back from the KRG and forcing the KRG’s politicians to accept their role as a regional government by imposing economic sanctions on the region. Inevitably, the three countries will target the PKK presence in Iraq, for which quick coordination is desperately needed. My sense is that whether that goal can be accomplished will become clear by the April 2018 elections in Iraq. Meanwhile, time is on Barzani’s side.

Over the next couple of months, KRG officials will try to drive a wedge between Turkey and Iran by making the case that they do not pose a threat to Iraq’s neighbors. Meanwhile, they will try to talk the U.S. and Russia into interfering on their behalf and ease the pressure on Irbil. It would appear that KRG officials think that future negotiations on oil could bring them some level of comfort. At the same time, they will use their surrogates to ease Turkey’s pressure on Irbil by claiming that Ankara is being hostile toward Kurds

Neo-Medievalism and the New Regional Order in the Middle East
Next
Loading...
Loading...
We use cookies to ensure that we give you the best experience on our website. If you continue to use this site we will assume that you are happy with it.Ok