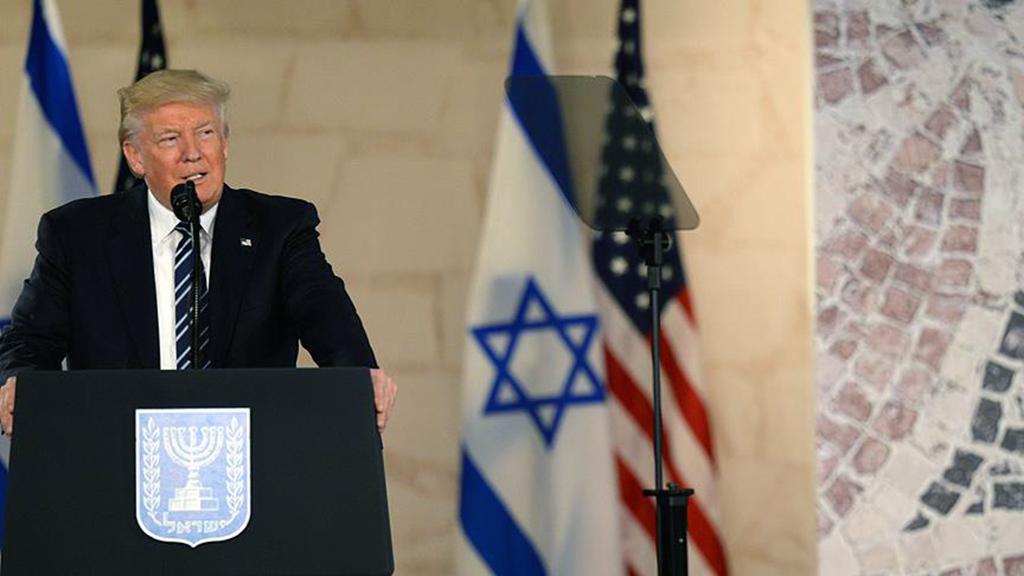 The Israeli administration continues to murder Palestinians in front of the eyes of the world. After U.S. President Donald Trump’s announcement this past December that he recognized Al-Quds as the capital of Israel and that he would be moving the U.S. embassy there, Israel has been following much more aggressive politics. It is obvious that the Netanyahu administration regarded this decision by the U.S. as an opportunity to coalesce its own power and to intimidate its domestic and international opposition.However, the motivation behind the increasingly cruel policies displayed by Israel is not simply about Netanyahu consolidating power for his own administration. The entirety of the Israeli state regards Trump’s decision as an enormous opportunity and is using it to up Israel’s symbolic and practical gains in the region.

Another factor motivating Israel was also Trump’s announcement of pulling out of the nuclear deal with Iran. Since the first day Trump entered the presidential race, he continually stated that he would put “strengthening Israel and stopping Iran” in the center of his Middle East policies. And in truth, he has been taking steps in this path ever since the day he became president.

Since 1945, the U.S.’s Middle East policy has continually put Israel in a privileged place. The U.S. expended great efforts to protect Israel’s interests in the region. It supported Israel’s occupation policy toward Palestine and ignored its oppressive approach. What’s more, it gave more military and economic support to Israel than it did any other country.

However, until 2016, “supporting Israel” was never the absolute priority of the U.S.’s Middle East policy. The U.S. tried to support Israel by still looking out for the interests of its other proxies and without fully revealing the amount of support it was actually providing.

There were two factors that the U.S. considered in its post-1945 Middle East policy. The first was the balancing of Russia, and the second was controlling energy sources. As of today, can anyone argue that the U.S. controlling energy sources in the Middle East or its efforts to balance Russia are unimportant? Of course not. But there is a difference. The U.S. administration no longer cares about hiding the amount of support it provides Israel. Moreover, it also does not care that the support it is providing Israel is damaging its balancing policy toward Russia.

On the other hand, it is also true that the increased support the U.S. is giving Israel has a positive correlation with its efforts to control energy sources in the region. But is this enough of a reason for the U.S. administration to provide this support in such a coarse manner? I don’t think so. And in fact, the unconditional support the U.S. is providing Israel is seriously damaging its regional influence and Russia’s hand is strengthening against the U.S.’ in the energy fight in the East Mediterranean.

The pre-existing Israel policy in the U.S. is one that will cause losses for both Israel and the U.S. in the long term. Currently, the U.S. and Israel are following a policy that will deepen the chaos in the Middle East. The strategy to establish a hegemony over chaos harms the region’s countries and people. Alongside this, however, it also brings the problems of radicalism, terrorism, fanaticism and divided states to global politics.

As long as the international community continues to ignore the cruel politics applied by Israel to Palestinians and the massacres it is perpetrating there, no peace or calm will be established in the Middle East. If the Middle East does not experience peace and calm, this will threaten the West the most. Let us all know that anyone who does not speak out against Israel’s massacres are a party to them.

Is the idea of A two-state solution dead?
Next
Loading...
Loading...
We use cookies to ensure that we give you the best experience on our website. If you continue to use this site we will assume that you are happy with it.Ok