President Trump’s decision to recognize Jerusalem as the capital of Israel and move the U.S. … 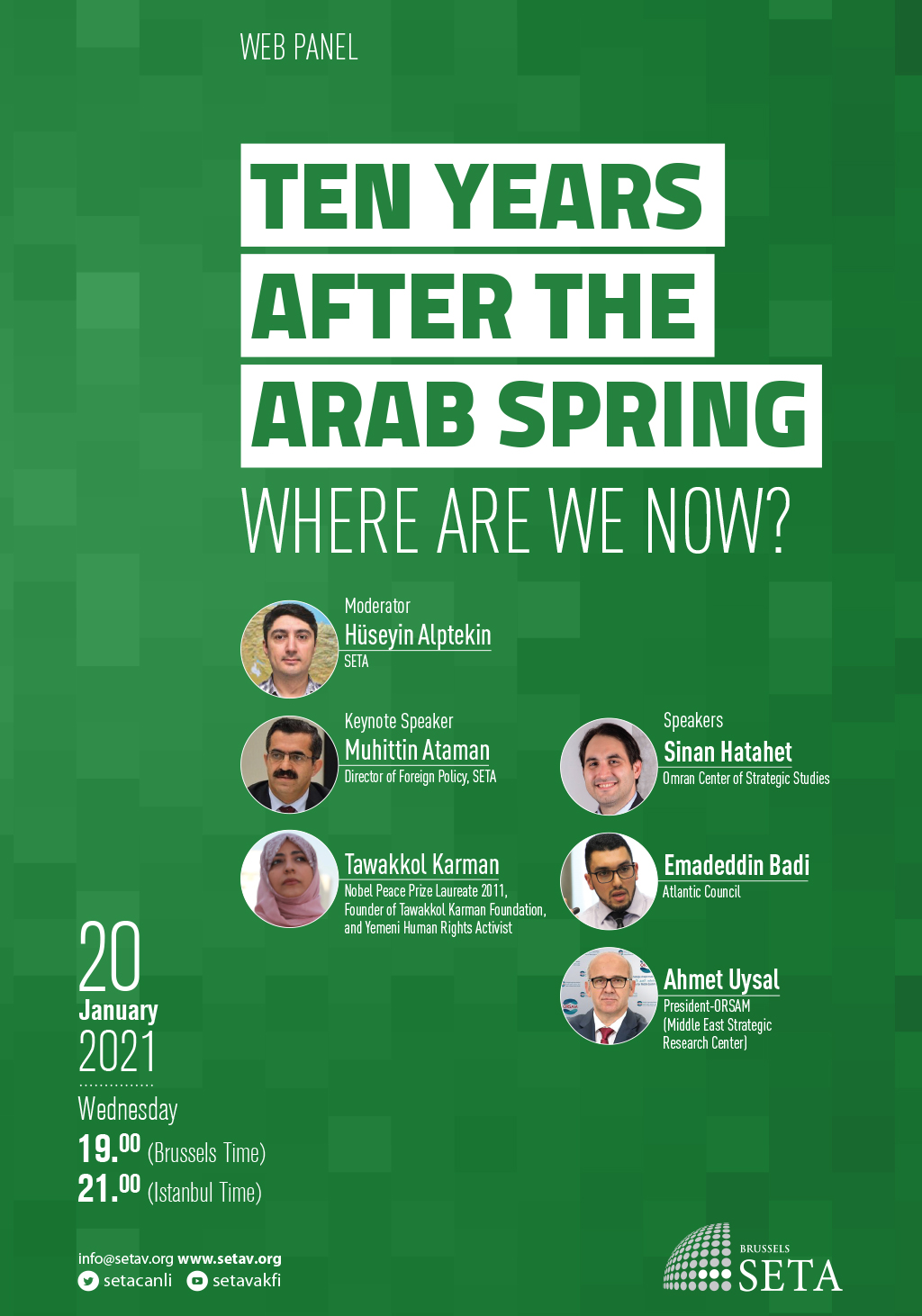 Ten years ago, a wind of change emerged in the MENA region after the popular revolts triggered by the self-immolation of Tunisian street vendor Muhammad Bouazizi. Muhammad Bouazizi's humiliation and [...]

Ten years ago, a wind of change emerged in the MENA region after the popular revolts triggered by the self-immolation of Tunisian street vendor Muhammad Bouazizi. Muhammad Bouazizi’s humiliation and the Tunisian regime’s brutality resonated with the millions of people in the Arab countries.  Touched by Bouazizi’s destiny and driven by anger against the own regime, Tunisians took the streets and asked for justice. Surprisingly, the civil resistance against the authoritarian regime led to the breakdown of the long-standing Ben Ali regime seeking asylum in Saudi Arabia. In the aftermath of the revolution called Yasmine in Tunisia, countries like Egypt, Syria, Yemen, Iraq, Libya, Bahrein, Mauritania, Morocco, etc., got on the board the moving train. The civic engagements in each of these countries led to further political developments and showed different results.  The revolts led to regime changes in some countries, political reforms in some others, and civil wars and violent conflicts, especially in Syria, Libya, and Yemen. Some analysts believe that the root causes of the revolts are not addressed yet since the people’s aspirations are not yet met.

At this panel, academics, experts, and activists will discuss and evaluate the major occurrences referring to the Arab Spring, which started ten years ago regarding global, regional, and domestic challenges it has caused and is still causing.

The web-panel will be opened by the keynote speeches of the Nobel Peace Prize Laureate 2011, Founder of Tawakkol Karman Foundation and Yemeni Human Rights Activist Tawakkol Karman and Muhittin Ataman, Director of Foreign Policy at SETA Foundation.

The panelists include Dr. Sinan Hatahet from the Omran Center of Strategic Studies and Emadeddin Badi, a senior fellow with the Middle East program at the Atlantic Council, and Prof. Ahmet Uysal, the president of the Center for Middle Eastern Studies (ORSAM). Hüseyin Alptekin, researcher at SETA Foundation, will moderate the panel.

The event will be live-streamed on our social media accounts and watched through this link: https://www.setav.org/live/. 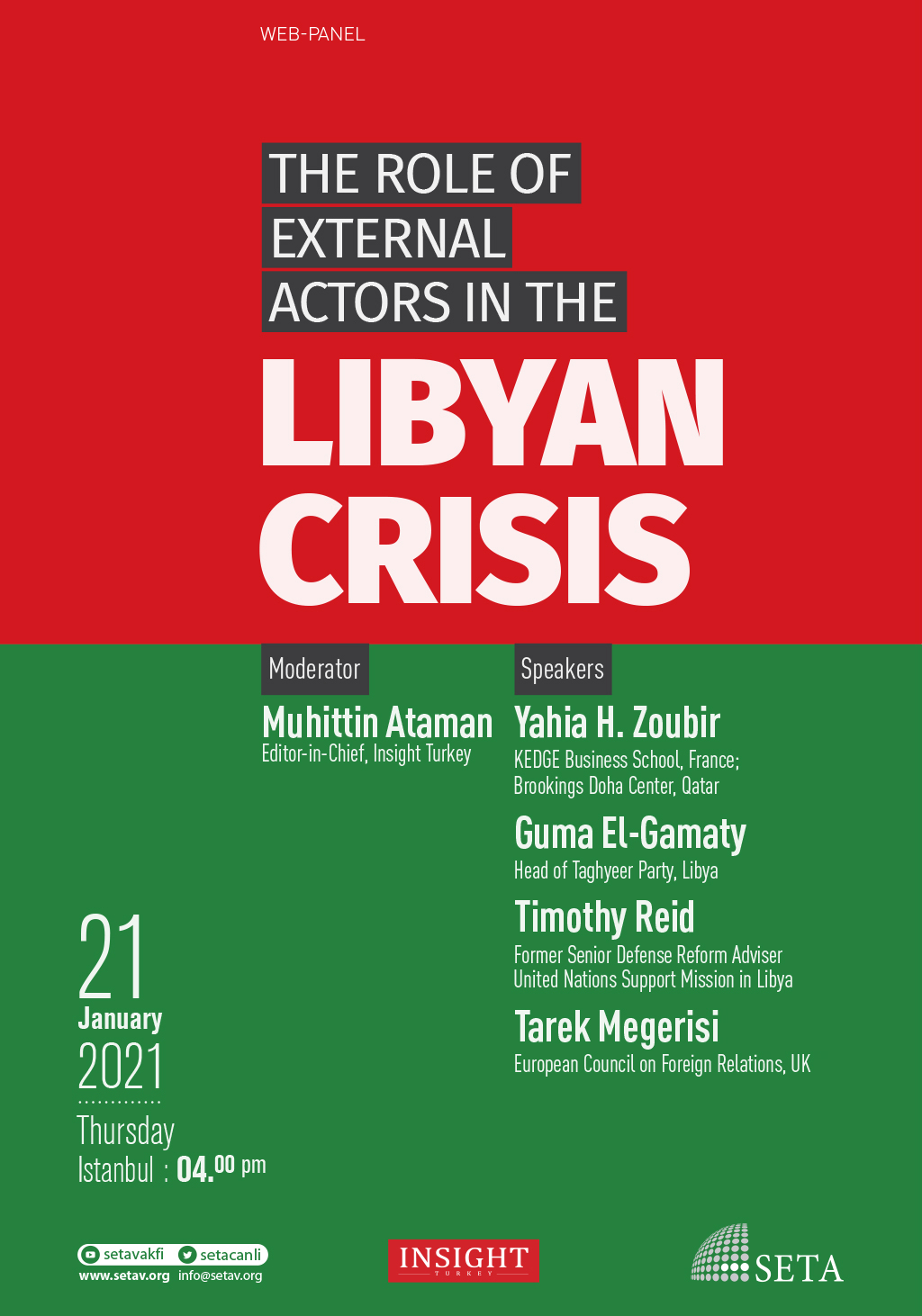 The last issue of Insight Turkey in 2020 focused on the Libyan crisis, underscoring both promises of internal reconstruction and challenges fueled by different external actors intervening in the Libyan [...]

The last issue of Insight Turkey in 2020 focused on the Libyan crisis, underscoring both promises of internal reconstruction and challenges fueled by different external actors intervening in the Libyan crisis. As a follow-up event, Insight Turkey organizes a Web Panel, featuring contributors to the fall 2020 issue who will discuss the most important current issues and the future of Libya.

The panel aims at elucidating historical roots and current aspects of the often opaque transformations and developments taking place in Libya. By bringing together four distinguished experts the panel thus aims to achieve a better understanding of the role of external actors in the Libyan crisis.