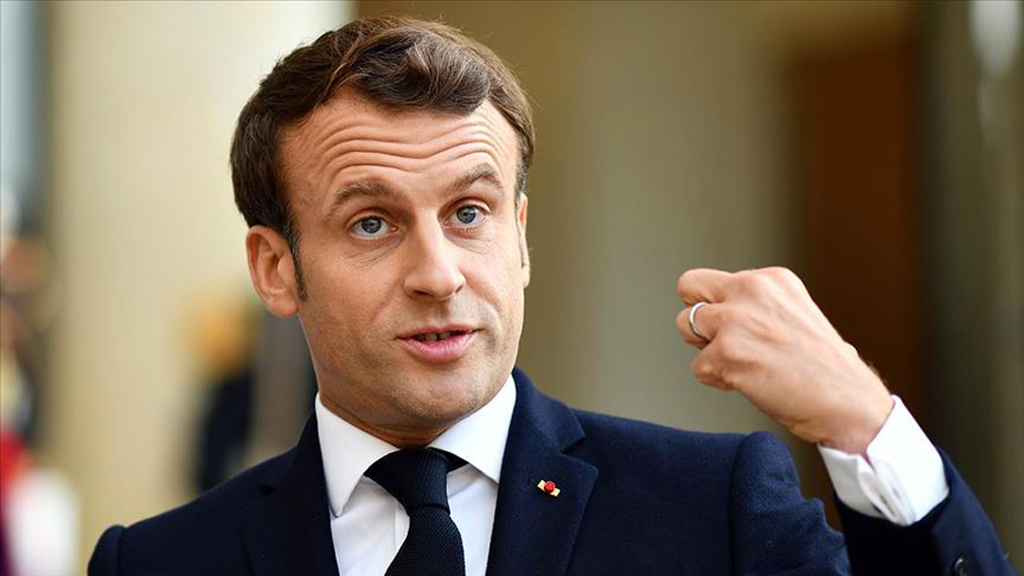 From savior of neo-liberalism to populist nationalism: Macron’s political drift

Emmanuel Macron was welcomed by political leaders in Europe and the United States when he defeated his right-wing populist rival Marine Le Pen in the second round of the French presidential race in 2017.

Emmanuel Macron was welcomed by political leaders in Europe and the United States when he defeated his right-wing populist rival Marine Le Pen in the second round of the French presidential race in 2017.

Macron was a consensus candidate, and the fear of extreme nationalist Le Pen made him a new political actor on the French political scene. He joined the political sphere without ideological baggage and neither negative nor positive political experiences. Macron was appreciated as the savior of trans-Atlantic relations among political and economic elites.

As a former accountant for global companies, he was also welcome as an actor who would save the neoliberal capitalism that generated economic, political and social problems all over the world. He was the hope of liberals and a promising politician who was expected to change the destiny of France, who lost its glamour in the post-Cold War era.

Indeed, Macron was given credit to help France and Europe recover more effectively and harmoniously. He was the hope of neo-liberalism, which lost its credibility after the 2008 crisis but faced stiff popular resistance in the form of the yellow vest movement.

The structural problems of France and other European economies can hardly be fixed without a broader consensus and long-term strategic planning. The yellow vest protests were just the tip of the iceberg in the resistance against the current economic problems of France. The protest cycle spread to other parts of Europe as well.

Macron’s pro-business and pro-competition solution did not bring the expected outcomes for France. His pro-corporate sector and pro-financial sector policies backfired in the economic sphere, deepening social and political unrest across France.

The French economy was one of the harshest hit of the G-20 as a result of the COVID-19 pandemic. The French health sector was hit hard, too. Macron has lost his hope of saving the French economy as well as the competitive edge of Europe.

Macron also represented Washington’s hope in counterbalancing German economic and political might within the EU. Washington was unhappy about the hegemonic role that Berlin has been playing within the bloc over the last two decades.

Washington instead tried to support Macron in offsetting the influence of Berlin, especially in the diplomatic and military spheres. Macron spun out his credibility as the promising leader who would replace German Chancellor Angela Merkel as the leader of Europe. Macron’s risky economic and strategic choices also generated skepticism among the other member states of the EU.

France’s stagnant economy and exclusionary political system have failed to accommodate migrants and Muslims, and a lack of a geopolitical vision has reduced the status of France within the EU.

France, once the equal partner of Germany in the EU project, has gradually lost its standing in the partnership. While Berlin managed to maintain financial and economic stability and integration in the aftermath of the Cold War, Paris failed to offer an encompassing geopolitical vision for Europe.

Paris instead tried to undermine the role and influence of NATO within the European foreign and security policy. The idea of a European army, European security and defense identity has not found strong support from the European actors.

Macron has offered no convincing alternatives to fix the structural problems of France; instead deciding to return to France’s former spheres of influence. Macron has also had to face increasing Turkish cultural, economic and political power in former French colonies and spheres of influence. This has made him ambitious in mobilizing a broader anti-Turkey alliance, especially within Europe.

Macron developed unique relations with Moscow and invited Russia into Libya as part of his pro-Haftar strategy. To have a military presence in the Eastern Mediterranean, Macron also provoked Athens and the Greek Cypriot administration against Turkey. Macron’s failed initiatives to generate YPG/PKK-controlled areas in Syria were also defeated by Turkey’s military operations against the terrorist group.

Turkey’s military resistance has countered Macron’s risky geopolitical gambits. Having been humiliated in Libya, northern Syria, Iraq, and Africa’s Sahel region, Macron has made inconsistent moves to counter Turkish influence. Now Macron is attempting to unite the EU against Turkey, but many EU members are skeptical about his geopolitical ambitions.

Having failed in the economic plan and diplomatic arena, Macron has decided to return to the traditional nationalistic foreign policy. He is turning from a failing neo-liberal agenda to a populist-nationalist agenda. Macron’s erratic moves are not just a threat to Turkey’s national security but are undermining NATO and EU interests.

The real beneficiary of Macron’s geopolitical mistakes is Moscow, Abu Dhabi and the Trump administration in the U.S., which is unhappy about Berlin’s supremacy in the EU. Macron is increasingly becoming a burden on the EU, NATO and liberal institutions.

Macron’s discourse against President Recep Tayyip Erdoğan is just a coverup for his changing political style. Developing constructive relations with Turkey on the basis of mutual interest will boost the safety, stability and economic prosperity of both Turkey and the EU. It is the responsibility of reasonable leaders to normalize relations with Turkey.

The man in Paris: Ambitious, unreliable failure
Next
Loading...
Loading...
We use cookies to ensure that we give you the best experience on our website. If you continue to use this site we will assume that you are happy with it.Ok