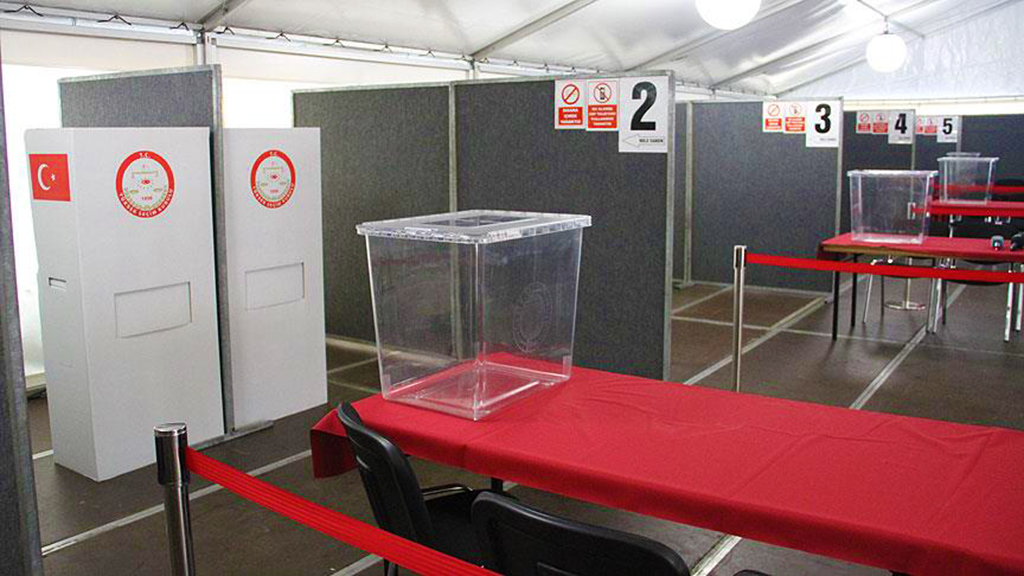 Early elections, the West and the democracy debate

The Westerners, who have been trying to remove Mr. Erdoğan from power for the past five years, are actually building their own case for why the West lost Turkey

Ahead of the June 24 elections, all eyes are on potential presidential candidates. President Recep Tayyip Erdoğan and former interior minister Meral Akşener already announced their candidacy. Former President Abdullah Gül on Saturday said he did not intend to run, but his reasons remained unclear until the last minute. Either way, everybody knew that certain people were going to use Mr. Gül’s statements to fuel a “democracy” debate.

To be clear, it was clear all along that the early election campaign would take place behind this discussion. There is nothing surprising about how the opposition parties, along with Western governments, see the contest. It’s all quiet on the West front: The Parliamentary Assembly of the Council of Europe (PACE) recently called on Turkey to postpone the June 24 election, citing the country’s supposed failure to comply with European criteria. It would be difficult to hold a completely free, fair and transparent election under the state of emergency, U.S. State Department spokeswoman Heather Nauert said. The Netherlands, Austria and Germany quickly announced that they would not permit campaign events within their borders. Meanwhile, European media outlets claim that the upcoming election was unfair and part of the Turkish sultan’s march towards despotism. All those accusations are based on the claim that Turkey is no longer a democracy.

Without a doubt, the European media coverage is intended to provide rhetorical ammunition to opposition candidates, who will push for a return to parliamentarianism and criticize the state of emergency. It would appear that they learned absolutely nothing from the April 2017 constitutional referendum. For some reason, they seem unable to see that the anti-Erdoğan position of British, German and French newspapers does not serve the interests of opposition leaders in Turkey – whom they desperately want to support.

Ahead of the June 24 election, European efforts to fuel a public debate on democracy to hurt the AK Party government serve no purpose. Here’s why this discussion would not make a positive impact on the opposition’s popularity in Turkey:

1- Anti-Erdoğanism has become commonplace and therefore has limited influence. As a matter of fact, it produces adverse outcomes. Therefore, any European intervention in Turkish elections ultimately plays into the hands of President Erdoğan.

2- The June 24 election will take place at a time when Turkey enjoys unprecedented autonomy from European influence. The European Union, which used to contribute to the country’s national security and stability, is widely considered a sponsor of Gülenist Terror Group (FETÖ) and PKK terrorism.

3- The Turkish people overwhelmingly believe that Europe turned its back on Turkey, when it was trying to cope with problems emanating from Syria, including terrorism and illegal immigration.

4- Tensions between Turkey and the United States over Syria, along with region-wide chaos, fuels distrust among the Turkish people towards the Western alliance.

5- Politicians and commentators, who push around Turkey citing the Turkish people’s support for President Erdoğan, ignore the fact that they disrespect the population’s democratic choice.

6- The July 15 resistance started a process of heightened political consciousness in Turkey. The turbulence and challenges that the country faced in recent years promoted a sense of autonomous democracy among the Turkish people. As such, outside interventions add to the popularity of President Erdoğan and the People’s Alliance.

7- President Erdoğan, who has been in power for 16 years, is known as a democratizing and reformist politician in Turkey. Throughout his tenure, he repeatedly turned to the people in order to address crises and pressing problems. In April 2017, Mr. Erdoğan successfully campaigned in favor of the presidential system, under which the popularly-elected president would serve as head of government. He described the new system as an effort to surrender the political arena to the national will.

For those reasons, the opposition’s pledge to return to parliamentarianism will be considered by the Turkish people as an attempt to fuel chaos and crises instead of promoting democracy. Again, the European media’s charges of dictatorship will be seen as meddling in Turkey’s internal affairs. The question is whether European politicians themselves could benefit from this discourse, which clearly hurts opposition candidates in Turkey. Will those arguments bring Turkey and President Erdoğan to their knees, as opposition leaders and talking heads would like everyone to believe? The answer is no. The Westerners, who have been trying to remove Mr. Erdoğan from power for the past five years, are actually building their own case for why the West lost Turkey.

Kim Jong Un: A dictator or a savior?
Previous

Turkish-Uzbek rapprochement: Beginning of a new era
Next
Loading...
Loading...
We use cookies to ensure that we give you the best experience on our website. If you continue to use this site we will assume that you are happy with it.Ok