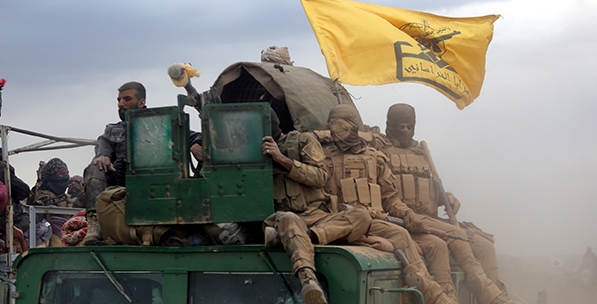 The fact that Shiite militants pose no threat to Western capitals represents the main reason why Washington chooses to ignore the risks, including acts of violence against the Sunni population in Syria and Iraq.

The Iraqi army’s latest effort to defeat ISIS militants and reclaim Tikrit coincided with the public debate on the perceived emergence of a new Sunni bloc against the backdrop of Turkish-Saudi rapprochement. A notable aspect of the military campaign was the prominent role Tehran-backed Shiite militias and, in particular, Qasim Suleimani played. Both developments, therefore, indicate that Iran follows a policy of expansion by accumulating greater soft and hard power. It is possible to track Tehran’s expansionist tendencies back to the post-1979 efforts to export the Islamic revolution – the military and ideological support provided to organizations such as Hezbollah in Lebanon and Hizbullah al Hijaz.

The U.S. occupation of Iraq in 2003 created new opportunities for Shiite sectarianism: With Iran assuming a more prominent role in the Shiite world, pro-Iranian groups have come to power in Iraq while the Shiite opposition revolted in Bahrain and Shiite groups in Afghanistan and Yemen joined Iranian ranks. Meanwhile, the Shiite population in Saudi Arabia’s Western parts, a strategic source of oil, relates to the aforementioned development. Shiite sectarianism has most recently become embodied by militias in Syria and Iraq. Among the groups under Qasim Suleimani’s command are Badr Brigades, Hezbollah, Asaib al Haq, Kata’ib al-Imam Ali and Mukteda el-Sadr. According to U.S. Gen. Dempsey, who seems to welcome the involvement of Iranian-backed Shiite’s militias in the fight against ISIS, the militias comprise two-thirds of all fighters on the ground. Interestingly enough, a number of those groups remain terror-listed by the United States – which suggests that Washington prioritizes the military effort to weaken Sunni groups such as al-Qaida and ISIS over other sources of international terrorism.

The missing half of the picture, however, relates to foreign fighters among the ranks of Shiite militias. At this point, the U.S., which has formed a thinly-veiled alliance with Iran on ISIS, conveniently ignores this issue. There is, however, no shortage of observers troubled by the growth of Iran’s power due to the danger of replacing Sunni ISIS with a Shiite organization of similar nature. The fact that Shiite militants pose no threat to Western capitals represents the main reason why Washington chooses to ignore the risks involved, including acts of violence against the Sunni population in Syria and Iraq. The current situation not only consolidates Iran’s leadership role in the Shiite world but also triggers hatred toward the Shiite community among Sunni Muslims.

Iran’s efforts to obtain soft power through over 40 state-funded media outlets, hardly exerts any influence over anyone beyond the Shiite community. Meanwhile, the country’s emphasis on hard power faces resistance from Sunni Muslims. This brand of Shiite expansionism seeks to misconstrue national interest and strategy as religious belief while empowering judgmental movements in the Sunni world.

At this point, regional powers must step up their efforts to balance Iran out in order to help create a new order in the Middle East – which is exactly what the Turkish-Saudi rapprochement is about. There is little doubt that the continued presence of Sunni and Shiite blocs will only lead to more theopolitics.