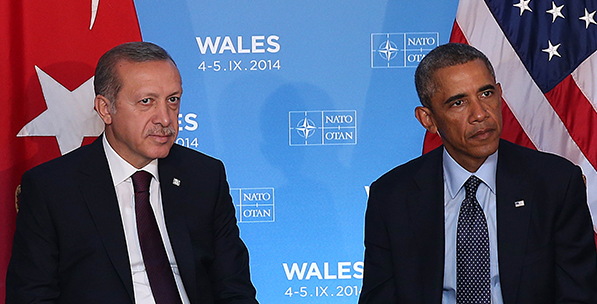 As the region enters one of the most troubled periods, and as multiple countries in the region are about to turn into failed states, the stability of cooperation between Turkey and the U.S. gains new significance.

Turkey’s relationship with the U.S. over the last 12 years has experienced its ups and downs, and every time there is a problem in bilateral relations, attempts are made to connect the disagreement to an ideational element on the Turkish side instead of potential policy differences. The two allies have been undergoing significant changes and transformations in a region facing the most dramatic transformations since the emergence of the regional order. Somehow, the Turkish side is accused of changing its orientation towards the Western world when there are serious disagreements between the two countries.

In 2003, during the crisis that arose due to the Iraq War, the position of the Turkish government was interpreted as a “turning away from the West.” In the later years of the crisis, there were articles in the U.S. press asking the question “who lost Turkey?” and calling Turkey the “sick man of Europe.” In the aftermath of this crisis, when Turkey was trying to fix its relations with its neighbors, the foreign policy initiatives of the Turkish government were interpreted by some as an “axis shift” in Turkey’s foreign policy.

The tumultuous political relations during the Bush administration ended with the Obama presidency, and President Obama’s first visit was considered not only by the U.S. but also by the Turkish side as a major opportunity to fix relations between the two countries and to repair the lack of trust. However, although the name “model partnership,” put forward by President Obama, was considered a significant motto to describe the future of relations between the two countries, the innovations in finding new names for the partnership did not transform into diplomatic and political entrepreneurship or operationalize these concepts and form new areas of cooperation and consolidate existing means of partnership. This was very clearly seen when a crisis erupted between the two countries after the Tehran Declaration and the U.N. Security Council vote on sanctions against Iran. The Turkish government’s initiative was not regarded as an attempt to mediate the dispute in the region in order to prevent the escalation and emergence of another military conflict, and instead, in the aftermath of signing the agreement, the discourse on Turkey went back to talk of “axis shift.” Once again, Turkey’s mediation attempts were considered an ideological move by Turkey in the region.

The Arab Spring and major changes took place in the Middle East while relations at the leadership level were improving rapidly, a phase which many considered one of the best in Turkish-American relations. Overlapping views of the two countries on the events in Egypt were regarded as a sign of the emergence of a common vision for the future of the Middle East. In Syria, when the demonstrations started, both countries again reacted similarly. Turkey had been investing in Syria in a bid to open up the Middle East for the last few years. For the Obama administration, Syria also had similar significance. This opening was considered one of the most significant dimensions of the future of U.S. policy in the Middle East. However, as the level of tragedy escalated in Syria, a disagreement started to emerge between the two allies.

Although the Syrian conflict is usually considered an issue of civil war and regime brutality, the impact of the conflict on neighboring countries seem to have been mostly neglected. The beginning of the conflict resulted in a huge refugee flow into Turkey as well as the other countries in the region. In the aftermath, the initial phase of the conflict also began to generate a security problem for Turkey. The terrorist attacks in Reyhanlı and the bombs that fell on border towns in Turkey demonstrated the danger of the situation. The next big threat for Turkey in the conflict in Syria was the use of chemical weapons by the Syrian regime and around its border. The weapons of mass destruction also concerned the U.S. administration. The “red line” statement issued by President Obama was made under these ci

Turkey and Japan in the Middle East
Next
Loading...
Loading...
We use cookies to ensure that we give you the best experience on our website. If you continue to use this site we will assume that you are happy with it.Ok