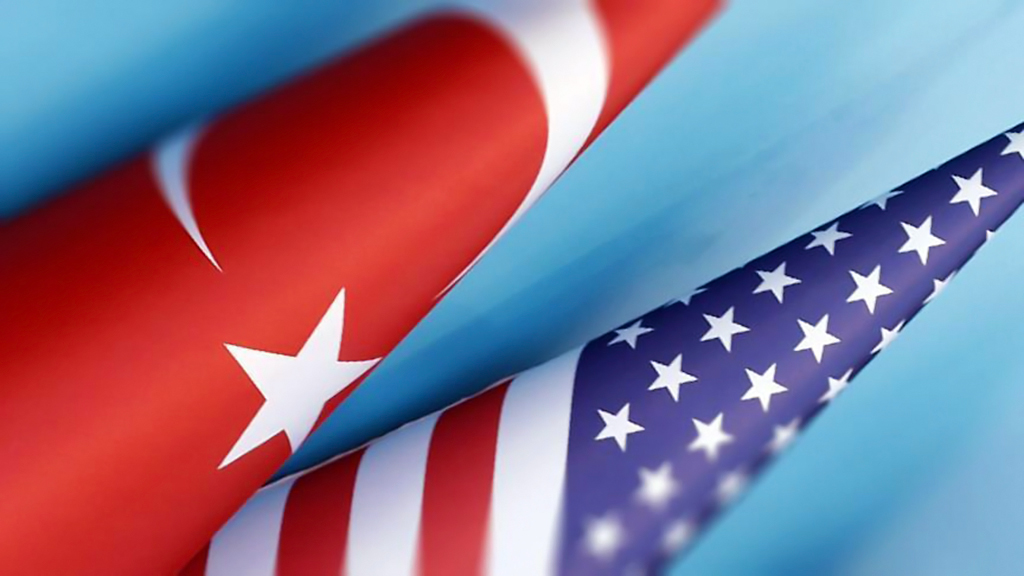 A ‘strategic storm’ in Turkey-US relations?

The above-mentioned sanctions marked the beginning of a new era in Turkey-U.S. relations..

At a time when many observers expected the United States to repair its relationship with Turkey, Washington imposed sanctions on two senior Turkish officials, Justice Minister Abdülhamit Gül and Interior Minister Süleyman Soylu, citing their supposed involvement in serious human rights violations. This decision was based on the Magnitsky Act, which the U.S. passed in 2012 to respond to human rights violations by the Russian government. The above-mentioned sanctions marked the beginning of a new era in Turkey-U.S. relations. It would appear that the period until the midterm election in November will be particularly difficult for Ankara. Washington is unlikely to stop here. Having temporarily suspended the delivery of F-35 fighter jets to Turkey, Congress will possibly move to prevent it altogether. Meanwhile, there is another draft legislation seeking to limit the ability of international financial institutions to provide loans to Turkey. Finally, it remains unclear what action will be taken against Halkbank. All of those matters will become clearer in September.

But the main point is that all of the flashpoints between Ankara and Washington, i.e. charges against pastor Andrew Brunson in Turkey, the S-400 purchase and the F-35 delivery, have been molded into a single problem.

Let us hope that the Manbij road map won’t fall prey to this situation as well. Earlier this week, EUCOM Commander Gen. Curtis Scaparrotti visited the Turkish capital to hold talks with the Turkish defense minister Hulusi Akar. The PKK’s Syrian branch, the People’s Protection Units (YPG), is expected to withdraw from Manbij by the first week of September. In recent days, the Congress and the White House became more likely to punish Turkey. Needless to say, Vice President Mike Pence has been the most staunch supporter of this approach. With the midterm election around the corner, it would seem that Washington no longer makes sense when it comes to Turkey. Although moderates, including Secretary of State Mike Pompeo and Secretary of Defense James Mattis, have been trying to stop the current crisis from taking control of the relationship, the sanctions, which target the Turkish economy, is officially a domestic issue in the United States. Over the next few weeks, President Donald Trump will stress that he did everything he could to secure the release of Andrew Brunson. It seems that evangelical teachings are becoming more influential over U.S. foreign policy. To make matters worse, it remains unclear who or what could persuade President Trump, who has been threatening his country’s allies with sanctions, to adopt a more moderate approach. Unless the crisis can be managed successfully for the next couple of months, it will inflict irreparable damage on the relationship. The month of September will be crucial in this regard.Turkey’s enemies in Washington are satisfied that the U.S. has started taking punitive measures against Ankara and lobby for continued action. By contrast, moderates who want to solve the crisis and strengthen Washington’s cooperation with the Turks face immense pressure. It seems that they cannot make their voices be heard. At this point, even reasonable people note that the U.S. has run out of “strategic patience” and supports sanctions. Making references to Turkey’s recent problems with Russia and Germany, they recommend that the White House act “tough” and add that President Recep Tayyip Erdoğan’s hand has been weakened by Turkey’s “fragile” economy.

Under the circumstances, one cannot help but wonder which side has shown more “strategic patience?” Was it the United States, which did absolutely nothing to extradite Fetullah Gülen, the mastermind behind the July 2016 coup attempt in Turkey? Was it Turkey, which “patiently” advised Washington not to create a safe zone for the PKK in Northern Syria or to send thousands of truckloads of weapons to the organization’s Syrian branch? Was it the United States, which alienated Turkey by ignoring Turkish concerns over FETÖ and the PKK, and stepped up its hostile campaign by going after Halkbank, limiting loans and postponing the F-35 delivery? Or Turkey, which put Andrew Brunson under house arrest?

One thing is clear: Since 2013, Turkey has been showing “strategic patience” – not the United States. The U.S., which just imposed sanctions on its NATO ally, Turkey, must know one thing: The various crises are evolving into structural problems and morphing into one giant issue. As patience runs out, tensions turn into a “strategic storm.” At this rate, Washington’s vital interests in the region will have suffered irreversible damage by the time U.S. President Donald Trump stops imposing “alternative choices” to American allies. When the time comes, it will be extremely difficult to reconcile the paths of Washington and Ankara. The only option is to rely on the rationality and reciprocity of diplomacy.

Trump's policies generate a loss of trust in the US
Previous

The darkest days for the strategic alliance
Next
Loading...
Loading...
We use cookies to ensure that we give you the best experience on our website. If you continue to use this site we will assume that you are happy with it.Ok