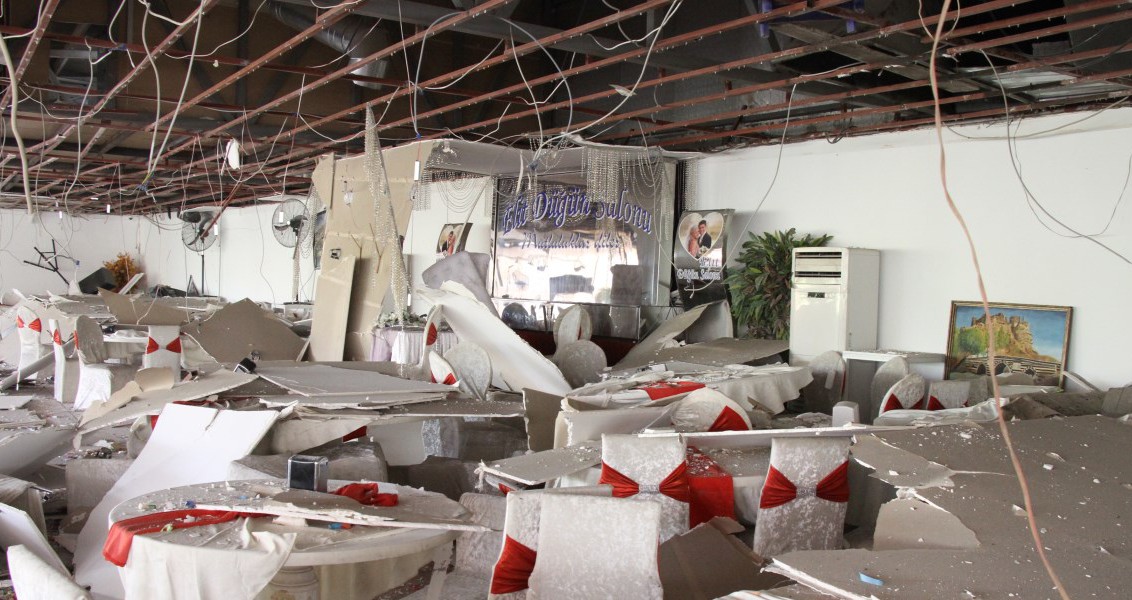 Where Does US Stand In Turkey’s Fight against FETÖ, PKK

Rapprochement between Ankara and Washington might only materialize if there are tangible steps that indicate harmonization of policies on FETÖ, the PKK and the PYD

As Turkey tries to heal the wounds of the foiled Gülenist coup attempt, a renewed spiral of PKK terror has begun to strike across eastern Anatolia. Massive DAESH-style bombings perpetrated consecutively in Elazığ, Van and Bitlis killed at least 12 security personnel and left hundreds of civilians seriously wounded. The astonishing coordination and timing of the recent attacks created universal consensus in Turkish public opinion that terrorist organizations such as the Gülenist Terror Group (FETÖ), the PKK, DAESH and the Revolutionary People’s Liberation Party Front (DHKP-C) follow some form of coordinated intelligence in their attacks on law and order.

FETÖ tried to infiltrate the most sensitive state institutions by forming a clandestine network of operatives raised in line with the devious teachings of Fethullah Gülen. Following four decades of secretly coordinated institutional colonization of the democratic regime, they were mobilized in the service of a putschist junta. The heroic, democratic resistance from all sectors of society and the emotional bond between President Recep Tayyip Erdogan’s leadership and the majority of the public became instrumental in foiling this sinister coup attempt.

Just before the putsch, the government was managing a comprehensive anti-terror campaign against the PKK, which tried to force de facto sovereignty in eastern provinces. The PKK’s game plan was to trigger urban warfare and distort Turkey’s national security priorities, while its affiliate in Syria, the Democratic Union Party (PYD) and its People’s Protection Units (YPG) militia, continued to gain ground in northern Syria on the precept of fighting DAESH with the U.S. Interestingly, its arch enemy DAESH was also perpetrating terrorist attacks in Turkey as it tried to counter security operations against its bases in Syria. We should also add the extreme left-wing DHKP-C terrorist organization conducting urban attacks on security forces into this complex security conundrum.

Since the Cold War, Turkey has been seen as one of the central stages for clandestine groups, terrorist organizations and intelligence structures coordinating a complex “deep state” network of operations. As such, the infamous “Gladio” has been pretty active in the country since the 1960s and is thought to be responsible for numerous provocative political assassinations that have yet to be completely explained. Therefore, it is understandable that the strange blend of terrorist organizations that threaten Turkey’s national sovereignty, including the FETÖ deviant religious cult, the PKK as a secessionist terrorist group using extreme Kurdish nationalism, DAESH as a violent fundamentalist group and the DHKP-C as an extremist left-wing terrorist group implicate some form of coordinated intelligence.

To illustrate, when Turkey was struggling to overcome the existential threat the Gülenist putsch posed, the PKK stopped attacks as the leadership waited to see the outcome and reignited them after its ultimate failure. Moreover, many of the high-ranking generals arrested in relation to the putsch were Gülenists responsible for managing counterterrorism forces in the southeast that seemed to turn a blind eye to the PKK. Finally, there have been unconfirmed reports that some fleeing putschist generals took refuge under the protection of the PKK leadership in the Qandil Mountain in Northern Iraq.

This brings us to the critical issue of the U.S.’s position in relation to Turkey’s multifaceted fight against terrorism. Bilateral relations between Ankara and Washington seem to be heading toward an abyss following the disappointing response from the U.S. administration to the foiled coup attempt. U.S. Vice President Joe Biden’s protracted visit might exert a limited positive impact psychologically to stop the downward spiral, but there is not a wide scope for strategic optimism. Currently, Turkey’s foremost national security threat is FETÖ, whose leader has lived in the U.S. since 1999, and the legal cases for his extradition are dealt with apparent foot-dragging. The second vital threat is the PKK, which commits suicide bombings and open attacks on Turkish security forces and civilians in collaboration the PYD and the YPG in Syria. Americans happen to be the PYD’s greatest ally and supporter of the YPG on the ground, even sharing military insignias.

Given these contradictions, potential rapprochement between Ankara and Washington might only materialize if there are tangible steps that indicate harmonization of policies on FETÖ, the PKK and the PYD. These might entail solid progress in Gülen’s extradition process and effective intelligence sharing and logistical collaboration against the PKK. If this sounds unlikely, then Turkey might try novel geostrategic openings with unexpected consequences.

What Is the Relationship between US and the PKK?
Previous

DAESH and PKK Attack Turkey Again
Next
Loading...
Loading...
We use cookies to ensure that we give you the best experience on our website. If you continue to use this site we will assume that you are happy with it.Ok