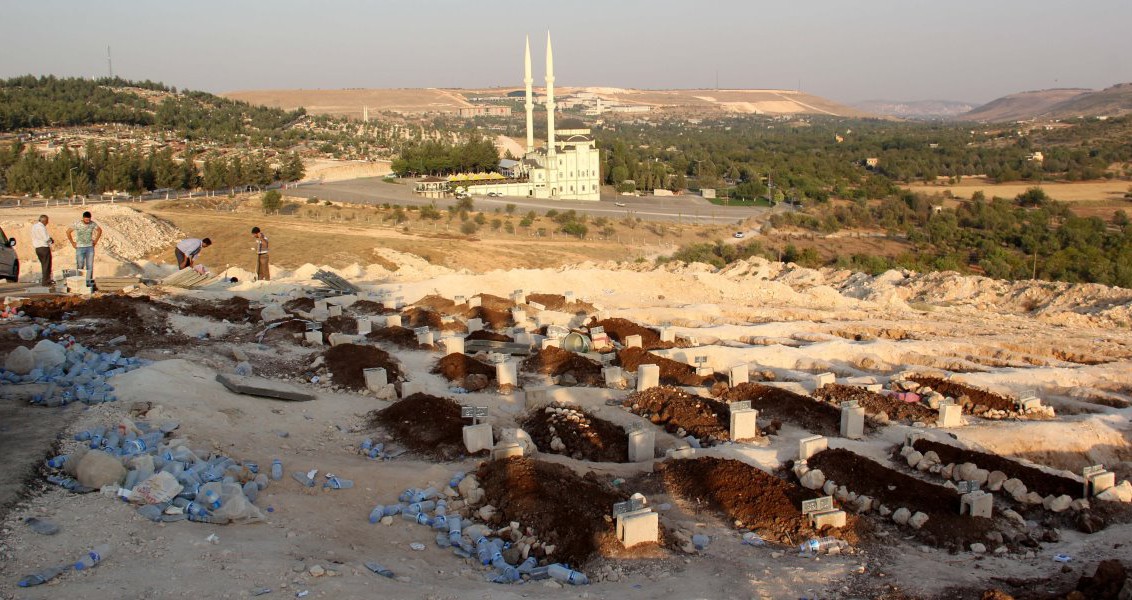 The frequency of these attacks shows the determination of these groups to terrorize the Turkish people and destabilize the country.

Another city in Turkey was struck by terrorists this weekend. After the PKK’s attacks on different cities in the southeast of Turkey, including Bitlis, Van and Diyarbakır, following the coup attempt this time DAESH attacked Gaziantep with a suicide bomber, according to reports. The target was a wedding in a neighborhood of Gaziantep. 51 people were killed and at least 69 people were wounded in the suicide attack. It was a tragic night and day for the people of Gaziantep and Turkey.For the last 18 months, Turkey has become the target of two major terrorist organizations fighting against one another in Syria and Turkey at the same time and with the same methods. For the last few years, DAESH and the PKK organized attacks in different parts of Turkey in order to destabilize the country and export the war and conflict from Syria to Turkey. In addition to generating huge casualties and terrorize the people in Turkey, the attacks degrade social unity and confidence, which were especially high after the July 15 coup attempt.

Previously, most of the attacks took place when Turkey challenged the regional and organizational ambitions of these two terrorist groups. When they experience a push back from Turkey both targeted the Turkish state and Turkish people in order to expand their influence. Their aim to establish a state of their own, to ethnically or religiously cleanse the territories under their control and to change the borders of the Middle East, regardless of the extent of the conflict and the loss of life, is critical to understanding these organizations. However, so far the international community has focused mostly on the impact these organizations have had on international security.

The bombings and attacks in major city centers in Turkey by the PKK and DAESH have cost the lives of hundreds of people in a very short period of time. Although there was an international coalition to fight against DAESH and although Turkey was a significant actor in this fight, for months now the Turkish state has not received sufficient intelligence support from its allies and other partners in the international coalition. There was even a lack of responsiveness from its allies and partners when Istanbul and Ankara were attacked by these groups. Until the Atatürk Airport attack there was little show of solidarity or support from the Western world.

Over the last 10 days, Turkey was attacked multiple times by these groups, which started to become less selective about their targets. The fact that both of these groups are ready to attack soft targets and ordinary citizens on the streets demonstrates the extent of the danger. The frequency of these attacks shows the determination of these groups to terrorize the Turkish people and destabilize the country.

Under these circumstances the main question is what should be done to stop these attacks. First of all it should be remembered that both of these organizations have transnational roots and sources. DAESH is probably the most transnational terrorist network that we have ever seen. The number of its foreign fighters and its ability to conduct different terrorist actions in various different regions demonstrates the extent of the threat and its global reach. On the other hand, the PKK is also a major transnational terrorist network, with political supporters, sympathizers and funding sources in different countries. After the rise of the People’s Protection Units (YPG) in Syria especially, this transnational character of the PKK reached a new level. The military support for the YPG, despite the US administration’s distinction, greatly empowered and legitimized the PKK. The transnational nature of these groups makes it impossible for a single country to destroy them without an effective cross border military operation. Even then intelligence support is key to allowing Turkey to run an effective operation.

In this critical juncture, the lack of support from Turkey’s partners will have long lasting affects in the fight to degrade and destroy DAESH and the PKK and it will have serious costs not only for Turkish but also international security.

Is Biden's Visit Enough To Extradite Gülen?
Next
Loading...
Loading...
We use cookies to ensure that we give you the best experience on our website. If you continue to use this site we will assume that you are happy with it.Ok