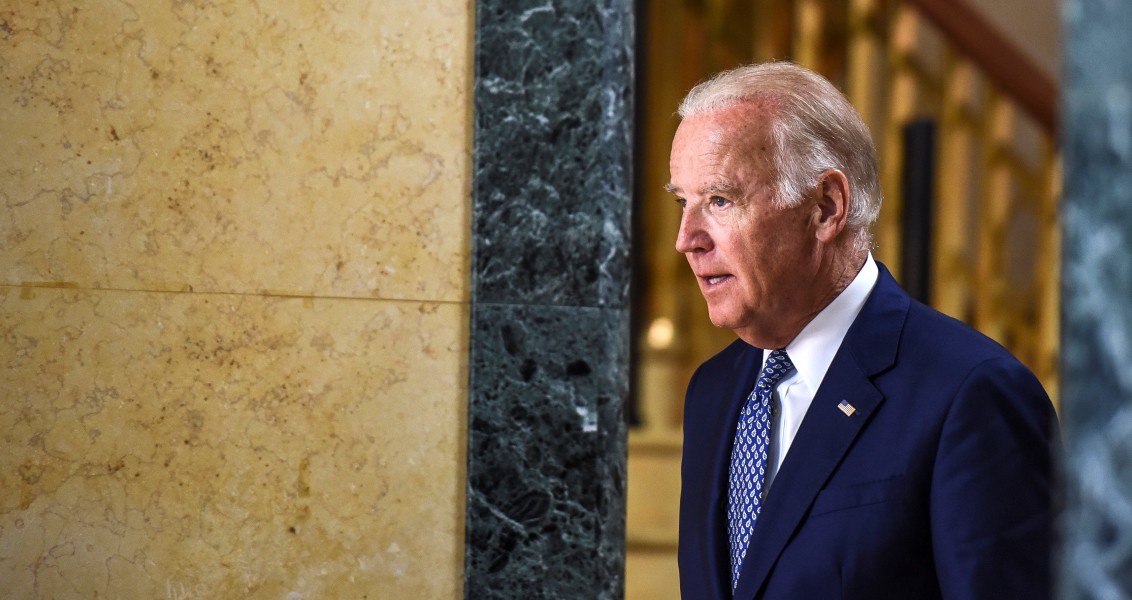 Biden's visit can bring many good things and opportunities for bilateral relations if the U.S. can show support for Turkey and Turkish people. It is an era that will stay in the memories of the people for many years.

A part from U.S. Chairman of the Joint Chiefs of Staff Gen. Joseph Dunford’s visit to Turkey following the failed coup attempt, the first high-level visit from the U.S. to Turkey is set to take place next week. Vice President Joe Biden is expected to visit Turkey, reportedly on Aug. 24. The trip will take place at one of the most critical times for bilateral relations.

In the last three years, the countries’ relations have suffered very serious setbacks due to major disagreements regarding the Syrian civil war. Tactical divergence and strategic converge is transformed into a tactical divergence and strategic ambivalence because of the mixed messages and rhetoric-policy gap of the U.S. administration regarding the Assad regime. Furthermore, U.S. military assistance to a group that is recognized as a terrorist organization in Turkey and its insistence on generating an artificial distinction between the PKK and the People’s Protection Units (YPG) has further increased tensions over the conflict in Syria.

When the PKK eliminated the ceasefire and started conducting terrorist attacks in Turkey’s city centers, the reaction to the U.S. gained a more public dimension. Ankara has tried to demonstrate an ideological, organizational, political and personnel overlap between the PKK and YPG and expected its NATO ally to understand and stop military assistance to this group. However, it has fallen on deaf ears in Washington. In Turkey, people consider this to be Washington’s indifference to Turkey’s national security interests. In addition to this disagreement about a terrorist group, a second major crisis took place in relations in the last three years when the coup in Egypt took place. The coup and its bloody suppression of supporters of ousted President Mohammed Morsi on the streets of Cairo and in front of international media generated trauma in Egypt and the region as a whole. Turkey reacted to this coup and the following massacre very negatively by protesting the coup makers, condemning the massacre and calling on the international community to not be silent about it. The U.S., however, acted in the totally opposite way. First, it failed to call the military intervention in Egypt a coup in order to be able to keep military relations with Egypt. Secondly, instead of condemning the massacres, U.S. administration officials said the military was “restoring democracy.” This deep divide between the U.S. and Turkey over the Egyptian coup and massacre also revealed a major divergence in respect to the vision of both countries about the future of the region. As a country that has that suffered from many coups and junta leaderships, Turkish society empathized with the people in Egypt and was shocked by the U.S.’s indifference to the bloody coup.The third major crisis in bilateral relations took place at the conjunction of these two crises and elicited a more serious reaction from the Turkish people. This time a coup attempt by members of a group, Gulenists, that Turkey’s National Security Council recognized as a serious national security threat took place on July 15.According to many Turkish people today, the U.S. was not sensitive enough to the dimensions of the crisis, Turkish national security sensitivity over the perpetrators of the coup attempt and the coup attempt itself.

First of all, the first statement by U.S. Secretary of State John Kerry generated a major reaction among politicians and the public in Turkey due to its emphasis on stability and continuity instead of democracy. For many today, the members of the administration almost prefer to wait and see the clear picture while the democratically elected government of Turkey attempted to be overthrown, Turkish people were being killed, and Parliament was attacked. Finally, when the coup lost its momentum, the administration made another statement expressing support for the democratically elected government, however, this time without mentioning the coup attempt that was taking place. All of this sounds very familiar to the Turkish public due to the difficult history of bilateral relations between the two countries over the last three years. For many in the region, when a coup cannot be called a coup, there is something really wrong. Although later in statements the U.S. administration fixed this problem and made multiple statements, the people in Turkey are still confused. This development generated a major reaction among the Turkish public against the U.S. This increasing problem of trust and negative perception may generate difficulties rebuilding a working relationship. Of course, considering the strategic significance of both countries for each other and due to critical developments in the Middle East, including the fight against DAESH and instability in several countries, bilateral relations need to be carefully protected from these crises and consolidated through different actions. Who-needs-whom-more-type of questions and analyses will not help to resolve of the crises.

It is a reality that the U.S. administration failed to control the damage after the July 15 coup attempt, and it is a reality that the Turkish people are very reactive to the U.S. at this point. Biden’s visit, however, can be an excellent opportunity to repair ties and change the negative perception of the U.S. among some in Turkey. In U.S.-Turkish relations, in previous periods, several trips by high-level U.S. officials to Turkey generated a very positive reaction from the Turkish people by removing misunderstandings and misperceptions and regenerating a positive atmosphere for a better working relationship. Then President Bill Clinton’s trip to Turkey and his visit to earthquake-hit towns in 1999 and President Barack Obama’s trip to Turkey when relations were at one of their lowest points in 2009 played important roles in fixing relations. Likewise, this trip is also taking place at a critical time.

The people will closely follow the messages that Biden gives and his itinerary. His trip needs to fill the gapfrom the U.S. concerning the feeling of empathy and appreciation of trauma among the Turkish people.Efficient public diplomacy is very necessary as a first step. This could be achieved on the visit through visits to people who were wounded in the coup attempt, meeting with journalists who stand against the coup and commemorations at the key locations of the resistance to the coup, including Parliament and the Bosporus Bridge. With these very sensitive conditions in Turkey it is important to choose words that will resonate in sharing the people’s pain and celebrating of the democracy watches.

Messages and symbolic actions, however, will only be a temporary fix. The people in Turkey also want to hear about some positive steps from the U.S. to meet Ankara’s demands after the coup attempt, which include bringing the perpetrators of the coup to justice wherever and whoever they are. It should be remembered that the supporters of all major political parties joined different political watches and for the first time in the country’s history, and all political leaders showed up at the same rally to stand against the coup. There is also a wide consensus among the people about the responsible group about the coup.

In the medium term, of course, actions need to support words in terms of the organizations that Turkey considers to be serious national security threats. The massacre at the coup attempt and since then the attacks of the PKK in Van, Bitlis and Diyarbakir demonstrated the serious risks that Turkey is facing. Solidarity by the allies is very important for the future of the bilateral relations. It should be realized that the thing the Turkish people who went through one of the most difficult periods in their history expect from U.S. officials is a show of solidarity and empathy for a significant ally. Possible positive steps in new eras of cooperation, such as strengthening economic relations and more coordination to relieve the humanitarian crisis in Syria as well as stronger intelligence cooperation against the three groups that coordinate and operate transnationally will be beneficial for the future of bilateral relations.

In fact, Biden’s visit can bring many good things and opportunities for bilateral relations if the U.S. can show support for Turkey and Turkish people. It is an era that will stay in the memories of the people for many years. Any negative or positive steps will generate long-lasting impacts and define the alliance.

What Is the Relationship between US and the PKK?
Previous

DAESH and PKK Attack Turkey Again
Next
Loading...
Loading...
We use cookies to ensure that we give you the best experience on our website. If you continue to use this site we will assume that you are happy with it.Ok