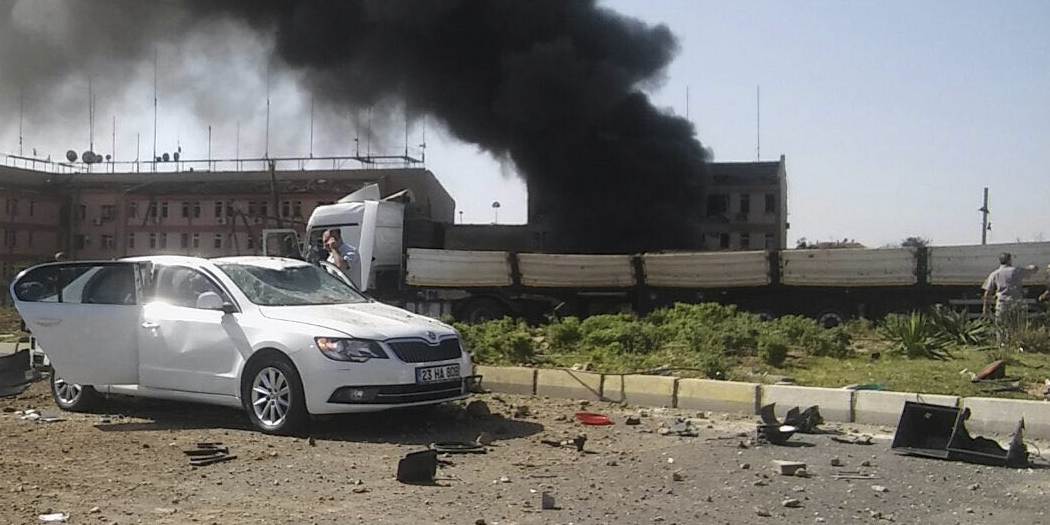 What Is the Relationship between US and the PKK?

The PKK is once again on the stage, having sped up its bloody terrorist attacks. Yesterday, the PKK conducted two major attacks, first in Van, followed by another one in Elazığ. Blowing up a vehicle in front of the April 2 Police Station, the attack killed three people, two of whom were civilians, and wounded 73, 53 of whom were civilians and 20 were police. Following this, the PKK attacked the Elazığ Police Headquarters with a car bomb, killing three police and wounding 217, 14 of whom sustained heavy injuries.

Beginning a new rush of terrorism almost exactly a year ago under the guise of a revolutionary people’s war, the PKK aimed to create an environment of civil war through urban battles and declarations of political autonomy. Thinking that an administrative vacuum had occurred especially between the June 7 and Nov. 1, 2015 elections, the PKK sped up its activities. However, the state’s new strategy against the PKK, the lack of a response from the Kurdish population to the PKK’s calls for rebellion and the Justice and Development Party (AK Party) re-assuming power in a strong manner following the Nov. 1 elections constricted the PKK’s strategic maneuverability. Understanding after the Nov. 1, elections that its assertion of political autonomy would find no response and that to the contrary, it was losing serious ground throughout the country, the PKK then started using suicide attacks in metropolitan areas. Carrying out attacks under the Kurdistan Freedom Falcons (TAK) in the big cities, the PKK’s main aim was clearly understood on the night of July 15, 2016. The investigations that have been carried out succinctly put forward that certain soldiers who were members of the Gülenist Terror Group (FETÖ) and who were among the leaders of the coup attempt on the night of July 15 were also in cahoots with the leading group of the PKK. We also see that during this period, the PKK worked to form an environment of fear and chaos in order to prepare the grounds for a coup.

The PKK began its activities four days after the July 15 coup attempt, and it has increasingly sped up activities. The PKK has murdered many civilians in cold blood. I wrote about how the PKK targeted civilians in Van and Elazığ at the beginning of this piece. A few days ago, the PKK attacked a traffic supervision station close to Bismil, killing seven people, five of whom were police and two civilians, one of them a child. In that attack, 45 people were wounded, again, mostly civilians. What we had to see last week due to the PKK’s new wave of terrorism was truly gruesome. In one of its attacks, the PKK killed nearly all of the members of a family. Occurring in the middle of Diyarbakır, a mother, her two daughters and her two grandchildren aged 3 and 8, lost their lives in the attack.

The PKK is systematically moving the civilian massacres it has been carrying out in the aftermath of the FETÖ coup attempt under the guise of TAK in the country’s west to eastern and southeastern Anatolia. The PKK is now losing ever more rapidly what little societal support it had. It is carrying out these attacks despite this.

I am talking of a terrorist organization, the PKK, which The New York Times, Washington Post, and many other Western media organs have referred to as Kurdish rebels.

Unfortunately the PKK, despite being on the U.S.’s list of foreign terrorist organizations, has the status of a dirty tool that has been used in the term of U.S. President Barack Obama’s administration both to put Ankara in a tight corner at the negotiation table and to deepen the tensions already present in Syria. The PKK does not want to give up this status. It wants to show that it is still useful, that it can stand on its own and that it has the capacity for attacks. This is one of the most important motivational factors behind the PKK’s terrorist attacks.

Another motivating factor behind the PKK’s attacks currently is the perceived psychological supremacy it has gained through the liberation of Manbij from DAESH in northern Syria and the attempt to spread this supremacy throughout the organization.

Another motivator is the desire to minimize the potential negative effects of Turkish-Russian rapprochement. The PKK knows that one of Turkey’s consensus points with Russia on Syria is to clear the way for Turkey to fight against the Kurdish Democratic Union Party (PYD). Another point of common action between Turkey and Russia in Syria will be that of the struggle against DAESH. This signifies taking away one of the PKK’s most important assertions, that of being a local force in the struggle against DAESH. For this reason, through these terrorist attacks, the PKK is attempting to prevent Turkey from establishing a strategy and following through with an independent foreign policy.

When we bring all of this together, the following questions appear: Is the process of instability that was attempted but unsuccessful in the July 15 FETÖ coup attempt in Turkey now being attempted through the PKK’s activities? And is this process being led by the U.S.? These questions are some that the public in Turkey is asking today, and to which most believe the answer is yes.

Why should not the West love the Gülenists?
Previous

Where Does US Stand In Turkey's Fight against FETÖ, PKK
Next
Loading...
Loading...
We use cookies to ensure that we give you the best experience on our website. If you continue to use this site we will assume that you are happy with it.Ok