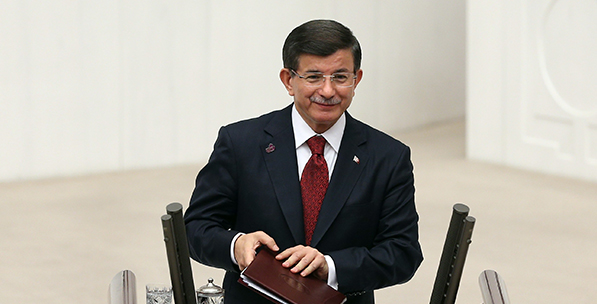 What Does the New Cabinet Mean?

The opposition side has given start to a brand new campaign after the AK Party's landslide victory, in which Erdoğan and Davutoğlu are portrayed to be in administrational conflict.

The new Cabinet was announced two days ago. Who would be in the Cabinet had been one of the top topics on the political agenda for a while. Two factors came forward in the debates over the composition of the Cabinet. First, how would the balance between the president and the prime minister be established in the Cabinet, and second, how will economic management be shaped?

At the center of the debates occurring during the formation process of the Cabinet, the thesis had been that there was a difference of vision between President Recep Tayyip Erdoğan and Prime Minister Ahmet Davutoğlu and that there was an administrative struggle going on. According to this thesis, President Erdoğan wanted to shape the Justice and Development Party (AK Party), the AK Party group in Parliament and the to-be-formed Cabinet in accordance with his vision and political expectation, while Prime Minister Davutoğlu attempted to enlarge his autonomy.

From the day President Erdoğan assigned Prime Minister Davutoğlu the duty of forming the administration, the differences between the two actors and the potential for conflict began to be mentioned. Interestingly, despite statements from both actors pointing to the opposite, they were portrayed as being in administrational conflict. These empirically unfounded commentaries, rather than analyzing the political reality, became simply wishful thinking, serving the purpose of building a new political reality. The supposed tension and potential rupture between Erdoğan and Davutoğlu was regarded as an area of politicking for the AK Party’s political opposition. Once again, anti-Erdoğan images were employed throughout this period. The discourse of “Erdoğan’s authoritarianism” was again pushed into circulation.

There are a few factors that those who are making these comments and reducing the formation period of the Cabinet to an administrational struggle between Erdoğan and Davutoğlu have missed. Firstly, Davutoğlu is a political actor who, since the beginning of his political career, has shared President Erdoğan’s political vision and has found himself a place in the political arena through Erdoğan’s support. Secondly, during the time when Davutoğlu became AK Party leader, replacing Erdoğan, his attitude in keeping to Erdoğan’s formative ideology was a decisive factor. The main point of the debate about who would be party leader after Erdoğan was whether this person would be with Erdoğan or whether they would be an alternative to him, supposedly personified by Abdullah Gul. And thus, Davutoğlu was alleged to have been elected to the AK Party leadership position because he best represented Erdoğan’s ideas.

In this context, we cannot talk about a visionary difference or administrative conflict between Erdoğan and Davutoğlu in AK Party politics, but rather of Davutoğlu distancing himself from Erdoğan’s line. And this is not something that suits Davutoğlu’s political realism. Let alone the fact that there is a serious commonality in both Davutoğlu and Erdoğan’s political visions on the basis of their civilizational discourse.

In this situation, alleging an Erdoğan-Davutoğlu conflict over the newly formed Cabinet is unrealistic. What is correct is that Davutoğlu has chosen to continue his political career in a manner that encapsulates Erdoğan’s political vision and goes forward in coordination with President Erdoğan. This situation does not equate to a political situation wherein Davutoğlu is ineffectual and passive and Erdoğan is active and influential. On the contrary, there is ahead of us a political period where both actors are active and working together effectively. Those who do not evaluate these two actors’ relationship on the basis of functionality and rationality will speak of an essentialist administrational struggle and will unfortunately overlook the reality facing them. When looking at the composition of the newly formed Cabinet, it will be obvious that it is formed of names who will work well with Prime Minister Davutoğlu and who have internalized Erdoğan’s formative political vision.

I mentioned another debate going on about the new Cabinet – the manner in which economic management would be shaped. In the present Cabinet, the names in economic management point to the fact that there is an attempt to balance two factors in the economy and the process. It appears that while on the one hand, economic management continues to be about “financial stability,” on the other hand, it will also lean towards issues such as “economic development,” “production economy,” “tax reform,” “social policy” and “rejuvenation of the energy sector.”

From this day on, the government faces responsibilities such as forming the legal basis of the socio-political transformation that have been going on since 2000, implementing the 2023 goals development steps expressed and, of course, facing foreign policy challenges, such as the problems connected to the Syrian civil war. There are about four years in front of the AK Party to accomplish these responsibilities. I hope that these four years will be successful in terms of the democratization of politics, the growth of its economy and the establishment of societal peace.

The Tension between Russia And Turkey Will De-escalate
Next
Loading...
Loading...
We use cookies to ensure that we give you the best experience on our website. If you continue to use this site we will assume that you are happy with it.Ok