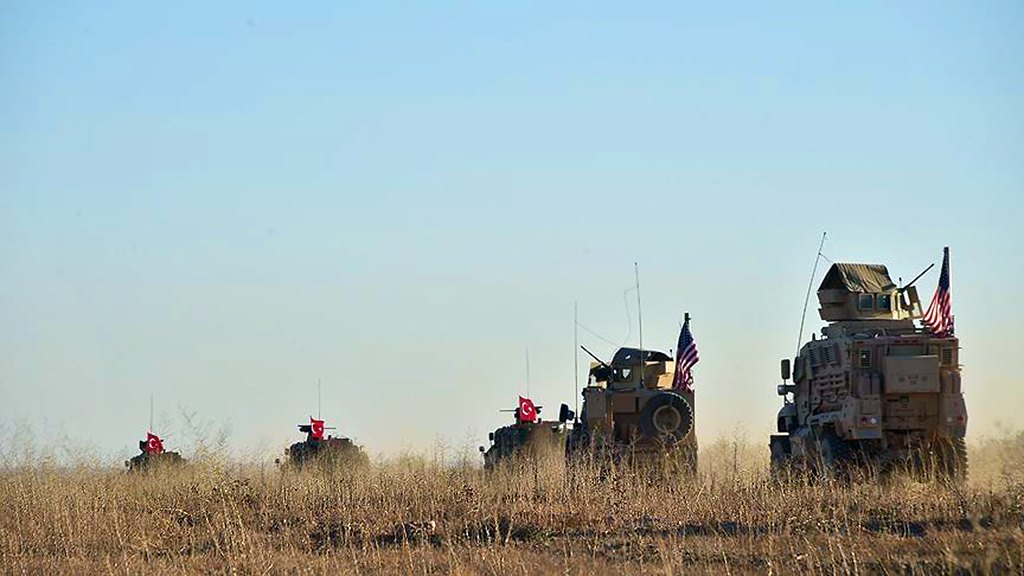 US needs to coordinate withdrawal from Syria with Turkey

A new year has begun and there is no shortage of political debate in Turkey. The U.S. withdrawal from Syria and the March 31 municipal elections are among the most critical issues on the agenda. Let's focus on Syria today.

A new year has begun and there is no shortage of political debate in Turkey. The U.S. withdrawal from Syria and the March 31 municipal elections are among the most critical issues on the agenda. Let’s focus on Syria today.

Since 2013, the Syrian civil war was one of the driving factors behind the turmoil in Turkey. The country’s strong performance in the theater of war and at the negotiating table facilitated some degree of recovery. The Astana process, leader-to-leader diplomacy and rapprochement with the United States made it possible for the Turks to follow a more active foreign policy. In this sense, 2019 will be a year of diplomacy and new military operations for Turkey. Future developments in Syria will reshape the balance of power in the Middle East.

With the Assad regime playing mind games in Manbij, all eyes were on a meeting of senior Turkish and Russian officials in Moscow on Saturday. The Russians wanted to be sure that Washington was serious about pulling out of Syria. They thought that the probability of a speedy withdrawal was unclear at best. If anyone hoped that Turkey and Russia would fight over Manbij and the situation to the east of the Euphrates, they were sorely mistaken. In the words of Russian Foreign Minister Sergei Lavrov, the Moscow talks produced an agreement “regarding the coordination of our units for the purpose of eliminating the terror threat in Syria.” Russian President Vladimir Putin, in turn, sent a New Year’s Eve message to President Recep Tayyip Erdoğan to reiterate his commitment to cooperating with Ankara in the Syrian theater and stressed the importance of long-term bilateral relations, “I am confident that Turkey and Russia will continue to promote Eurasian security together.”

Those statements demonstrate that the Kremlin won’t undermine its relations with Turkey to enable the Assad regime to seize control the east of the Euphrates after the U.S. withdrawal. Certainly, there will be lengthy negotiations between the Turks and the Russians. At the end of the day, a bilateral meeting between Erdoğan and Putin or a trilateral summit involving the two leaders and Iranian President Hasan Rouhani will result in a final settlement. Going forward, there is no reason to believe that the developments in Syria will derail Turkey’s strengthening partnership with Russia.

Here’s why: With the United States out of the game, Syria ceases to be the venue of strategic competition in the Middle East. Moreover, the rapprochement between Turkey and Russia isn’t limited to Syria and the Middle East. The two countries have shared interests in various areas including energy and defense. Their interests in the Black Sea balance of power and the future of Europe are largely aligned. Putin’s remarks about his commitment to promoting Eurasian security in cooperation with Turkey are especially noteworthy. Meanwhile, all sides will monitor closely what will happen in the Middle East after the United States pulls out. At the same time, it seems that Washington’s withdrawal won’t be completed as quickly as originally intended.

The word in Washington is that U.S. President Donald Trump will slow down the withdrawal of American troops from Syria. Speaking to reporters after a meeting with Trump, Republican Senator Lindsey Graham said that the United States was determined to prevent clashes between Turkey and the PKK terrorist organization’s Syrian affiliate, the People’s Protection Units (YPG). He added that a buffer zone could be established to protect Turkish interests in the area. That slowdown could be a good thing for Turkey’s takeover of the fight against the Daesh terrorists. After all, both sides need to make preparations and coordinate their actions. It is crucial to remain vigilant about any potential fait accompli. Without deploying troops to certain areas to the east of the Euphrates River and former U.S. military bases there, the Turkish military seems unlikely to defeat Daesh for good. To turn the YPG-controlled territory into a safe environment for the resettlement of Syrian refugees, close bilateral coordination is key. Yet it appears that the charge of “selling out U.S. allies” got under Trump’s skin. If the so-called buffer zone is an attempt to prevent the eradication of YPG militants in the area, it would weaken Washington’s newfound agreement with Turkey and fuel tensions between them. Any attempt to withdraw from Syria in a way that protects the YPG militants reflects a failure to appreciate Turkey’s security concerns and is doomed to fail.

Political settlement on the horizon for Syria
Previous

US withdrawal from Syria puts stakeholders on alert
Next
Loading...
Loading...
We use cookies to ensure that we give you the best experience on our website. If you continue to use this site we will assume that you are happy with it.Ok