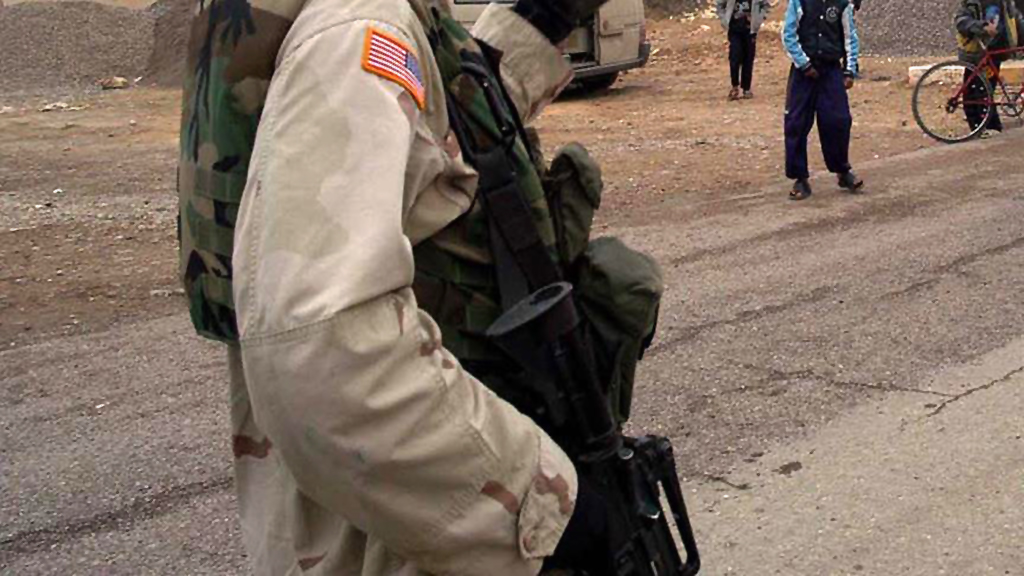 President Recep Tayyip Erdoğan insists on U.S. troops withdrawing from Manbij, saying that promises President Barack Obama made to Ankara must be kept. His most recent threat to seek international legal action against Washington's support for the People's Protection Units (YPG) militia in northern Syria shows that Turkey's patience is running out.

President Recep Tayyip Erdoğan insists on U.S. troops withdrawing from Manbij, saying that promises President Barack Obama made to Ankara must be kept. His most recent threat to seek international legal action against Washington’s support for the People’s Protection Units (YPG) militia in northern Syria shows that Turkey’s patience is running out.

The United States, in turn, relies on diplomacy to de-escalate tensions with Ankara. U.S. National Security Advisor Gen. H.R. McMaster will travel to Turkey this weekend, followed by Secretary of State Rex Tillerson next week, to hold talks on several flashpoints, including the YPG. Meanwhile, U.S. Central Command (CENTCOM) commanders recently visited Manbij and issued controversial statements that frustrated Turkish officials. Special Operations Commander Maj. Gen. Jamie Jarrard said that they are proud of their position in Manbij. Lt. Gen. Paul Funk added: “You hit us, we will respond aggressively. We will defend ourselves.”

Needless to say, the upcoming visits from McMaster and Tillerson represent an opportunity for Ankara to change Washington’s YPG policy, which has been shaped by CENTCOM. Operation Olive Branch further complicated U.S. commanders’ YPG-centric Syria policy on the ground. It would appear that CENTCOM commanders falsely assumed that Turkey would not attack Afrin. And the upcoming visit by senior U.S. officials is an opportunity to ensure that the delusions of U.S. commanders will not run Washington’s entire Syria strategy aground. Moreover, it is an opportunity to find a diplomatic solution to pressing problems in Turkish-U.S. relations before they reach a point of no return. Moving forward, the White House and the State Department must play a more active role in Washington’s Syria policy. It is time to take a step back from the romantic approach of CENTCOM commanders, who make the case that they fought side by side with YPG and therefore must not abandon them now, and embrace the State Department’s position that the YPG could be used as a bargaining chip in diplomatic negotiations. Furthermore, the U.S. cannot afford to tolerate the current state of chaos in Washington, which makes President Donald Trump look like a liar. The tug of war between U.S. foreign policy makers over Turkey is starting to get frustrating.

Another reason why Washington is dispatching two heavyweights to Turkey now is the effects of Operation Olive Branch in northern Syria. In recent weeks, various stakeholders have developed new tactics and started a new round of negotiations. The U.S. position in Syria continues to weaken and the mass movement of YPG militants to Afrin, who are supposedly fighting Daesh, is a cause for serious concern.

In my view, Washington has a much bigger problem in Syria than the narrative pushed by U.S. officials, as their local partners are being distracted from the fight against Daesh. The truth is the U.S. cannot control the YPG anymore. As YPG militants crossed over to Afrin, they effectively rejected the claim by U.S. commanders that the YPG in Afrin were not the same people that received U.S. support against Daesh in the northeast. As the campaign continues, it is becoming clearer that PKK and YPG are indeed one and the same and that the United States has been supporting a terrorist organization.

To the YPG militants, Damascus signaled that it is the only reliable partner if they want to protect themselves from Turkish attacks.

To Ankara, the regime sent the message that it wants to be dealt with directly unless it wants Assad to continue cooperating with the YPG.

More importantly, Assad showed the U.S. that their YPG partners are off the leash.

In other words, the Afrin-bound convoy established that the PKK and YPG are the same and that their U.S. handlers cannot stop YPG fighters from rushing to Afrin out of nationalist fervor.

It is our understanding that two senior members of the Trump administration will come to Turkey over the next days to negotiate. One could safely assume that they will initially propose a deal, under which Turkish forces would not enter the Afrin city center in return for the YPG’s withdrawal from Manbij. However, tensions will ease only temporarily in the absence of an acceptable offer regarding the YPG presence east of the Euphrates River. To be clear, Ankara is unlikely to accept any arrangement that would grant control over any amount of territory to the YPG.

Still, it is important that diplomatic channels with the United States are kept open, but Washington has to set aside CENTCOM’s tactical considerations to make concrete progress. Starting with Syria, Turkey and the U.S. must make a fresh start unless they want Russia, Iran and the Assad regime to make new moves to force Washington into a corner.

Erdoğan's visit with Pope Francis and an alliance of civilizations
Previous

AK Party, MHP agree on domestic, foreign policy issues
Next
Loading...
Loading...
We use cookies to ensure that we give you the best experience on our website. If you continue to use this site we will assume that you are happy with it.Ok