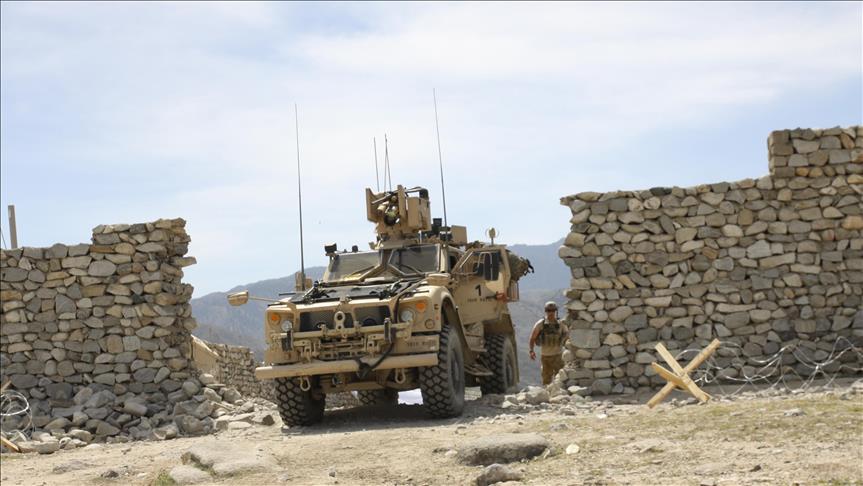 Nowadays, there is heavy diplomatic traffic between Turkey and the United States. Following U.S. National Security Adviser Gen. H.R. McMaster's visit to Istanbul over the weekend, U.S. Secretary of State Rex Tillerson is expected to be in the Turkish capital Ankara on Thursday. Meanwhile, the Turkish and American defense ministers will reportedly hold talks in Brussels later this week.

Nowadays, there is heavy diplomatic traffic between Turkey and the United States. Following U.S. National Security Adviser Gen. H.R. McMaster’s visit to Istanbul over the weekend, U.S. Secretary of State Rex Tillerson is expected to be in the Turkish capital Ankara on Thursday. Meanwhile, the Turkish and American defense ministers will reportedly hold talks in Brussels later this week.

Judging by the public statements, the two countries are engaging in unusually detailed and serious negotiations. Washington still seeks to limit the scope of Operation Olive Branch, which the Turks launched on Jan. 20, to prevent the Turkish military from entering the town center, in an effort to save the People’s Protection Units (YPG) militants. It would appear that Turkey-U.S. relations will remain strained in the foreseeable future.

At the heart of bilateral tensions lies Washington’s refusal to reconsider its deeply flawed Syria policy, which involved providing political and military support to the YPG, the PKK terrorist organization’s Syrian wing. To add insult to injury, U.S. officials seem to believe that they could talk their Turkish counterparts into looking the other way and ignore how vital Operation Olive Branch is to Ankara’s interests.

Late-comers to the Syrian conflict, the Turks unfortunately discovered that the United States, its NATO ally, was fighting for the other side. To be clear, a deeply unsettling point has been reached across Turkey’s southern border and the relationship has been saved thus far by the deep-running ties between Washington and Ankara, and the NATO alliance.

Since 2013, steps taken by the United States in Syria consistently hurt Turkish interests. But the Turks relied on diplomatic talks to raise their concerns. The announcement that Washington intended to turn the PKK’s Syrian wing into a 30,000-strong border security force, however, was the feather that broke the camel’s back.

At this point, the current situation is alarming for two reasons:

First, the Trump administration still fails to take seriously Turkey’s criticism of Washington’s Syria policy. Instead, the U.S. wants to put some make-up on the United States Central Command’s (CENTCOM) original YPG policy to fool the Turks. It would appear that the recommendations of Washington realists, who appreciate Turkey’s strategic significance, fall on deaf ears. The Trump administration either doesn’t think that losing Turkey would be a huge problem or simply underestimates the Turkish commitment to combat the PKK/YPG in northern Syria. For some reasons, the U.S. seems to believe that they could keep supporting the YPG, which Turkey considers an existential threat, and remain friends with the Turks. If Washington is fine with losing Ankara’s friendship, there is not much left to say.

Secondly, we have reached a point where both sides apparently believe that they could go their own way and abandon their strategic partners. This development takes place at a time when the United States neglects its global responsibilities, witnesses a decline in its international legitimacy and does not care about paying lip service to values, such as human rights and democracy, to sugarcoat its national interests. At the same time, U.S. allies are trying to protect themselves from Washington’s recklessness.

Unlike previous crises between Washington and Ankara in 1964 and 1974, the current escalation takes places outside the context of Cold War geopolitics. Again, unlike the 2003 crisis over the U.S. invasion of Iraq, Turkey is resorting to hard power in Syria. At the same time, Turkey has been able to work productively with Russia and Iran – which the U.S. considers enemies whose influence must be contained at all costs. It would appear that the Turkish public’s traditional hostility toward the Soviet Union has been replaced by the United States due to Washington’s support to PKK/YPG militants.

Under the circumstances, harsh warnings by Prime Minister Binali Yıldırım, Deputy Prime Minister Bekir Bozdağ and Foreign Minister Mevlüt Çavuşoğlu must ring alarm bells in Washington. Let us hope that Mr. Tillerson will show up at the Turkish capital ready to satisfy the Turkish foreign minister, who remarked on Monday that this was a make-or-break moment for Turkey-U.S. relations.

What I like about American soldiers is that they develop a sense of empathy upon retirement and get much better at understanding what needs to be done. Retired Gen. James Stavridis, a former Supreme Allied Commander at NATO and U.S. Navy admiral, is a case in point. In a recent article published on Bloomberg View, Gen. Stavridis argued that Operation Olive Branch reflected Turkey’s legitimate concerns about the PKK/YPG militants and urged NATO to support Turkey, “The Pentagon must be working its channels with the Turkish military on a daily basis to deconflict operations and intentions. … The overall U.S. strategic interest lies in keeping Turkey aligned with NATO and the trans-Atlantic community. It would be a geopolitical mistake of near-epic proportions to see Turkey drift out of that orbit.”

Beyond morality: Why US should stop supporting YPG
Next
Loading...
Loading...
We use cookies to ensure that we give you the best experience on our website. If you continue to use this site we will assume that you are happy with it.Ok