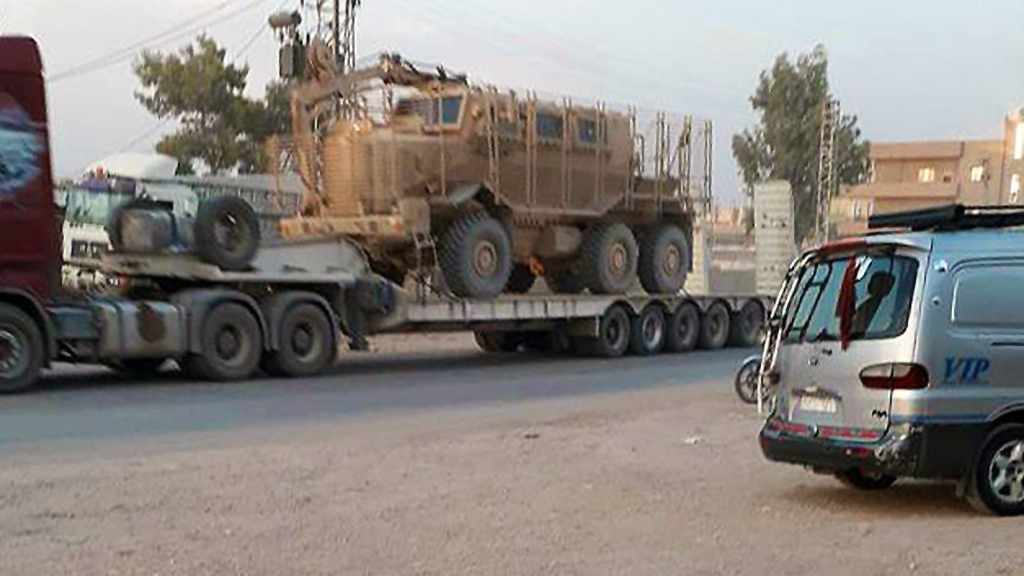 Beyond morality: Why US should stop supporting YPG

The U.S.'s continuous support for the People's Protection Units (YPG) in northern Syria has elicited political criticism and moral outrage in Turkey.

The U.S.’s continuous support for the People’s Protection Units (YPG) in northern Syria has elicited political criticism and moral outrage in Turkey. It continues to be the number one issue for academic and policy circles that discuss foreign policy and security along with Operation Olive Branch. Turkish people are highly engaged in this debate and are deeply disappointed with Washington’s policies that lack any sign of empathy or goodwill toward their concerns in the past couple of years. Unlike American society, Turkish people are highly interested in foreign policy and security discussions and are aware of the link between domestic politics and foreign policy.

U.S. Secretary of State Rex Tillerson’s recent visit to Turkey is considered the last opportunity to bridge the gap between the two NATO allies before the possibility of a major structural disengagement. Tillerson’s message and offer to Ankara will be crucial for Turkey to rearrange its foreign policy and security architecture for the Middle East. This visit will either be the beginning of a new and more hostile form of a relationship between Turkey and the U.S. or will be the first step toward the restoration of trust and rebuilding of the positive relationship.

At the moment, both countries seem to be far from understanding each other’s concerns. For Ankara the existence of the YPG along its border with Syria is a fundamental threat to its territorial integrity and survival of its state. Washington seems to be more concerned with the increasing influence of Iran and Russia in the region and is worried about Israel’s security. A possible clash between Turkey and the U.S. will not help either to address their concerns. Some circles in Washington still think that they can discipline Ankara with sticks and force regime change, but this understanding is far from reflecting reality, and further use of sticks can only accelerate the rupture between the two.

Many analysts in Turkey fail to see the policies of U.S. President Donald Trump’s administration on the Middle East and North Africa (MENA) region is connected to Israeli Prime Minister Benjamin Netanyahu’s government’s strategic vision for the region. The U.S.’s insistence on the existing policy line may be quite counterproductive and even destructive to the country’s wider geopolitical interests. A more genuine conversation between Ankara and Tel Aviv may help mitigate some important stumbling blocks and prevent further tensions between Ankara and Washington, as well.

Why is it irrational?

Turkey has been fighting against the affiliate of the YPG for nearly 40 years, and no one in Turkey wants to live under the threat of this organization even more strengthened with the support of the world’s superpower. U.S. Congress’s recent approval of more than half a billion dollars for equipping and training the YPG and U.S. special forces Commander Lt. Gen. Paul E. Funk’s threats to his country’s NATO ally concerning Manbij together with YPG terrorists is interpreted and evaluated the way that the Pentagon wanted to express itself. These bizarre moves only undermined the already low level of trust Ankara has for Washington.

Decision makers in Turkey and Turkish people are far from being frightened from these steps since the prevention of a PKK and Democratic Union Party (PYD) political entity along the Turkish border in Syria is considered an existential threat to the survival of the Turkish state. Turkish authorities may take unexpected risks if the U.S. continues its dysfunctional policy. There is a consensus among almost all segments of Turkish society that the U.S. is politically and morally wrong in its efforts to support the YPG. Even left-leaning Kurds and sympathizers are timid about expressing support for the military alliance between the U.S. and YPG.

Turkey’s criticism of the U.S. policy of arming, training and politically supporting the YPG is usually made along with some moral lines. Support for the terrorism, betrayal of trust among two allies and the U.S.’s imperial design for the entire MENA region have been main arguments and criticism Turkey has leveled at the U.S. Anti-Turkey circles in Washington constantly emphasize Ankara as an untrustworthy ally and that the Turkish government is authoritarian and Islamist in order to substantiate their policies. These critiques and moral arguments may have popular support, but the two countries should go beyond this morality and focus on the fundamental issues to generate more creative negotiation options. For Washington, the cost of arming and training the YPG and alienating Turkey is much higher than its possible returns. In rational terms, it would be quite costly for the U.S. to maintain a policy in Syria that is dependent on the YPG.

First of all, even U.S. intelligence agencies confirm the link between the PYD, its YPG and the PKK, which Washington officially recognizes as a terrorist organization. The U.S. is supporting and arming an affiliate of an organization that is officially recognizes as a terrorist group. This is a major problem and diplomatic mistake that may have legal and political consequences for the U.S. This may also be used against Washington in different multi-lateral environments. The support for the Syrian Democratic Forces (SDF), which is dominated by YPG elements, is funded by U.S. taxpayers, and we still do not know the extent of any clandestine support from official U.S. institutions to the YPG. Details of this support may eventually be revealed at some point and the officials who were involved in this illegal relationship may be prosecuted.

In order to maintain U.S. support, the YPG could blackmail U.S. agencies by revealing their earlier support, or they could transfer some of the U.S.-provided weapons to other terrorist organization. Those weapons may eventually be used against U.S. interests as well. Terrorist organizations do not act in accordance the code of conduct and moral values that states must follow.The other issue is that the PYD is not a powerful political entity that will gain the support of the local actors in the region.

The YPG has alienated Arabs, Turkmens and even moderate Kurds who do not believe in the extreme Marxist views of the PKK and PYD. People under the control of the YPG are unhappy about the oppressive practices of the organization. Hundreds of thousands of Kurds escaped to Turkey and the Kurdistan Regional Government (KRG) in northern Iraq in the past several years because of forced conscription, especially children. Human rights violations and the forced demographic engineering policy of the YPG is another problem that further increases the hostility toward the YPG and its U.S. benefactor. Despite some media outlet’s extravagant efforts to whitewash the YPG, presenting the organization as democratic, the reality on the ground is far from this propaganda.It would not be surprising for the YPG to search for an alliance with the U.S.’s rivals if Washington stops funding the organization.

Maintaining a YPG force of 30,000 to 40,000 in northern Syria will be costly and risky and will eventually be an issue of debate in Washington. The most important price is definitely losing Turkey as an important regional ally. Losing Turkey, which has shown itself to be the most effective regional force in the fight against Daesh, will weaken the coalition against Daesh. Washington will also be much weaker in its attempts to maintain geopolitical stability in the regions surrounding Turkey. Besides being morally wrong, Washington’s support the YPG is rationally a miscalculation and may be costly for U.S. interest. It would be much more useful for both Ankara and Washington to maintain a relationship based on rational mutual interests. Building confidence will be the firsts step for this. Tillerson’s visit to Ankara will be an extremely important opportunity.

Training and equipping a separatist group against Turkey
Next
Loading...
Loading...
We use cookies to ensure that we give you the best experience on our website. If you continue to use this site we will assume that you are happy with it.Ok