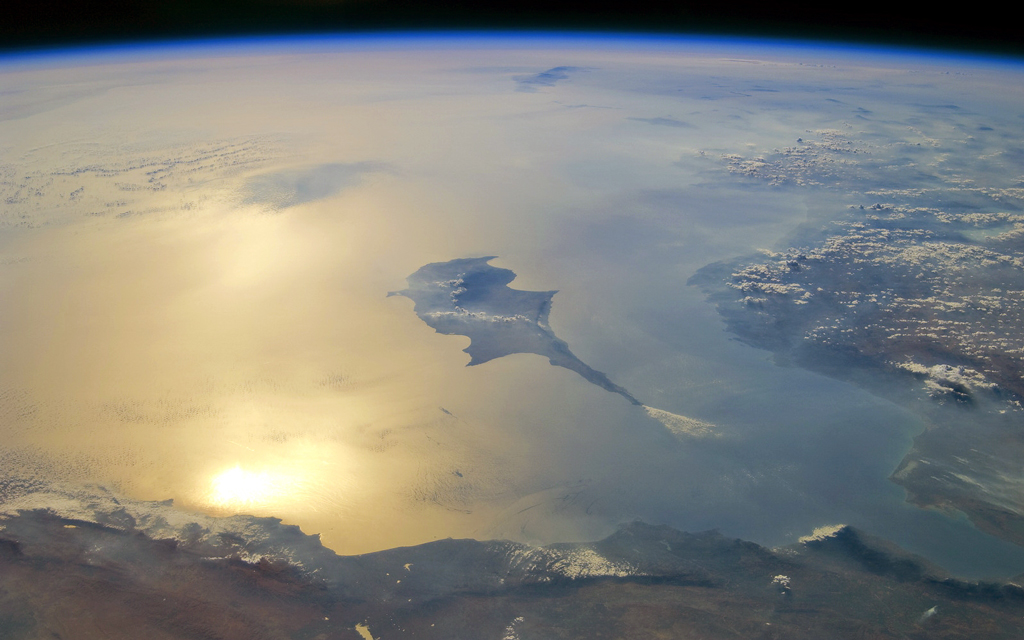 A satellite view of the Eastern Mediterranean (2011)

Turkey took three crucial steps in late 2019 to tilt the balance of power in the Eastern Mediterranean. Those military and diplomatic measures, which the country took in the Mediterranean theater to strengthen its hand at the negotiating table, indicate that the Libya question will fare as prominently in Turkey's agenda as the Syria file.

Turkey took three crucial steps in late 2019 to tilt the balance of power in the Eastern Mediterranean. Those military and diplomatic measures, which the country took in the Mediterranean theater to strengthen its hand at the negotiating table, indicate that the Libya question will fare as prominently in Turkey’s agenda as the Syria file.

First, Turkey signed a security and military cooperation agreement and a memorandum of understanding regarding the delimitation of maritime jurisdictions in the Eastern Mediterranean. Those documents prevented Greece and the Greek Cypriots to limit Turkey’s maritime jurisdiction to the Gulf of Antalya. Alarmed by Ankara’s move, Athens has been trying to work more closely with Cairo and Paris. Their foreign ministers will meet in Egypt on Jan. 4, but there can be no “regional cooperation” without Turkey.

At the same time, President Recep Tayyip Erdoğan’s administration prepares to deploy military personnel to Libya on the invitation of the Government of National Accord (GNA). The Parliament will debate and vote on a bill authorizing military operations in Libya when it reconvenes after the winter break. Sources believe that the resolution will pass with the support of the Justice and Development Party (AK Party) and the Nationalist Movement Party (MHP).

Last but not least, Turkey launched a diplomatic offensive to contribute to the political solution of the Libyan conflict. In this context, the Turkish government has been taking steps to work more closely with Tunisia, Algeria and Qatar. If Turkey and those countries can cooperate effectively, they can shift the balance of power in North Africa.

It goes without saying that Greece and Egypt, whom Turkey’s most recent steps unsettled, will do everything in their power to prevent Ankara from establishing a military presence in Libya. According to media reports, the two countries are getting ready to launch a joint operation called Medusa. A showcase of hard power, however, would enable the Turks to support the political process in Libya and strengthen their own hand at the negotiating table for the Eastern Mediterranean.

Gen. Khalifa Haftar, who seeks to overthrow Libya’s internationally recognized government, counts on thousands of Russian and Sudanese mercenaries. His forces are currently some 30 kilometers away from Tripoli. Without Turkish involvement, the Libyan capital will fall, dragging the country deeper into civil war.

To be clear, the United Nations, the United States and the European Union recognize the Government of National Accord as Libya’s legitimate administration – at least on paper. To compel Haftar to negotiate terms, the international community needs to provide military support to the GNA. According to sources, the deployment of Turkish troops could tilt the balance in the GNA’s favor.

In that case, there are obvious questions that need answering: Will Russia, which operates on the ground through “private’ military contractors, up the ante? Will the Russians cooperate with Egypt and Greece, risking a confrontation with Turkey? If Russia doubles down, will the United States, which is largely irrelevant in the Libyan theater now, become more actively involved? Can the U.S. and the EU stomach Turkey and Russia rewriting the Libya file?

An upcoming meeting between U.S. President Donald Trump and Egypt’s Abdel Fattah el-Sissi signals that Washington won’t stand idly by as Moscow assumes a more active role in Libya. Meanwhile, Erdoğan and his Russian counterpart, Vladimir Putin, are scheduled to meet in Istanbul on Jan. 8. Their discussion will be critically important, as the two leaders could facilitate a political solution in Libya together.

Now that Turkey has revealed its cards, Russia, too, needs to make up its mind about Libya. Although Moscow does not appear to be playing favorites between the GNA and the so-called Libyan National Army, the Wagner Group, a private military company with close ties to the Kremlin, clearly sides with the latter.

Moscow’s interest in Libya isn’t limited to Russian mercenaries and Gadhafi-era oil deals. The country has symbolic significance for Putin, who believes that the United States cheated Russia in the lead-up to the 2011 intervention that removed Moammar Gadhafi from power. In other words, there is no reason to believe that the Kremlin will watch the Libyan conflict from the sidelines. Nor is it reasonable to expect Moscow to side with Ankara, thus jeopardizing its relations with Egypt, Saudi Arabia, Greece and the United Arab Emirates. It is possible, however, that Putin will position himself as an “honest broker” between the two warring parties and their supporters. The successful leader-to-leader diplomacy, which Erdoğan and Putin have been exercising for years now, could contribute to peaceful resolution.

Western and Arab media outlets are already trying to spin Turkey’s moves as “neo-Ottomanist” and “Islamist” expansion. Sadly enough, the Turkish opposition plays into their hands by blabbering about Ankara’s potential involvement in the Libyan theater. When it comes to Turkish interests in the Eastern Mediterranean and Libya, politics must stop at the water’s edge. Pundits and commentators, who urge the Erdoğan administration to kiss and make up with Israel and Egypt to break Turkey’s “isolation” in the Eastern Med, must understand that Ankara cannot sit at the negotiating table, from which it has been excluded – and would have no choice but to stomach an unfair outcome if it did.

Turkey's Libya move and beyond
Previous