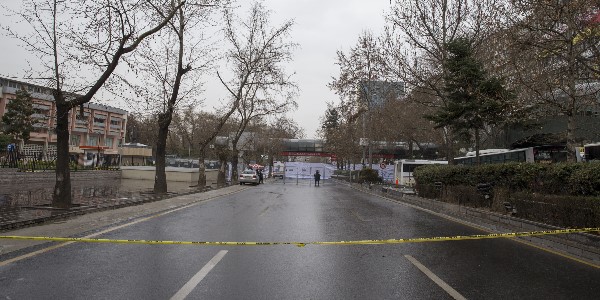 Turkey’s New Division: Us and Them

By killing civilians en masse, the PKK created a new distinction between Turkish citizens: A large number of people openly condemning the attacks and a small minority who would rather point their fingers at the government.

The Turkish capital Ankara was targeted by a suicide bomber for the third time since October 2015 last Sunday. Some 35 people perished in the attack and dozens were left injured. All three terror attacks targeted civilians in an attempt to spread fear and disrupt everyday life. The terrorists want Turkish citizens to believe that they can be hit anytime, anywhere – in a public square, at a subway station or during the evening rush hour.

It’s not difficult to figure out that either the PKK or a splinter group was behind Sunday’s suicide attack. Having suffered a heavy defeat in places like Sur and Cizre, the terrorists desperately want to take revenge. Unable to continue the so-called Rojava revolution in southeastern Turkey, they blow themselves up.

To be clear, the PKK militants’ anger is rooted in the fact that they simply can’t beat Turkey – even though the United States, Russia and Iran have got their backs. Believing that this is a historic junction for the Kurdish nationalist movement, the PKK leaders slowly turn their followers, blinded by unquestioning loyalty and a secular mind, into suicide bombers. In recent months, PKK suicide bombers have been killing Turkish citizens – servicemen and civilians, ethnic Turks and Kurds – to make up for the fact that the Kurdish people have no interest in joining their fight. By directly targeting civilians, the PKK leadership are looking to turn the Turkish people against President Recep Tayyip Erdoğan and the government.

One must appreciate the irony: The same terrorists who perpetrate suicide attacks on Turkish soil have the guts to talk about lurking authoritarianism because the government takes additional security measures to stop terror attacks.

At this point, there is no doubt that the PKK leadership will do anything to destabilize Turkey and further escalate violence in order to weaken the country’s democratically elected government and strong-arm the Turkish leadership into capitulation. Meanwhile, they are playing into the hands of Turkey’s adversaries around the world who would like to minimize the influence of Syria’s most powerful neighbor over the negotiations.

In response to the most recent developments, Nationalist Movement Party (MHP) Chairman Devlet Bahçeli came out in support of any steps to keep the nation safe. Kemal Kılıçdaroğlu, Turkey’s main opposition leader, has been less sensitive though. Just days ago, he argued that Turkey was “headed towards a dictatorship” and claimed that “the Justice and Development Party [AK Party] was willing to do anything, even commit political murders, to remain in power.” Mr. Kılıçdaroğlu, feeling desperate and hopeless, made little sense.

At this time, it is crucial for the Republican People’s Party (CHP) leadership to realize that exploiting a national tragedy to unite the opposition against the government would do more harm than good. Their supporters still believe that Turkey’s national interests take precedence over a smear campaign against the AK Party. Blaming the PKK’s return to violence on the government won’t change the fact that terrorists are systematically targeting Turkish citizens.

By killing civilians en masse, the PKK created a new distinction between Turkish citizens: A large number of people openly condemning the attacks and a small minority who would rather point their fingers at the government. This is exactly why the Peoples’ Democratic Party (HDP), the PKK’s political wing, has been rapidly losing support. Demanding that authorities be tough on terrorism, the electorate might quickly turn against the CHP leadership if they feel betrayed.

A PKK Offshoot Controlled by the PKKs High Officers: The TAK
Next
Loading...
Loading...
We use cookies to ensure that we give you the best experience on our website. If you continue to use this site we will assume that you are happy with it.Ok