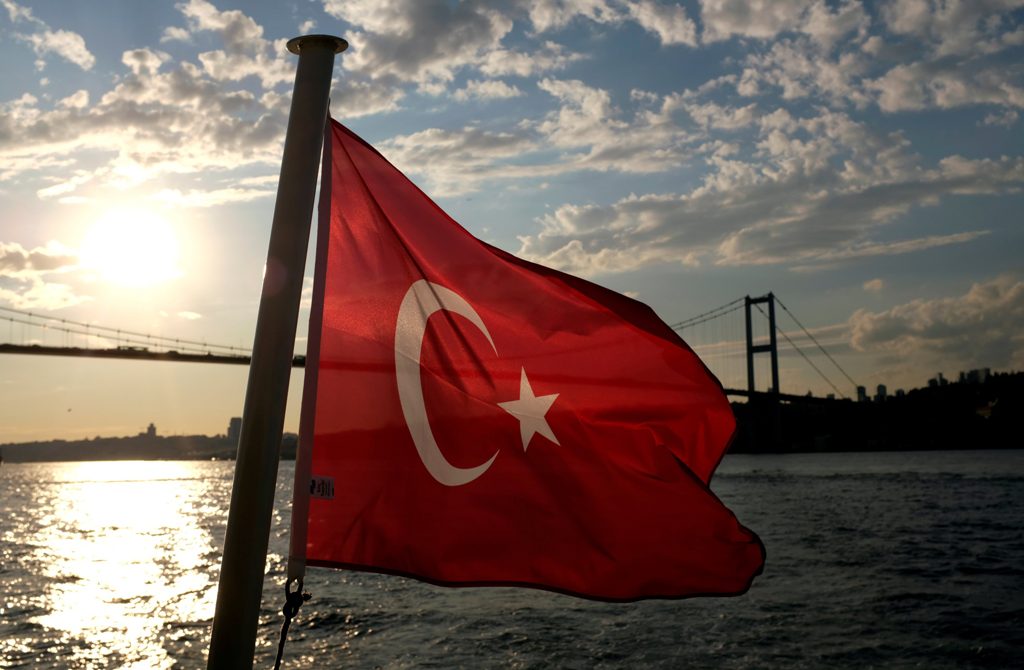 A Turkish flag with the July 15 Martyrs Bridge in the background, flies on a passenger ferry in Istanbul, Turkey, Sept. 30, 2020. (Reuters Photo)

2021 will be an essential year for Turkey's foreign policy agenda and practice. Reforms, renewal and forward-looking perspectives are likely to be the focal points of Ankara's foreign policy this year. However, Turkey's structural challenges and diverging issues with key allies like the United States and some European countries are unlikely to see immediate resolutions.

2021 will be an essential year for Turkey’s foreign policy agenda and practice. Reforms, renewal and forward-looking perspectives are likely to be the focal points of Ankara’s foreign policy this year. However, Turkey’s structural challenges and diverging issues with key allies like the United States and some European countries are unlikely to see immediate resolutions.

Still, there may be some new efforts to reduce the tension and find common ground. Mitigation of critical challenges that left Turkey overwhelmed in the last decade may allow Ankara to act more fluidly in the coming days.

Ten years ago, the Arab Spring arose as a tectonic change in Turkish foreign policy. Turkey was supportive of the popular revolts and political change in the region; however, the successful popular uprisings turned into regionwide chaos after the military coups and civil wars.

Like many other global and regional actors, Turkey was also unprepared for the region’s structural change, and the country suffered a lot due to the terrorist attacks conducted by the PKK/YPG and Daesh.

Turkey’s relations with the European Union deteriorated due to the rise of populist right-wing, xenophobic and Islamophobic parties and politicians in Europe.

EU membership and the idea of Europeanization lost their appeal among the Turkish population. The “reconciliation process” collapsed due to the PKK’s renewed terror campaign. The failed coup attempt of July 15, 2016, raised concerns related to state failure. Severe tension with Washington, Moscow, Brussels, Tehran and Cairo focused on Turkish diplomacy under a permanent crisis management mentality.

Yet, Turkey is much more balanced today than it was five years ago. PKK attacks within Turkey’s territories have diminished drastically due to successful counterterrorism operations.

The country has secured its borders with Syria through three successful cross-border military operations in Syria. PKK/YPG attacks continue, but the terrorist group now targets Turkey-controlled areas in Syria. The Sochi and Astana peace processes mitigated the tensions with Iran and Russia on Syria.

The Turkish military demonstrated its capabilities with game-changing military operations in Libya and Syria. All these achievements increased the self-confidence of the Erdoğan-led government. Turkey got through the existential crises of state collapse and restored its border security.

There are still threats and tension along the southern borders and in the Eastern Mediterranean. Yet, the Turkish military is, and political elites are, much more confident and prepared to quash those threats.

A new dialogue plan with the EU and the U.S. will be a priority under the renewed confidence in Ankara. Early signs of the reform agenda have been highlighted in the public discourses of Erdoğan and Turkey’s high-level officials.

Turkey’s conciliatory rhetoric has gained ground. The country is ready to negotiate and deal with international challenges diplomatically. It will continue to resist the unilateral threats and imposition of top-down orders.

Ankara’s renewed self-esteem has inspired enthusiasm for discussing the points of tension with international counterparts.

Despite all the risks and uncertainties, politics in the post-COVID-19 world are expected to be full of new opportunities that Ankara’s decision-makers plan to fully engage with.

The configuration of political and economic power in the world system will differ from the early 2000s. This power transition and reconfiguration will lead to readjustments in many fields of foreign policy.

Without a broader collaboration and joint action, it will be tough for international actors to deal with the complexity of the challenges of the post-coronavirus world.

Turkey plans to play a constructive and proactive role in this new era, as long as there are no unexpected national security concerns in the coming months. How Turkey’s key allies in Europe and North America respond to Turkey’s call will determine the success of the diplomatic efforts.

Turkish politics and discussions on Islamic headscarf
Next
Loading...
Loading...
We use cookies to ensure that we give you the best experience on our website. If you continue to use this site we will assume that you are happy with it.Ok