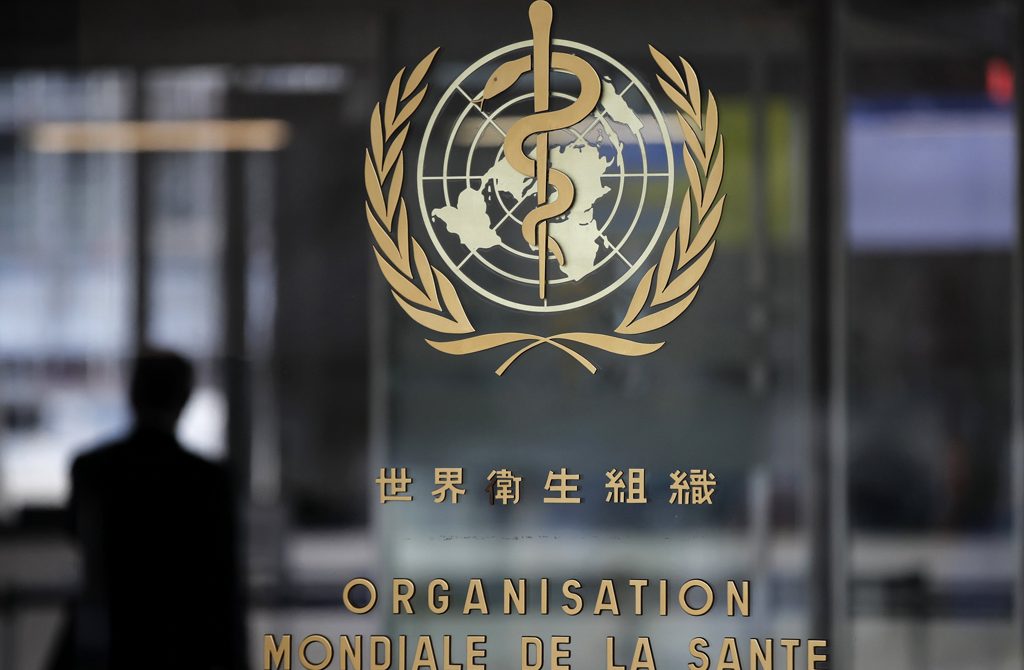 The World Health Organization (WHO) emblem on a glass entrance door at the WHO headquarters in Geneva, Switzerland, Feb. 18, 2020. (Photo by Getty Images)

A year ago, the world was expecting different things from the year 2020. There were already too many unknowns about world affairs. U.S. President Donald Trump and his presidential style generated too many uncertainties about U.S. foreign policy and international relations.

A year ago, the world was expecting different things from the year 2020. There were already too many unknowns about world affairs. U.S. President Donald Trump and his presidential style generated too many uncertainties about U.S. foreign policy and international relations.

As 2020 was an election year, many around the world were curious about the results. Trump was jubilant about the unemployment rate and an expected victory in the impeachment process.

In Europe, the debate about Brexit was expected to be at the top of the agenda. While in the Middle East, there were so many question marks about the ongoing conflicts, including Syria and Yemen, and political confrontation among different countries.

In Asia, the outcome of the trade negotiations and the multilateral trade initiatives were the main issues. Japan was expected to host the 2020 Tokyo Olympics.

It was hard to predict what the year 2020 would bring due to the instabilities and uncertainties; however, many were expecting the year to be more like other Trump years, such as 2019 and 2018.

The 2020 elections in the U.S. was important to see whether there will be a break in the existing international system or not.

However, the COVID-19 crisis changed everything. All of the aforementioned crises and concerns were forgotten for a while. The virus that emerged in China started to spread to different parts of the world in a short period of time. Initially many were expecting this crisis to be at most another SARS epidemic.

The lack of transparency on the part of China, the failure of the World Health Organization (WHO) to understand and inform the international community and the abysmal failure of the Trump administration to handle the crisis led to the emergence of a pandemic, the like of which has not been seen in the last 100 years.

Millions of people were infected with the virus; almost 2 million people lost their lives. The health care systems in the countries went through the most challenging periods of their history.

Travel and transportation among the countries slowed down like never before. The economies shut down in many countries and life came to a standstill across the globe.

The world became more familiar with the concepts, such as social distancing, incubation period, transmission, contact tracing ventilators and quarantine. Masks, hand sanitizers and face shields became a part of our routine.

The world experienced two waves of the pandemic in one year. As the year ends, we see a record number of infections and a rise in the death rate.

On top of it, two different more easily transmissible mutations of the virus have been discovered in the last days of the year. Thus, according to many observers of global politics, this was a year marked by difficulties.

In the last days of the year, the only hopeful development was the results of the vaccine research. In different countries, multiple vaccines started to be used against the virus.

In the meantime, the international relations experts will discuss the lessons of the coronavirus outbreak, especially the sharp decline of trust in the international system and its main actors in terms of public health, namely China, the U.S. and the WHO.

The need for more institutionalized cooperation against global pandemics, the failure of the existing international bodies and the mistakes of the two largest economies of the world, China and the U.S., will make everybody look for other ways to handle future pandemics and epidemics.

Consolidation of Turkey’s autonomy in 2020
Previous

Turkey’s diplomatic reform agenda in 2021
Next
Loading...
Loading...
We use cookies to ensure that we give you the best experience on our website. If you continue to use this site we will assume that you are happy with it.Ok