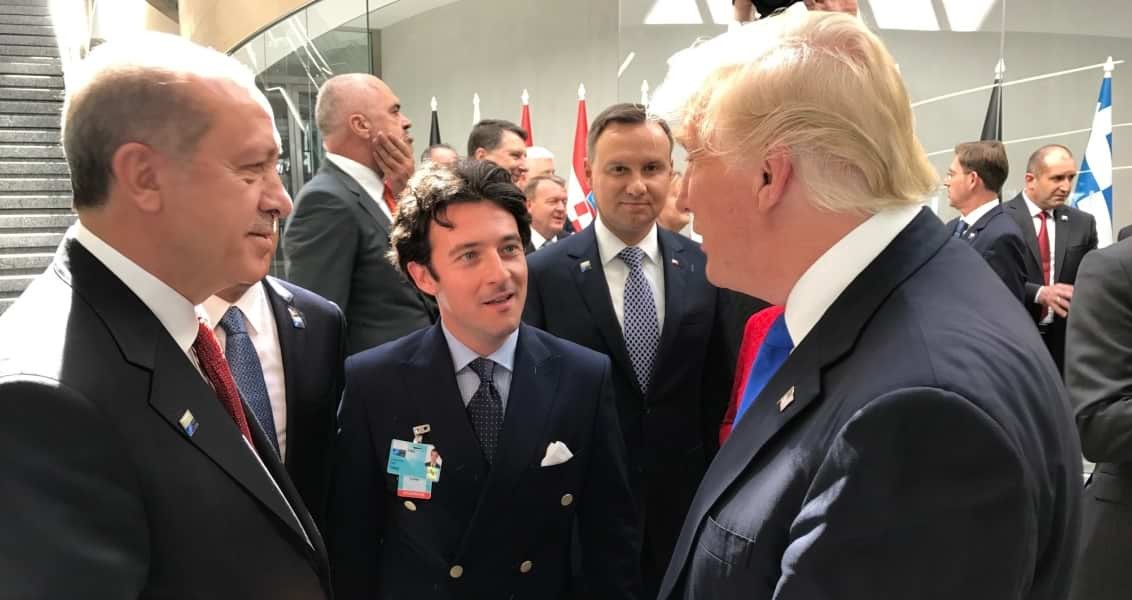 If Trump wants to put Turkish-U.S. relations back on track, he must stop carrying out Obama's YPG policy

As the United States threatens to strike the Syrian regime, citing preparations for another chemical attacks at the Shayrat Airfield, there is talk of a new military operation by Turkey against terrorist groups in northern Syria. According to media reports, Turkey and Russia reached an agreement on the S-400 missile system purchase after Ankara launched strikes on People’s Protection Units (YPG) positions in Afrin, although it remains unclear how the deal will be financed. It was noteworthy that the announcement came right after U.S. Secretary of Defense James Mattis’s statement regarding the delivery of weapons to the YPG after the Raqqa operation.

Keeping in mind that President Recep Tayyip Erdoğan repeatedly argues that Washington’s support for the YPG is “incompatible” with the NATO charter, it is possible to draw two conclusions from the most recent developments in Syria.

Turkey’s relations with the United States, which took a nosedive in May 2013, have been unable to recover in recent months. If anything, the situation is getting worse every day. Ankara started having second thoughts about Washington’s reliability when former U.S. President Barack Obama’s administration failed to show due interest in Ankara’s security concerns, including the YPG’s land grab in northern Syria and the need for an air defense system. Erdoğan’s highly anticipated meeting with U.S. President Donald Trump apparently did not meet Turkish expectations either, as the incoming administration rubber-stamped U.S. Central Command’s (CENTCOM) plans to enlist the YPG’s services as a proxy. For some reason, U.S. officials did not seem to think that empowering the Syrian affiliate of the PKK, which Turkey and the U.S. consider a terrorist organization, was a betrayal of Ankara’s friendship even though the group clearly poses an existential threat to Turkey. In other words, it has been some time since Washington decided to let Turkey take care of itself, which is why its opposition to the S-400 purchase, citing Turkey’s alliance with the U.S., does not really make sense.

Notwithstanding that the Greek government owns and operates an S-300 missile system, what encouraged Ankara to cooperate with Russia in Syria was Washington’s policy decisions. However, Turkey has not fully ruled out cooperation with the U.S. in Syria, although Ankara wants to purchase the Russian S-400 to address national security concerns. To be clear, Ankara approached Washington with a number of plans to fight Daesh terrorists, including an alternative proposal to liberate Raqqa.

But the fallout between Turkey and the United States was ultimately caused by Washington’s failure to develop a coherent Syria policy since the civil war started. Although the Trump administration made it clear that it wants to contain and isolate Iran, the truth is that stopping the Iranian-backed Shiite militias without deploying more U.S. troops to Syria would be impossible. Nor is it easy for Trump to counterbalance Russia’s influence in the conflict zone provided that his predecessor single-handedly turned Moscow into a game changer in Syria. At this point, alienating Turkey and pushing Ankara toward Russia and Iran will not help Washington’s cause to regain control over Syria. The Trump administration, simply put, has reached an impasse.

Whether Washington decides to use the Obama playbook or take a step forward to strike regime forces under the pretext of preparations for a chemical attack, the facts on the ground remain the same. If Trump opts for a decisive, long-term Syria plan, there is a good chance he will fuel fears that the U.S. military is being pulled into war again. It is no secret that Washington policymakers see military confrontation with Iran or Russia as a doomsday scenario.

The second implication of the most recent developments is that a new equilibrium emerges in Syria. Washington’s short-sighted Syria policy not only consolidates the Russian-Iranian front, but also compels Ankara to work more closely with Moscow. At a time when Mattis describes his country’s partnership with the YPG as a temporary necessity, Ankara can come up with a much longer list of things that justify its policy decisions, which is why the S-400 negotiations and a potential military intervention in Afrin do not necessarily signal broader change. Quite the contrary, the situation that began to emerge during Obama’s presidency is becoming clearer at a faster rate under Trump. Moving forward, Ankara should be expected to take steps that Washington’s new definition of partnership compels them to.

Pursuing the Fourth Industrial Revolution in the Middle East
Previous

The Future of Qatar Crisis Remains Vague
Next
Loading...
Loading...
We use cookies to ensure that we give you the best experience on our website. If you continue to use this site we will assume that you are happy with it.Ok