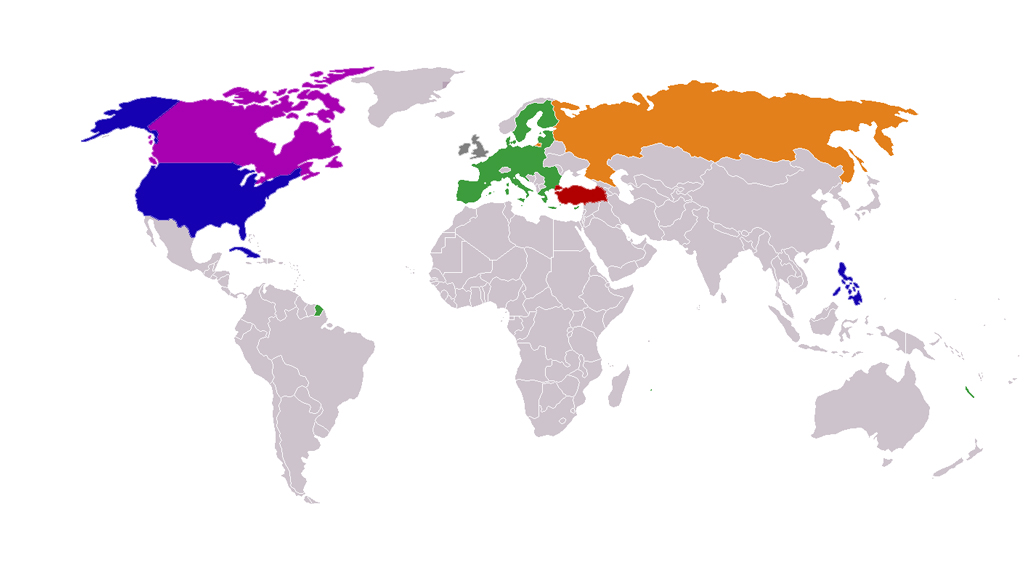 Turkey, the West, Russia: Everything depends on Idlib

It has been more than eight years since the Syrian regime began one of the most brutal assaults against its own citizens, using every violent instrument at its disposal. The international community in these eight years stood idly by while the number of casualties and displaced people increased every day. The international bodies who should have been monitoring the situation stopped counting the number of people who died as a result of these atrocious attacks after half a million.

It has been more than eight years since the Syrian regime began one of the most brutal assaults against its own citizens, using every violent instrument at its disposal. The international community in these eight years stood idly by while the number of casualties and displaced people increased every day. The international bodies who should have been monitoring the situation stopped counting the number of people who died as a result of these atrocious attacks after half a million.

The number of refugees and internally displaced persons (IDP) are also unaccounted for. All these atrocities took place in the internet age where everybody can see and observe the death and destruction taking place. For the last several years a more condensed and intensified form of these murderous attacks has been taking place in the Idlib province of Syria. The regime forces, with the support of its partners Russia and Iran, again used every potential instrument at their disposal – including chemical weapons, barrel bombs and aerial strikes – in order to empty the region of its citizens and claim victory.

Only one actor in the entire international community really cared and took action in order to stop these atrocities, and that was Turkey. The reality that it hosts nearly 4 million Syrian refugees and is targeted by terrorist forces emerging in the failed state of Syria did not discourage Turkey to take more steps to prevent the humanitarian disaster along its border. While Turkey’s Western allies turned a blind eye to the developments in Idlib and some Western leaders named the region a terrorist hot spot, it was Turkey that recognized the presence of more than 2 million civilians in the region, most of them who fled from other parts of Syria.

It was Turkey that negotiated with Russia and Iran to stop regime attacks and to save the lives of millions of Syrians in the region. During the negotiations, when there was a dire need for humanitarian assistance, the international community demonstrated once more its utmost irresponsibility by trying to ignore the presence of such a major humanitarian tragedy.

In the last few months, hospitals, schools, bakeries and homes of ordinary people were targeted by regime forces. Most of these bloody attacks were well documented by witnesses and circulated around the globe. However, they did not result in the appropriate reaction from the Western world.

The U.N. bodies announced that more than 1 million people were displaced as a result of these attacks. In the midst of the winter and in the midst of epidemics occurring around the globe, these people were forced to start living in makeshift tents in extremely unsanitary conditions. The pictures and footage from these camps along the Turkish border circulated around the world. However, again, Turkey stood alone as it took steps to prevent ethnic cleansing in the region. For the international community, Idlib was just a distraction, an unwanted scene that had to be willfully ignored.

The Turkish government from the very beginning of this last wave of attacks against civilians repeated its requests to the international community. There was an urgent need to stop the attacks of the regime against civilian targets. While these attacks in every instance kill dozens of civilians, it also created another wave of refugees and the emergence of more IDPs in the border areas. In addition to a dire need for humanitarian assistance, Turkey also called for the international community to take necessary measures to stop the attacks. While the international community once again turned a blind eye to the attacks, the Russian government also stood by the violation of the agreements by the Syrian forces. Turkish unilateral action to stop these attacks made the Turkish forces a target for the Syrian regime’s attacks, and Friday, Turkish forces suffered heavy losses following an attack by the regime. This attack has brought the conflict in Syria to another critical juncture.

First of all, the reaction of the Western governments to this attack will determine the course of the humanitarian tragedy. If the Western countries demonstrate the same level of negligence and ignorance, it will be hard to prevent another refugee crisis and another period of humanitarian tragedy in Idlib. It is very clear that Turkey cannot handle this burden alone and it is also very clear that international support is a must in order to provide refuge and shelter for those who flee from the region. Secondly, the reaction of Western governments to this attack will also determine the course of future actions by the Syrian regime.

So far the Western governments did not take action to deter the Syrian regime to use its aircraft and helicopters to attack civilians in Idlib and across Syria. Now is an important time to change this policy. A no-fly zone – which Turkey has been endorsing since the beginning of the Syrian conflict – is now more necessary than ever. There should be a deterrent system to stop the airstrikes by the regime. Thirdly, the reaction of the Western governments to this attack will also play an important role in shaping Turkish policy toward some of the Western countries.

There have been frequent trust issues between some of the Western countries and Turkey. Turkey did not receive sufficient support from these countries in the case of its war on terror and its mission in Idlib to stop the humanitarian disaster taking place. Following these heinous attacks, if there is no meaningful assistance to Turkey, there will be a serious rupture in trust. It should be understood that the security of Europe and NATO will not be possible without the support of Turkey.

Finally, it is important to mention that the Turkish public is watching closely to what is happening on the ground. Just like in the case of the unpopularity of the foreign policies of some of the Western governments, the Russian attitude following this attack will also influence Turkish policy toward Russia through public opinion. In the next few days, we will see the attitude of Russia and the international organizations and actors to these attacks. It can be a game-changing moment for the future of the humanitarian disaster in Syria and for the relations of Turkey with Russia and Western governments.

Is Sochi 2.0 possible?
Next
Loading...
Loading...
We use cookies to ensure that we give you the best experience on our website. If you continue to use this site we will assume that you are happy with it.Ok