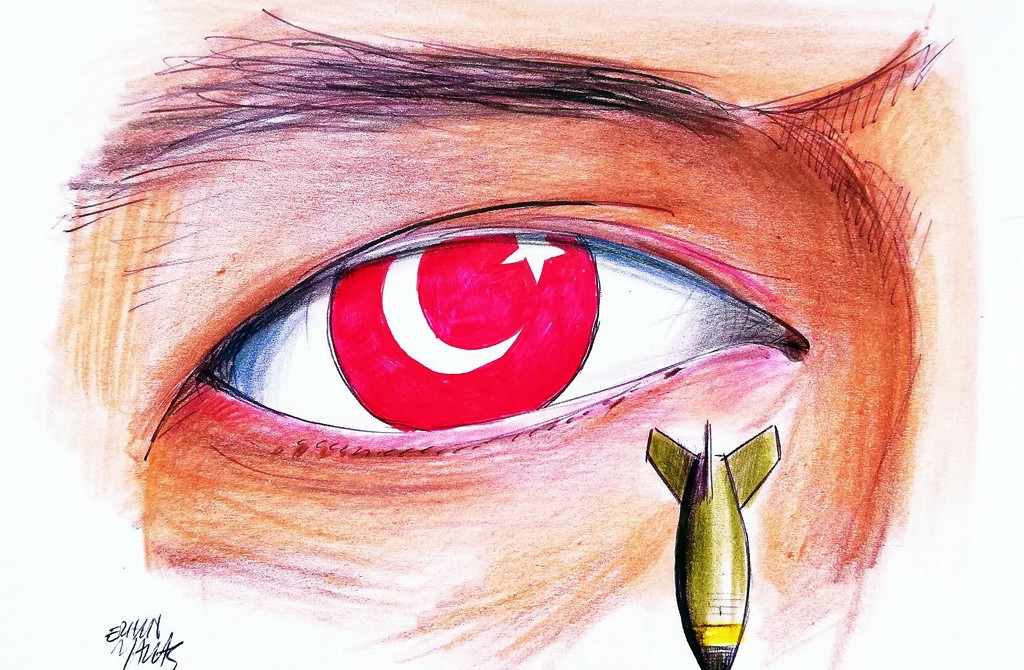 Renewable alliances and maunderers in Idlib

Russia's eagerness to have a presence in the Mediterranean is an old, well-known and deep-rooted policy. Syria, the country that could offer Russia the best chance of reaching the Mediterranean, presented an incredible opportunity for the country to implement its policy of reaching warmer seas when Bashar Assad called for help from Moscow in 2015. Russia has already developed good relations with countries such as Iran and Syria to contain NATO countries and U.S. allies in this region.

Russia’s eagerness to have a presence in the Mediterranean is an old, well-known and deep-rooted policy. Syria, the country that could offer Russia the best chance of reaching the Mediterranean, presented an incredible opportunity for the country to implement its policy of reaching warmer seas when Bashar Assad called for help from Moscow in 2015. Russia has already developed good relations with countries such as Iran and Syria to contain NATO countries and U.S. allies in this region.

Over the last three years, relations between Turkey and Russia have risen to their highest point in almost a century. Turkey has suffered hundreds of violations by the Assad regime so far in its struggle with the problem of terrorism that has spread across its border from Idlib. Turkey was able to maintain its rational stance in the face of the attack on a Turkish outpost by regime forces in Idlib on Feb. 3, when seven Turkish soldiers and one civilian were killed. Later, as a result of the takeover of Saraqib, the harassment of Turkish outposts and convoys continued. Then, on Feb. 10, five soldiers were killed and five others were injured. On Feb. 22, two soldiers were killed and five others were injured. Turkey was under attack throughout February, and although Russia was aware of many of these attacks, it did nothing. Nothing! Despite all its losses, Turkey gave the Assad regime until the end of February to withdraw to the south of Idlib and rebuild the de-escalation zone agreed to under the Sochi deal. Ankara was concerned about taking an irreversible path and losing the alliance’s ground in international relations; a move that could lead to a humanitarian tragedy. Despite its citizens’ anger and frustration, Turkey chose to progress with firm steps.

Turkey lost 33 soldiers in airstrikes in Idlib on Feb. 27, 2020. Dozens of other soldiers were injured. This indicates the end of the line, unfortunately. Now, there is no point in Russia’s statements about the Sochi and Astana processes. Also, there is no point in Russian Foreign Minister Sergey Lavrov’s remark that they are committed to the agreement between Russian President Vladimir Putin and President Recep Tayyip Erdoğan on Idlib. Russia has been a party to the policies of Assad, who says he will take Idlib at any cost and has committed innumerable crimes against humanity in Syria for nine years. In the first attack on Feb. 3, when Assad hit a Turkish convoy, the Russian Foreign Ministry stated that they were unaware. In Friday’s attacks, they hid behind the same remark that they were unaware that the Turkish army would be in that area. Unfortunately, Russia has lost the option of being a reliable partner and friendly country for the Turks. It is clearly acting as a rogue state. The style of politics they have been pursuing in Idlib over the last month is a savage style of foreign policy that is unreliable, lies overtly, takes no responsibility and does not care about civilians and innocent people.

Turkey is out of patience and this latest attack has inflicted irreparable damages on bilateral relations. A great opportunity has been missed. And in my opinion, the Astana process started with the initiative of Iran, Turkey and Russia has ended. Instead of being a responsible and problem-solving actor in the region, Russia preferred to be an irresponsible and problem-creating one and missed the possibility of filling the power vacuum born of the U.S.’ pivot-away policy, which began with the Barack Obama administration in 2014. With its unreliability and irresponsibility, it has strengthened the position of the EU and the U.S. in the region.

Alliances are not self-perpetuating but renewable. I think the alliance between Russia and Turkey is not renewable because of the mechanism that Russia and Turkey have established in Syria, the irresponsible attitude of Russia that supports Assad in any case, and Moscow’s aggressive and irrational attitude solely focused on achieving what it wants in the Mediterranean. Even if it is renewable, it must now be Russia who struggles patiently here. Turkey will not be the country that both takes losses and establishes dialogue.

Is there any hope for Idlib solution?
Previous

Turkey, the West, Russia: Everything depends on Idlib
Next
Loading...
Loading...
We use cookies to ensure that we give you the best experience on our website. If you continue to use this site we will assume that you are happy with it.Ok