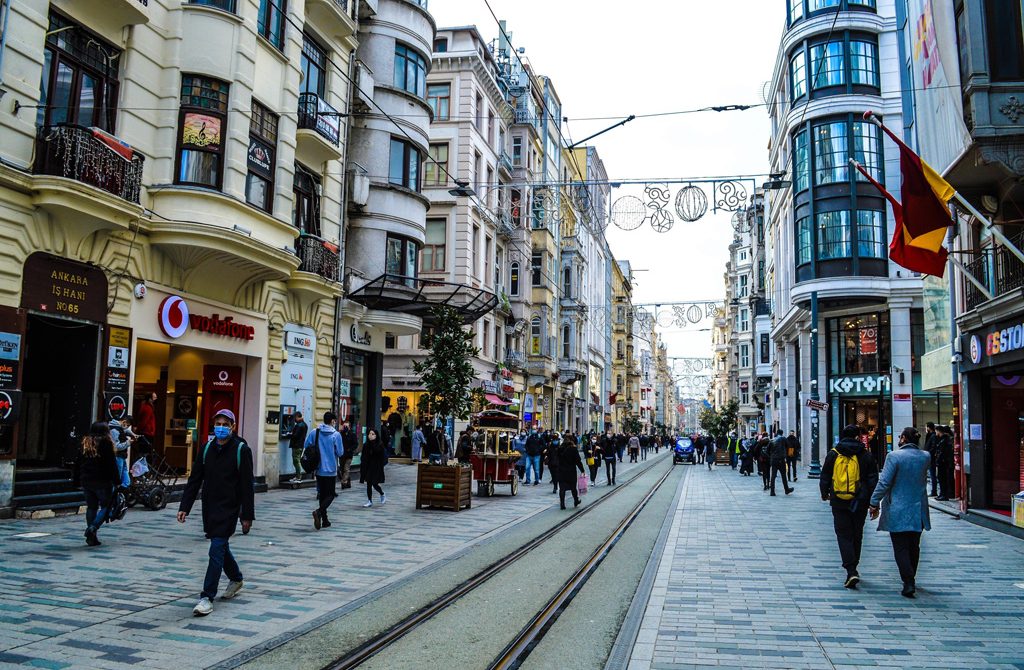 Turkey must come together for new civilian constitution

The Justice Ministry's vital mission to formulate an up-to-date and visionary plan is considered a contribution to the new civilian constitution, which is scheduled to be drafted in the 100th year of the founding of the Republic of Turkey.

The Justice Ministry’s vital mission to formulate an up-to-date and visionary plan is considered a contribution to the new civilian constitution, which is scheduled to be drafted in the 100th year of the founding of the Republic of Turkey.

In Turkish politics, many leaders have dreamed of drafting a new civilian constitution.

However, many efforts to draft one failed. For example, the ruling Justice and Development Party (AK Party) attempted to discuss the process in 2016 but couldn’t go through with it.

A new constitution has always been one of Erdoğan’s primary goals. In his unveiling speech, Erdoğan said that “the action plan we will explain today is an example of our will for change and reform that continues and will continue.”

He also underlined that the protection of human rights and dignity will guide Turkey’s civilian constitution.

The document emphasizes reorganizing the state institutions and legal system, prioritizing universal human rights and dignity. The following statements in the document highlight this logic:

“The rights that are inherently owned for existing as a human being are the raison d’etre of a state governed by the rule of law. The moral essence and legitimacy of the rule of law lie with universal values and the perspective of rights and freedoms. It is this essence that gives a state with a constitution its constitutional state feature and turns the rule by law into the rule of law.”

In the last several years, Erdoğan and his Cabinet were criticized by some domestic and international circles for lagging behind democratic principles and a reform agenda.

The announced document includes nine aims, 50 goals and 393 activities, which is a significant sign for a return to reforms in a democratic direction.

More concrete and practical actions are expected to follow the action plan. A new economic reform agenda is also expected to be announced in the coming weeks.

The declared documents may signify vital changes in the policy agenda of Erdoğan and the People’s Alliance; however, it signals a significant road map for future reforms.

Consistency, inclusivity and practicality will determine the success of the very reform agenda.

Erdoğan puts the collaborative effort to draft a new constitution as his priority for 2023, which is the centennial of the Turkish Republic and, at the same time, the year of presidential elections.

Some opposition parties and Turkey’s international critiques portrayed the action plan as a step to change the context of political debates in the country. However, no criticism has been made regarding the content of the document by the opposition.

Some others also accused the document of being impractical. The document may not be able to fix all the problems and address all criticisms, but the policy agenda’s direction will be reshaped in the coming days.

Despite all objections, the legal experts hailed the document and the plan associated with the document. Erdoğan consulted with his political ally Devlet Bahçeli, the chairperson of the Nationalist Movement Party (MHP), before making the document public.

Bahçeli also declared his support for the idea of a new constitution.

The Justice Ministry consulted a wide range of stakeholders before drafting the manuscript. Deliberative dialogues and consultative meetings were held, which is a promising sign for the future of the country.

There is also a strong emphasis on the use of right and fair procedures in administering the rule of law. For instance, the document’s emphasis on procedural guarantees and principles for a secure and fair trial are important highlights.

For the analysts of Turkish politics, the rights plan and the new civilian constitution discussions are exciting and promising.

A new constitution to replace the current 1982 Constitution, which was drafted by an order of the military junta, is long overdue despite the cycle of changes.

Turkey needs a new civilian constitution that meets the needs of the 21st century. It is necessary to celebrate the plan and hope that it will be put into action.

All the political actors including the opposition are also responsible for being a part of this process. We hope that the governing People’s Alliance and the opposition parties can come together around drafting a new and more modern constitution that is compatible with the principles mentioned in the action plan.

Biden on horns of a dilemma for Iranian nuclear deal
Previous

What is the greatest problem in Turkish politics?
Next
Loading...
Loading...
We use cookies to ensure that we give you the best experience on our website. If you continue to use this site we will assume that you are happy with it.Ok