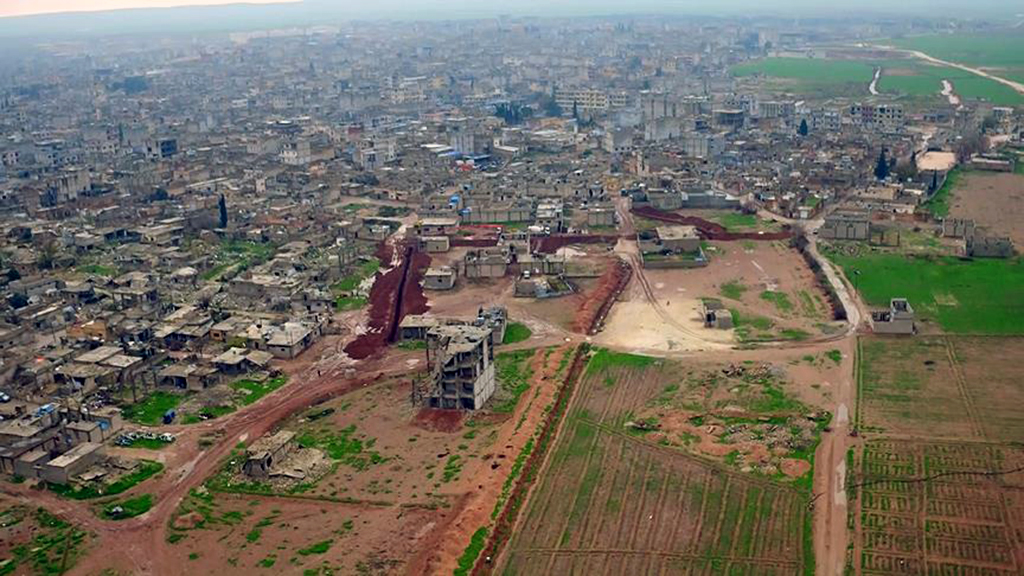 U.S. President Donald Trump's decision to withdraw from Syria has sparked a coordinated campaign in Washington..

U.S. President Donald Trump’s decision to withdraw from Syria has sparked a coordinated campaign in Washington. America’s local partners and the Beltway establishment spearheaded the latest effort to slow down the Trump administration and play for time. At the same time, they have been trying to offer reassurances to frustrated parties – France, Israel, the Gulf states and the designated terrorist organization PKK’s Syrian affiliate, the People’s Protection Units (YPG) — and hopefully secure their support on the ground. Critics have claimed that Trump was out of touch with the Middle East, accused him of pulling out of Syria at a bad time and warned that his decision to withdraw could undo Washington’s success against the Daesh terrorists over the past three years.

Let’s pretend that U.S. generals, who supposedly “know” the region, did not destabilize the Middle East by invading Afghanistan and Iraq. And let’s forget for a moment that their mistakes turned the entire region into a hotbed of terrorism and radicalism.

The current campaign has two goals: to prevent the YPG’s eradication and to protect Israel’s interests vis-à-vis Iran. Hence the excessive references to the fight against Daesh. For this purpose, critics of Trump’s decision make three main points: (1) Iran will benefit from the U.S. withdrawal; (2) There will be a resurgence of Daesh terrorism; and (3) Turkey will “slaughter the Kurds.”

By Kurds, they obviously mean the YPG militants. Claiming that the world is selling out the Kurds once again, the Western media has been trying to put a human face on the policy debate. Turkey, pundits have been saying, won’t actually fight Daesh terrorists in Syria. At the same time, Israeli media outlets have dared to openly claim that the lasting defeat of Daesh required the creation of an independent Kurdish state. After all, Tel Aviv wants to push the Trump administration in two directions: Iran’s containment and the recognition of an independent Kurdish state. Needless to say, Trump’s decision to pull out of Syria put both goals at risk.

French President Emmanuel Macron, in turn, has been dreaming of taking over the YPG militants. In a recent phone call with Russian President Vladimir Putin, he reportedly lobbied Moscow to protect the PKK’s Syrian affiliate – with some success. First, Trump said that he did not specify a timeline for Washington’s withdrawal and pledged to protect the YPG militants. To be clear, he did not refrain from complaining about the YPG selling oil to Iran. Shortly afterwards, Secretary of State Mike Pompeo announced that the fight against Daesh was going to continue and the U.S. will “ensure that Turks don’t slaughter Kurds.”

The people trying to “save” the YPG militants know perfectly well that things are not going according to the plan. Turkey will fight against Daesh terrorists and establish itself east of the Euphrates River simultaneously. The Turkish military will take over some of Washington’s military bases in the area and seize control of the YPG-controlled territories for the purpose of targeting Daesh and preventing the organization’s resurgence. That move will spell doom for the YPG militants. After all, the group has zero chance of survival in the Syrian theater without U.S. support.

Here’s the irony: How will the United States pull out of Syria and protect the YPG militants? Does the Trump administration seriously hope to talk the Turks into helping out the PKK’s Syrian affiliate? That’s obviously out of the question. How about Russia and the Assad regime? The Kremlin sees the YPG militants as mercenaries on Washington’s payroll and is prepared to make a deal with Turkey. The Assad regime, in turn, won’t agree to the creation of an autonomous region in northern Syria. To be clear, it’s just a matter of time for Trump to abandon the YPG militants as well. Therefore, the echo chamber won’t accomplish its first goal.

As for its second objective: Pompeo has been paying lip service to Iran’s containment in an attempt to appease the Israelis. Yet President Trump’s pragmatism regarding the Iran file is impossible to hide. The White House has said that Tehran is welcome to do whatever it wants in Syria as long as it agrees to negotiate with the United States. At this point, there is no reason why Trump won’t settle for a renewal of the nuclear deal in return for concessions regarding ballistic missiles. Believing that tough sanctions are key to containing Iran’s influence over Yemen, Syria and Iraq, the White House clearly knows that the Iranian economy has been crippled by U.S. sanctions. As such, Trump assumes that he could strong arm Tehran into a renegotiation without having to take the military option. It appears that Pompeo, National Security Adviser John Bolton and Special Representative James Jeffrey are unable to shove their policy choices down Trump’s throat. Public statements aside, the anti-Trump campaign’s second part is doomed to fail as well. The U.S. won’t address Tel Aviv’s concerns either.
[Daily Sabah, 7 January 2019]
Share 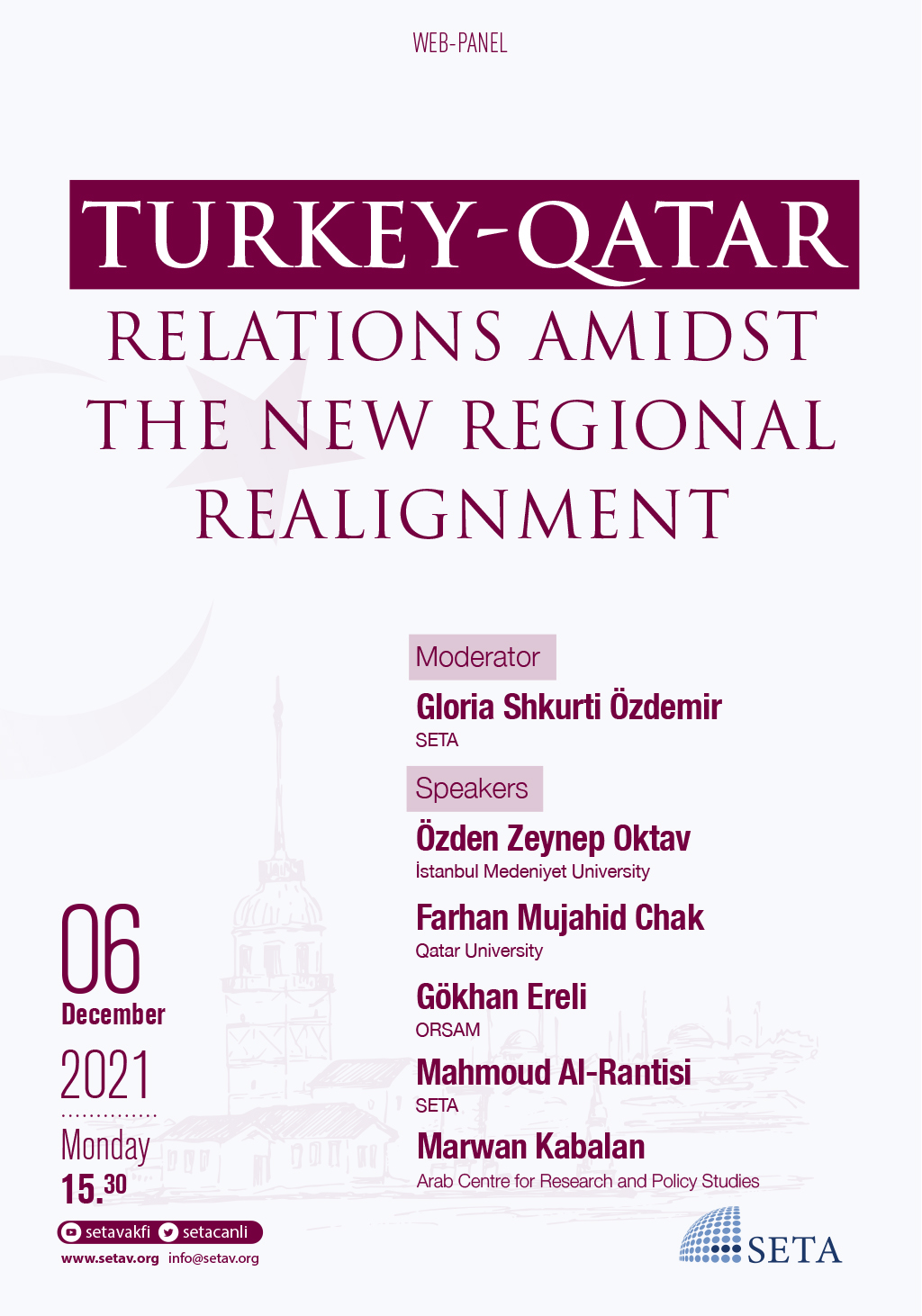 Turkey wants to see Syrians, not terrorists or Assad, rule their own country
Previous

Bolton's Ankara visit can change Washington's image in Syria
Next
Loading...
Loading...
We use cookies to ensure that we give you the best experience on our website. If you continue to use this site we will assume that you are happy with it.Ok