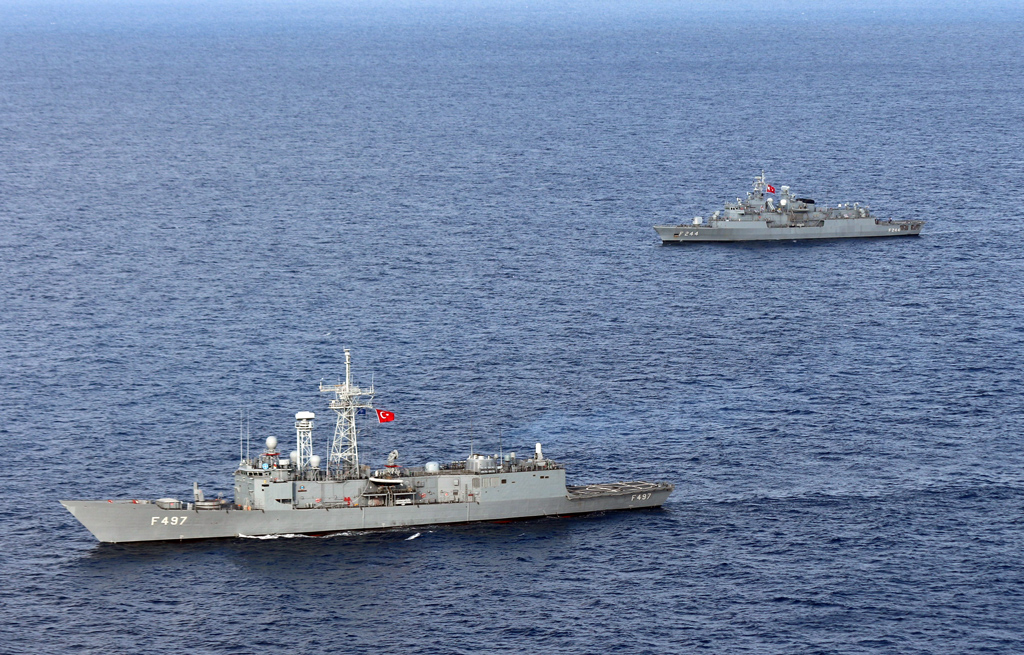 Turkish Parliament on Thursday authorized President Recep Tayyip Erdoğan and his administration's plans to deploy troops to Libya. The deployment bill passed with the support of the People's Alliance, with 325 votes in favor, despite opposition from the Republican People's Party (CHP), the Peoples' Democratic Party (HDP) and the Good Party (İP).

Turkish Parliament on Thursday authorized President Recep Tayyip Erdoğan and his administration’s plans to deploy troops to Libya. The deployment bill passed with the support of the People’s Alliance, with 325 votes in favor, despite opposition from the Republican People’s Party (CHP), the Peoples’ Democratic Party (HDP) and the Good Party (İP).

The bill will allow the government to accept a request for military assistance from Libya’s U.N.-backed Government of National Accord (GNA) and “take all measures under international law regarding threats against Turkey’s national interests and security risks,” in an attempt to bring about a political solution to the Libyan crisis within the framework of the 2015 agreement signed in Skhirat, Morocco.

In terms of the constitutional basis for the order, the bill cited Article 92 of the Turkish Constitution, which stipulates that Turkey’s armed forces may be deployed abroad in actions deemed legitimate under international law. Libya’s recognized government, which has come under attack by foreign-backed forces, was within its rights to call for Turkish military support.

No question of legitimacy

Those opposed to the bill disputed its international legitimacy. However, the U.N.’s February 2011 resolution (1970) on Muammar Gaddafi’s government clearly allows for the Turkish operation, with the international community having back then decided to stop the Gaddafi regime from violating the human rights of dissidents. Furthermore, given the 2011 resolution is still valid, Turkey – as well as other international actors – are well within their rights to support the U.N.-recognized GNA – the official seat of power in the country.

Indeed, Resolution No. 1970 did not amount to an absolute embargo. The Security Council’s Resolution No. 1973 gave explicit permission to member states to take all necessary measures, regardless of Resolution No. 1970. One of the main reasons behind the Turkish government’s request for parliamentary authorization is to protect Libya’s civilian population and prevent a humanitarian tragedy.

Similarly, the opposition’s use of “Turkey’s national security is not under threat” as an excuse to vote down the bill reflects little of the reality of the situation. Libya is one of Turkey’s maritime neighbors – which means that instability, terrorism, mass migration and human trafficking in the country falls in direct relation to Turkey. Limiting the definition of national security to terrorists across our land borders alone is simply out of sync with the contemporary notion of national security.

In other words, those who question the connection between Libya and Turkey are out of touch with reality. Their claim is nothing more than a reproduction of accusations by third countries that do not want Turkey to strengthen its hand in the Eastern Mediterranean. Indeed, the same question could be directed at several countries – including Russia, the United Arab Emirates (UAE) and France – who have also intervened in the Libyan conflict. Notably, none of these countries are engaged in such unpatriotic bouts of self-questioning. At a time when great power rivalries are reshaping the world, it is clear that an expanded definition of national security lies at the heart of the national interest.

The world’s leading nations have adopted proactive and preventive notions of security. In such a climate, it is only natural for Turkey to resort to hard power, if necessary, to safeguard its interests in Libya and the Eastern Mediterranean. Clearly, the Turks see the potential collapse of the GNA as a destabilizing development and a threat against its own interests. In other words, Libya’s future is at the heart of Turkey’s security in geopolitical terms.

The goal is peace, not conflict

Critics of Ankara’s deployment bill share the view that Erdoğan’s administration simply seeks a desert adventure. This is no different than the anti-Turkish claim that Ankara is pursuing a policy of neo-Ottoman expansionism. Quite the contrary, Turkey’s goal is to safeguard its own interests and serve the cause of peace. If the GNA collapses, Turkey cannot implement its maritime jurisdiction agreement with Libya regarding the Eastern Mediterranean. One must show its teeth to exercise effective diplomacy. The Turkish Parliament passed this bill for the primary purpose of deterrence. It does not wish to become a party to the Libyan Civil War, but Turks have been around long enough to understand that the warlord Khalifa Haftar and his supporters will not enter negotiations with it either in Berlin or under U.N. supervision.

Let’s just call Turkey’s caution what it is: The result of the lessons learned in Syria.

The changer of all games: The killing of Qasem Soleimani
Previous

The Soleimani assassination and Iran's potential response
Next
Loading...
Loading...
We use cookies to ensure that we give you the best experience on our website. If you continue to use this site we will assume that you are happy with it.Ok