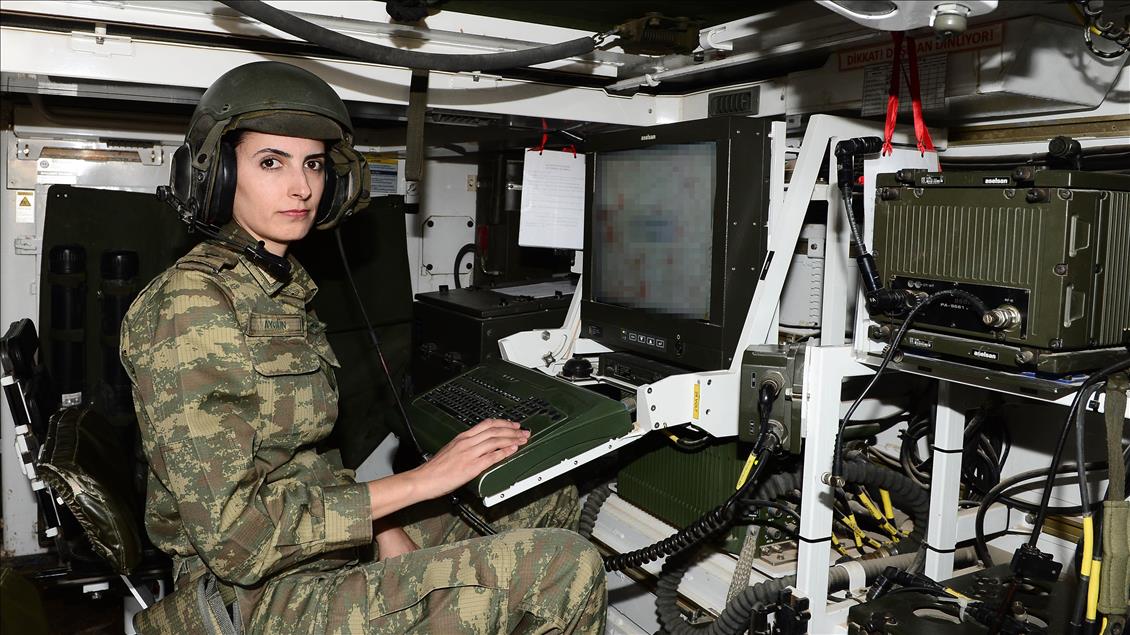 A Turkish female soldier during the operation Olive Branch

The myth of Turkey versus Kurds

Turkey's war against the PKK and the People's Protection Units (YPG) is often presented as a Turkey versus Kurds storyline in mainstream, international media outlets.

Turkey’s war against the PKK and the People’s Protection Units (YPG) is often presented as a Turkey versus Kurds storyline in mainstream, international media outlets. The PKK and YPG’s Women’s Protection Units (YPJ), Western recruits and the secular, or more precisely anti-Islamic, discourse of these organizations are utilized to legitimize these actors. The PKK and YPG are seen as a barrier to the Islamists in the region, but they are struggling against local populations in Syria and Iraq, oppressing, killing and exiling them. For the moment, since the PKK and YPG’s political agenda overlaps with the U.S.’s regional plan, their oppressive practices are tolerated, but these practices further antagonize the local populations against the PKK and YPG and further against all Kurds.

Turkey’s military operations within its own borders and in Syria and Iraq are represented as an effort to contain Kurds’ political rights. These efforts often overlap with pan-Kurdish movements’ discourse that try to mobilize Kurds and international actors to strengthen their political agenda. Since the PKK and YPG’s political agendas overlap with those of some international actors, they are sponsored and supported.But to what extent the political agendas and campaigns of terrorism of these organizations serve the interests of the millions of Kurds in the region is questionable. This presentation is far from reflecting reality and Turkey’s overall approach in dealing with threats to its security. Operation Olive Branch was an important step that helped to invalidate the claims about Turkey’s antagonistic plans against Kurds.

Many Kurds who were oppressed and exiled by the YPG started to return to their homes in Afrin, Syria. The PKK and YPG’s efforts and activities no longer serve the long-term interests of Kurds and they somewhat further alienate Kurds from communities in the region. Millions of Arabs and Turks see the PKK dominate Kurdish politics in the region as foreign-motivated and foreign-sponsored and hostile to their own regional interests. There is a growing anti-Kurdish sentiment among Arabs oppressed and exiled by the PKK or YPG and their international sponsors. Even moderate Kurds who do not agree with the PKK or YPG are oppressed and exiled to other countries, including Turkey, but these stories are not told in the mainstream media.Ankara is against the PKK’s efforts to dominate Kurdish politics in Turkey, the Democratic Union Party (PYD) in Syria, the Kurdistan Democratic Solution Party (PÇDK) Iraq, and Kurdistan Free Life Party (PJAK) in Iran, which is right. The PKK affiliates in these countries try to dominate Kurdish politics and impose their agendas.

The PKK no longer shapes its political program, which used to be made by the leadership in the Qandil Mountains in northern Iraq. The PKK decided to be a foreign proxy when it left the reconciliation process with the Turkish state, which was the most serious and genuine peace initiative that any Turkish government had ever undertaken. Even the PKK’s imprisoned founding leader, Abdullah Öcalan, was included in the process for a more realistic outcome. Unfortunately, the PKK leadership abused the reconciliation process to strengthen the YPG presence in Syria and establish a quasi-state there with U.S. support. The PKK then started an urban warfare campaign in majority-Kurdish cities in Turkey’s southeast, which devastated the cities and the Kurds living there.

Today the PKK and PYD are the most significant obstacle to the normalization of Kurds’ social and political relations with other groups in the region. The PKK will continue to create conflict with Turkey and other local actors in the region. As it is defeated, it will be more connected to its foreign sponsors, and it will be further alienated from the local people of the region. The PKK and YPG are not only the most significant obstacle to peace between Kurds and the other groups in the region, but they are at the same time liable for the millions of Kurds in the region. They will be a bigger liability for their foreign sponsors, but their sponsors will have the luxury and privilege to abandon them when they get a better deal.

The last hope of the Washington elite
Previous