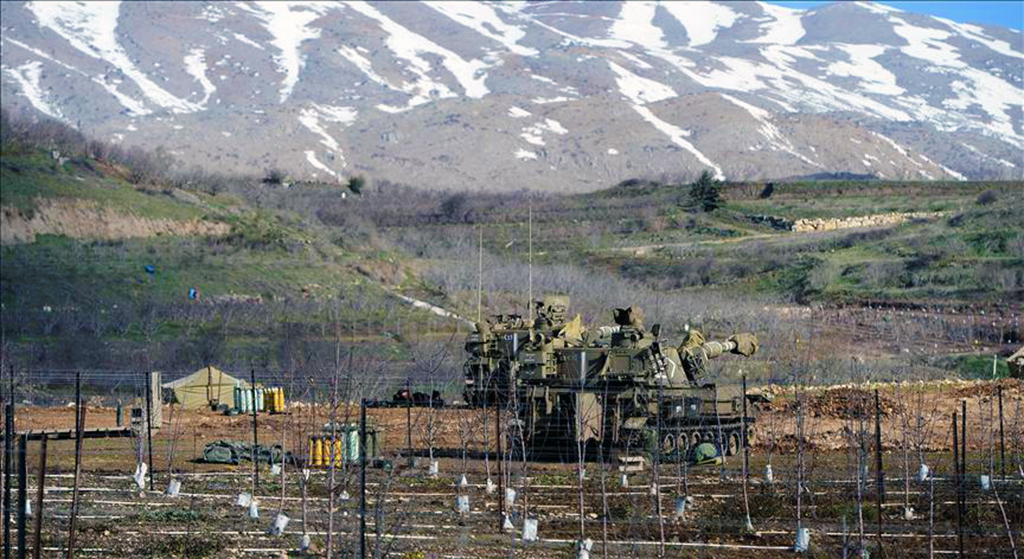 Israel has occupied most of the Syrian Golan Heights since the 1967 Middle East War.

The Golan Heights belongs to Syria

The current story of the Golan Heights began in 1967 when it was occupied by Israel after the Six-Day War. The U.N. Security Council passed a number of resolutions claiming the territory as “occupied land” and did not recognize the Israeli occupation. Accordingly, the council repeatedly called on the Israeli state to withdraw from Syrian lands. However, the Israeli state never recognized the authority of the U.N. On the contrary, in 1981, Israel declared to the world that it was annexing the Golan Heights. Nevertheless, no state in the world recognized this declaration, since it was totally against the U.N. decisions and in violation of international law.

However, this move is a clear violation of the second article of the U.N. Charter, which lays down the main principles of the U.N. order. According to 2/4 article of the Charter, “all members shall refrain in their international relations from the threat or use or use of force against the territorial integrity or political independence of any state.”

This is not Trump’s first attempt at violating international law. He and his policies have violated numerous norms of international law, particularly in the Middle East. First, the Trump administration supported the terrorist PKK-affiliated People’s Protection Units (YPG)/Democratic Union Party (PYD); even after the complete defeat of Daesh in Syria. Thus, it alienated one of its closest allies in the region, Turkey.

Then, it decided to transfer the U.S. Embassy from Tel Aviv to Jerusalem, recognizing “a united Jerusalem” as the Israeli capital. Thus, it contradicted with U.N. principles and decisions, alienating Muslims worldwide.

Now, it recognizes Israeli sovereignty over Golan Heights, which is part of Syria and the Arab world. Thus, Trump will frustrate the Arab public even further. These unilateral moves have pushed the U.S. down to the same level of the Israeli state.

But why is Trump taking these steps? Many claim that it is about his ideology and religious beliefs. Considering the consistency in these moves, there is truth in this claim. However, most observers are aware that this move has something to do with the respective domestic politics of the two countries, both preparing for elections. Israel goes to the general elections on April 9 and Netanyahu wants to persuade the Israelis with this move. Therefore, observers considered Trump’s proclamation as a political gift for Netanyahu.

The Golan Heights is Syrian territory, and nothing can change this reality. Therefore, Trump’s decision cannot legitimize its illegal Israeli occupation. While this move can bring political benefits for both Trump and Netanyahu, it will not bring peace and stability. This decision and the previous Jerusalem decision will only increase regional tension and damage the peace process, if there is any. For sure, the recognition of the Golan Heights as Israeli territory will endanger Trump’s own peace plan as well.

Trump’s decision is a clear violation of international law and principles. Trump’s unilateral acts undermine international norms. However, there is no significant regional power in the Arab world that can oppose this move. On the contrary, many Arab leaders are already persuaded by the U.S. and Israel. Nevertheless, the Arab peoples will hold their respective governments responsible for this act. Furthermore, it can be inferred from the most recent moves by global powers – Trump’s decisions, the annexation of Crimea by Russia – that from now on, international politics will be much more dangerous due to the irresponsible behaviors of these global powers. It only shows that the near future of world politics will be dominated by power politics, which will cause further instability and military crises. All states will have to be very careful, because this can happen anywhere, at any time.

Perspective: The Geopolitical Importance of the Ypg-controlled Areas in Syria | Energy and Water Resources, and Agricultural Lands
Next
Loading...
Loading...