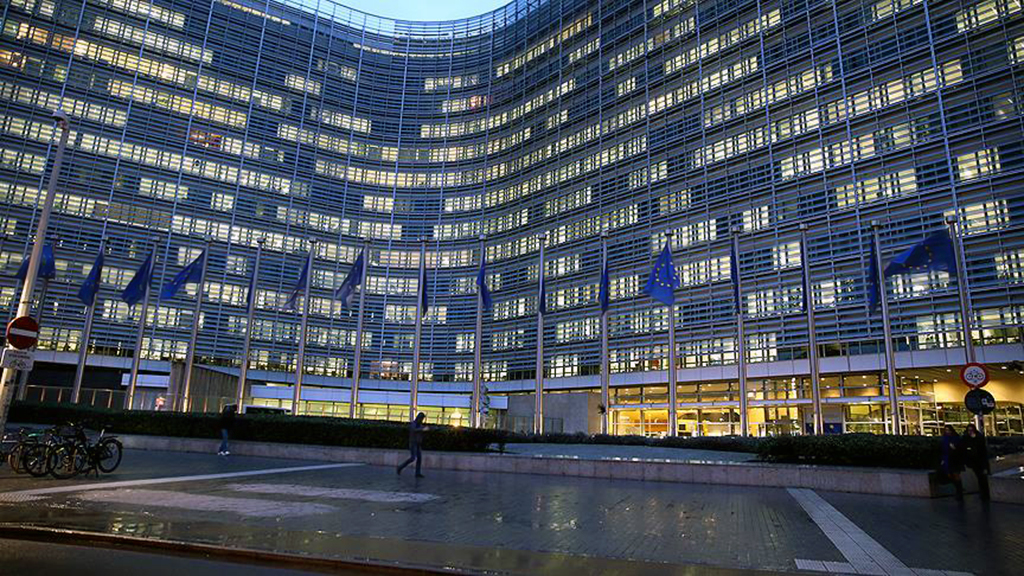 The common fate of Turkey and Britain

Yet, the pain that accompanied Britain's decision to leave the EU two years ago hasn't ended just yet. The nature of the agreement fueled a new public debate in Britain, where former Prime Minister Tony Blair, one of the mildest critics of the Brexit deal, called it "pointless."

All political parties have focused on the discussions and meetings on possible alliances and candidates for the upcoming local elections. The ruling Justice and Development Party (AK Party) and Nationalist Movement Party (MHP) have breathed a sigh of relief after deciding to maintain their People’s Alliance, which was formed ahead of the June 24 presidential elections last year. The AK Party has obtained the opportunity to more confidently declare its candidates for three major cities while the MHP will most probably challenge the ideological and electoral competition with its main rival, the Good Party (İP). Another alliance established between the opposition parties, the Nation Alliance, has been facing tough times, as they still have not been able to reunite.

On condition that the main opposition Republican People’s Party (CHP), the backbone of the Nation Alliance, fails to generate mutual cooperation with the İP, the Felicity Party (SP) and the Peoples’ Democratic Party (HDP), all of which come from different political backgrounds, it won’t get a head start for the campaign process. Also, CHP Chairman Kemal Kılıçdaroğlu will face tougher days with the strong unity being displayed by the People’s Alliance. As a matter of fact, it is already being rumored that “an alliance with a pro-terrorist group [the HDP, which supports the PKK though propaganda] is only a futile attempt.”

However, one thing is for sure, the campaign for the local elections will remain as a follow-up of the previous April 16 referendum and June 24 elections.

In the meantime, there have been significant developments going on in foreign policy – the Britons’ divorce deal with the EU, the strained tension between Russia and Ukraine and the recent incidents in east of the Euphrates River. Britain has finally concluded its Brexit agreement with the European Union. Just approved by EU leaders, the deal will come before U.K. Parliament by Dec. 25.

Yet, the pain that accompanied Britain’s decision to leave the EU two years ago hasn’t ended just yet. The nature of the agreement fueled a new public debate in Britain, where former Prime Minister Tony Blair, one of the mildest critics of the Brexit deal, called it “pointless.” Critics argue that the current terms, which reflect economic concerns, have turned Britain into an EU satellite state. Foreign Minister Jeremy Hunt described the situation as a “Turkey trap” – depending on Brussels without the privileges of membership. Interestingly enough, there was plenty of talk in Britain about Turkey ahead of the Brexit referendum and populists reaped the benefits of the population’s misplaced fear of millions of Turks flocking to their island. In this sense, it wasn’t surprising that the Brexit agreement came to be explained with references to Turkey’s relationship with the European Union. Similar comparisons will undoubtedly be made in the future. Yet, we cannot overlook the fact that the British foreign minister described Turkey’s situation as a trap. Hunt wasn’t just expressing concern about his own country but essentially betrayed how European leaders really felt about Ankara.

Europe doesn’t want Turkey to drift away from Brussels but they absolutely do not wish to offer the Turks a seat at the table either. Europeans are worried that their democracies, which were crippled by the arrival of just 1 million Syrian refugees, will be destroyed. To make matters worse, Europe lacks a type of strong leader who can win back the hearts and minds of Europeans, who are becoming increasingly sympathetic to the far-right and populism. The European leadership’s goal is to sell Turkey on an agreement, whereby Ankara will continue to orbit Europe under a “strategic partnership.” French President Emmanuel Macron hasn’t gone to great lengths to hide his support for that plan. As a matter of fact, he views Russia as one of Europe’s strategic partners as well. Sooner or later, European leaders will understand that their current approach is incompatible with their plans for Russia and Turkey. In this sense, there are many challenges ahead for Europe. European nations will experience domestic problems in the form of isolation and crises of democracy, and strategic challenges due to the weakening of the transatlantic alliance. The growing tensions between Russia and Ukraine in recent days alone attest to that fact. At a time when NATO’s future and the prospect of a European army are under discussion, the erupting crisis in the East forces Brussels to make some bold decisions. To be clear, the continent is unlikely to enjoy protection from NATO and the United States, or to counter-balance powerful players such as Russia and Turkey. Even Britain will pose a notable strategic challenge to Europe once it gets back on its feet.

Brussels cannot build a stable and safe Europe without finding lasting ways to work with Britain and Turkey. The real trap isn’t where Turkey or Britain happened to find themselves in their relationship with the European Union. It’s what the Europeans themselves are setting up for themselves.

The wind of new unilateral politics in the US
Previous