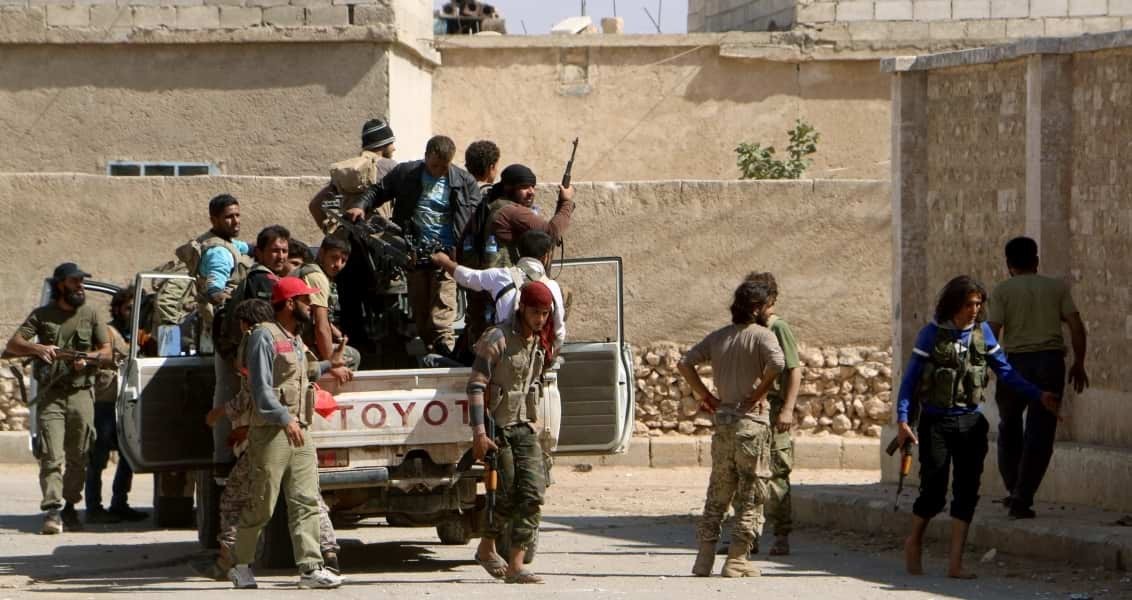 The Battle over Post-Daesh Middle East

The U.S.'s gameplan with the YPG militants, again, evidently fails to find a solution to the clashes in the region

Although Daesh militants carried out major attacks in Manchester and Kabul in recent weeks, the group is losing control of Syria and Iraq. Having once claimed to establish the caliphate, it is bound to be removed from territories it used to control. As the battle continues over who will replace Daesh, the militants are desperately trying to stick around.

Russian Foreign Minister Sergei Lavrov’s recent statements about the People’s Protection Units (YPG) striking a deal with Daesh were quite important. Moscow’s chief diplomat told the media that Russian jets had struck Daesh militants who had left Raqqa with the YPG’s permission and were trying to reach Palmyra. Obviously, YPG militants are trying to minimize the costs of the Raqqa operation. Daesh, in turn, wants to send its militants to Hama, Homs and the southern provinces. Meanwhile, the Assad regime, having seized control over the Tabqa dam and the hills around Palmyra, is advancing towards Deir ez-Zor. Finally, the Russians have been targeting Daesh militants to prevent them from causing problems for the Assad regime in the south.

The Russians and the Assad regime still seek to meet Iranian-backed Hashd al-Shaabi forces at the Syrian-Iraqi border. Hashd al-Shaabi spokeman Karim al-Nouri announced on Monday that the group had reached the Syrian border and were prepared to fight against Daesh alongside the regime. Since the United States targeted a regime convoy near al-Tanf to protect the rebels at the Jordanian border, the only remaining option is to proceed towards Deir ez-Zor. In other words, tensions are rising between primary actors (i.e. Russia, Iran and the United States) and their proxies – Bashar al-Assad, Hashd al-Shaabi and the YPG.

It is important to recall that the anti-Daesh strategy focused on liberating Raqqa and Mosul as well as separating Syria from Iraq. As progress is made towards this goal, each party shows an interest in Deir ez-Zor. If Bashar al-Assad’s forces, which control the center of Deir ez-Zor, can meet the Hashd al-Shaabi at the Iraqi border, the Iranians will have successfully established a Shia corridor that cuts across Syria and Iraq. Needless to say, the prospect of an Iranian-controlled corridor should ring alarm bells in Washington, which desperately wants to isolate and contain Tehran. At the same time, Iran forming a corridor through Iraq, Syria and Lebanon would seriously disturb Israel and the Gulf nations. As such, the battle over Deir ez-Zor is much bigger than Daesh. All parties that are involved in the Syrian civil war, including Turkey, Iran, Russia and the United States, are closely monitoring the situation in the area.

Moving forward, the United States might want to enlist the services of the YPG to stop the Iranians from carving out their corridor. In recent months, there has also been chatter about Washington supporting PJAK, the PKK’s Iranian franchise, to undermine Tehran. The killing of two Iranian troops last week in clashes between PJAK and Iranian security forces near the Turkish border could be a sign of things to come. If the most recent steps are indeed part of the broader U.S. policy in the Middle East, the PKK and its Syrian and Iranian branches, the YPG and PJAK, will end up fighting against Iran and the Assad regime.

However, Washington’s plan to use the PKK against Iran is unlikely to stop Tehran’s proxies in the region, including the Assad regime and Hashd al-Shaabi. Needless to say, the YPG was able to create so-called cantons in Northern Syria thanks to the indirect support of Iran and the regime. At a time when the PKK-YPG continues to fight Turkey, the group is unlikely to engage in a serious campaign against Tehran.

Although the Americans would like to think that arming YPG militant is the solution to all of their problems, the truth is that the group can’t handle the workload. Therefore, U.S. President Donald Trump plans to outsource the war on Daesh to the YPG and to contain Iran are in desperate need of updates and revisions. Otherwise, the administration could go down in history as exceptionally unsuccessful.

US's Self-Isolation Becomes Officially Visible
Next
Loading...
Loading...
We use cookies to ensure that we give you the best experience on our website. If you continue to use this site we will assume that you are happy with it.Ok