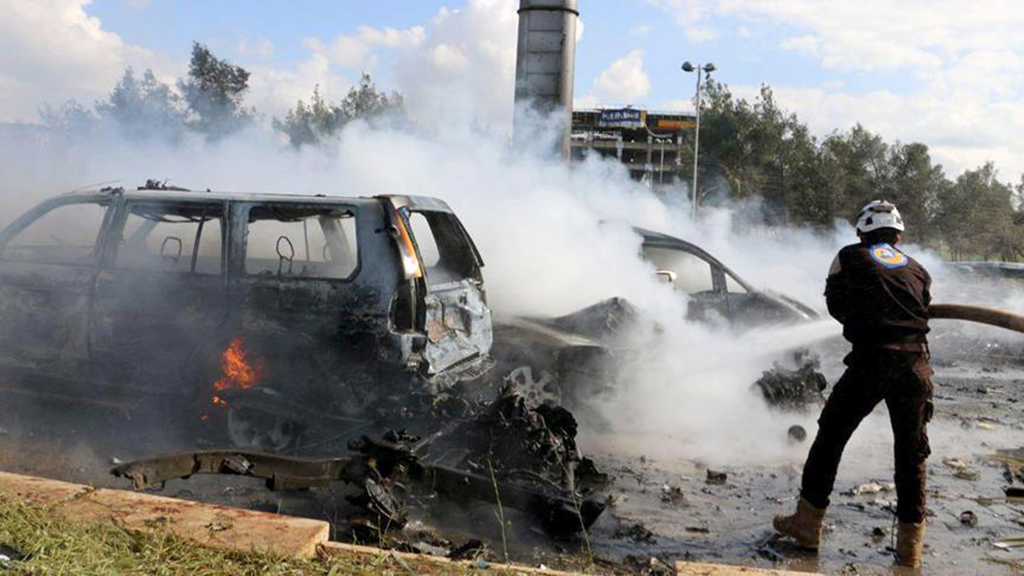 The Syrian crisis entered a new phase following Turkish intervention. Turkey has already demonstrated its determination not to negotiate the positions of actors that pose a vital threat to Turkish national security and territorial integrity.

The Syrian crisis entered a new phase following Turkish intervention. Turkey has already demonstrated its determination not to negotiate the positions of actors that pose a vital threat to Turkish national security and territorial integrity. In this regard, Turkey has executed two cross-border military operations; while the first was against Daesh, the second was against the Democratic Union Party (PYD) and its armed wing, the People’s Protection Units (YPG). By supporting the opposition and hindering the PYD/YPG’s hold on areas near the Turkish-Syrian border, Turkey has changed the balance of power in Syria.

Furthermore, Turkey has been negotiating the future of the Syrian crisis with both the U.S. and Russia. As the only country providing support to mainstream opposition forces, Turkey has succeeded in keeping the opposition in the game, since neither the U.S. nor Russia supports them.

On one hand, Russia has been giving full support to the Bashar Assad regime, which is unable to stand on its own. On the other hand, the U.S. government has been supporting the PKK-linked PYD/YPG to the detriment of Turkey, an American ally in NATO. However, if Ankara must choose one side over the other, it would probably be easier to cooperate with the Kremlin rather than the White House.

The positions of the main actors on the ground are quite complex. The four main actors, i.e. the U.S., Russia, Turkey and Iran, have reached a deadlock since none have been able to come to an agreement. While both Russia and Iran support the Assad regime, they do not have the same perspective about the future of Syria. Among others, while Russia has been careful not to take any anti-Israeli steps in Syria, Iran considers Israel as the main regional “other.” According to the news from the ground, pro-Russian and pro-Iranian groups are in conflict with one another. In short, the two actors have been using the Assad regime for their regional projections.

While the U.S. has been investing in the PYD/YPG and trying to limit the influence of the Assad regime, it does not want Iran and Russia to expand their power in Syria. However, the U.S. has been negotiating the future of the country with Russia, denying Iranian representation at the negotiation table and limiting the impact of Turkey.

Today, there are several hot points in the crisis in which the relevant actors compete and conflict. In Idlib, Turkey has been negotiating the crisis with Russia. The Russian side expects Turkey to eradicate Hayat Tahrir al-Sham (HTS) from the region, while the Turkish side is asking for time to exclude the HTS militants. Turkey has faced many difficulties while trying to clear the region of extremist groups because the future of these extremist groups is a significant problem for all sides.

Another hot point is the Manbij region, located west of the Euphrates. Turkey and the U.S. have signed a memorandum of understanding to clear the region of YPG militants; however, the U.S. has yet to fulfill its side of the deal. In spite of U.S. President Donald Trump’s promises, Washington has been dragging its feet and postponed the implementation of commitments. Considering the indifference toward Turkey’s security concerns, it seems that the establishment in Washington has redefined its perspective on Turkey. Sooner or later, Turkey will move to act in Manbij in spite of the American opposition. The U.S. may need to comply with Turkey to intervene in the region in order to protect its proxy east of the Euphrates, which is another hot point in the crisis.

Turkey is determined to intervene east of the Euphrates and to establish a safe zone, a region to send some of the Syrian refugees living in Turkey. However, the U.S. wants to establish a buffer zone, in which YPG militants will be kept safe. In this context, the U.S. may prefer the region be controlled by the Assad regime, which has had friendly relations with the PYD/YPG. On the other hand, both Russia and Iran have been careful not to otherize the YPG. That is, eventually, Turkey has to depend on its own resources and challenge the threat emanating from the YPG or other actors. In the end, Turkey will move forward to protect its interests in Syria, namely to defend its national security against the YPG and decrease the burden of refugees living in Turkey.