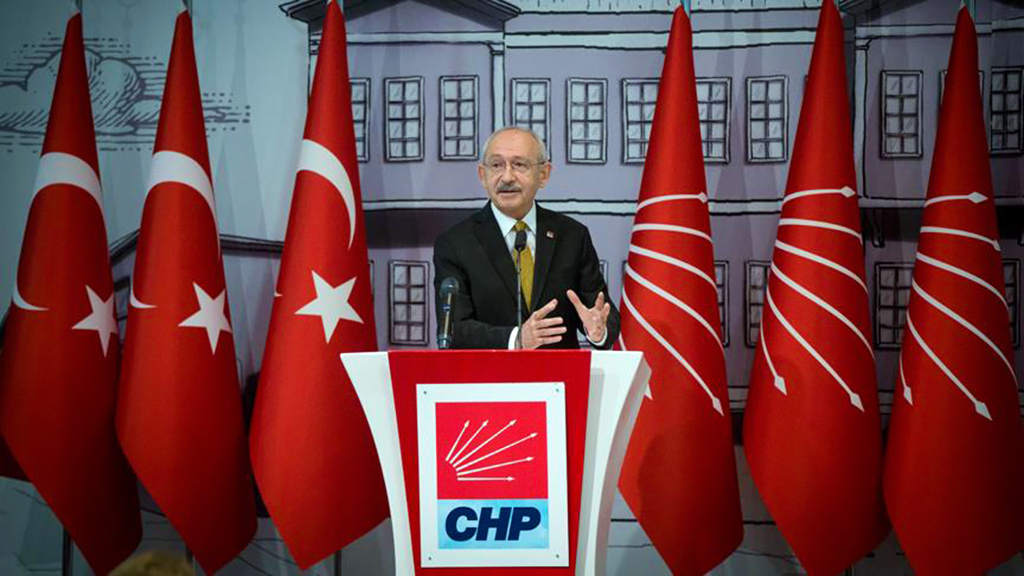 CHP in trouble due to Kılıçdaroğlu’s lack of skill

Ahead of next month's municipal elections in Turkey, the Republican People's Party's (CHP) Chairman Kemal Kılıçdaroğlu is hard at work.

Ahead of next month’s municipal elections in Turkey, the Republican People’s Party’s (CHP) Chairman Kemal Kılıçdaroğlu is hard at work. His political skill depends heavily on a series of contradictory statements and decisions. One day, Kılıçdaroğlu talks about a populist, participatory and accountable brand of local government. The next day, he handpicks his party’s mayoral candidates to tighten his own grip on power. The CHP chairman sets his mind on a single goal: to not answer for his mistakes if and when Turkey’s largest opposition party suffers yet another defeat on election day. By extension, he seeks to prevent his intra-party opponents from laying claim to the leadership.

Let us ignore Muharrem İnce, the CHP’s most recent presidential candidate and a long-time critic of Kılıçdaroğlu, who complains about the current chairman’s poor track record. Even Gürsel Tekin, who has been in Kılıçdaroğlu’s corner for a decade, questions the CHP leadership’s motives. According to Tekin, Kılıçdaroğlu arbitrarily favors his own allies at the expense of candidates with merit. He adds that the CHP leadership turns a blind eye to opinion polls and excludes candidates who endorsed İnce’s call for an unscheduled convention last year, even if they enjoy popular support. “The CHP cannot speak for people who want change,” says Tekin. “No leadership can rest on a bed of failure.”

I must disagree with Tekin. After all, Kılıçdaroğlu survived eight consecutive elections without accomplishing anything. Of course, he has been semi-successful, as he managed to keep his seat!

Kılıçdaroğlu tries something new before each election. Through the years, the only consistent part of his platform has been to form alliances on the basis of anti-Erdoğanism. Nothing will change next month, as Kılıçdaroğlu formally partners up with the Good Party (İP), unofficially collaborates with the Felicity Party (SP) and joins forces with the Peoples’ Democratic Party (HDP).

To be clear, the CHP’s chairman’s efforts only deepen his leadership contradictions. As he brings together political parties with diverse ideological positions, he undermines the CHP’s identity and ideology. To make matters worse, he pushed CHP voters to the İP and the HDP – as Nebi Miş, the director of the SETA Foundation’s political research department, notes. Others are left with no choice but to support the Democratic Left Party (DSP).

That some CHP voters are leaning towards the İP or the DSP might be unsurprising. Yet, efforts by the party, which views itself as the guardian of the Republic, to empower Kurdish nationalism and separatism is a huge contradiction. Needless to say, Kılıçdaroğlu’s move to embrace the HDP is nothing like the Social Democratic People’s Party’s (SHP) “social democratic opening” in the 1990s. Instead, the CHP today is perpetually stuck between the right and the left, and Turkish nationalism and Kurdish nationalism.

How does Kılıçdaroğlu pull it off? His entire game plan is based on the assumption that loyal CHP voters won’t take their business elsewhere despite Kılıçdaroğlu’s contradictory decisions and statements.

Next month’s municipal election will show whether the CHP base is tired of Kılıçdaroğlu’s flip-flops. One thing, however, is already clear: Kılıçdaroğlu, who left his party vulnerable to the Gülenist Terror Group’s (FETÖ) influence and now the HDP’s marginalism has nothing to offer to Turkey. That the country’s most prominent opposition party is in such a weak state hurts Turkish politics altogether and stops it from making long-term, inclusive policies. Nor can the CHP build on its experience to act responsibly.

The changing landscape of global security
Next
Loading...
Loading...
We use cookies to ensure that we give you the best experience on our website. If you continue to use this site we will assume that you are happy with it.Ok