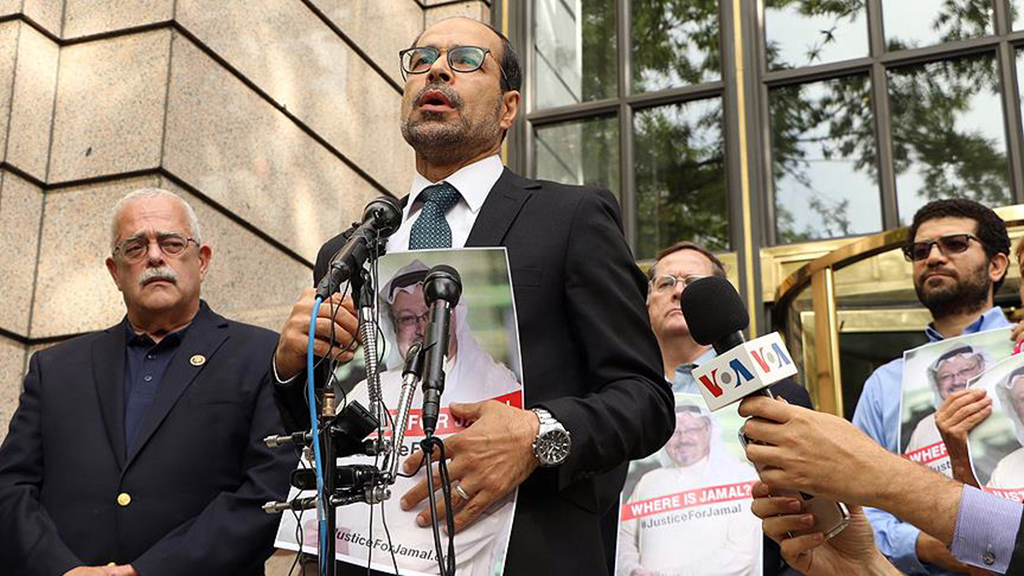 “He loves his country so much,” said Nihad Awad, president of the Council on American-Islamic Relations (CAIR) and a friend of 25 years.

The murder of Saudi journalist Jamal Khashoggi has become a milestone in Saudi politics. Many American media outlets reported that the CIA concluded in a report that Saudi Crown Prince Mohammed bin Salman (MBS), the de facto ruler of the country, personally ordered the killing of Khashoggi.

The murder of Saudi journalist Jamal Khashoggi has become a milestone in Saudi politics. Many American media outlets reported that the CIA concluded in a report that Saudi Crown Prince Mohammed bin Salman (MBS), the de facto ruler of the country, personally ordered the killing of Khashoggi. However, U.S. President Donald Trump claimed that it was premature to assess whether MBS was responsible for the murder and declared that there would be a full and very complete report on Nov. 20.

It seems that some power circles leaked the assessment report prepared by the CIA to the media before it was submitted to Trump because they knew that Trump would cover up the case and protect the Saudi crown prince in the end.

Since day one, Trump has never claimed that MBS is innocent. On the contrary, he clearly claimed that nothing could be done in Saudi Arabia without the consent of MBS and declared the Saudi attempts as the worst cover-up in history. However, Trump always emphasizes that MBS is a spectacular strategic ally who provides jobs and trade opportunities for the American people. The Trump administration imposed sanctions on those who were directly involved in the murder but declared that he “wants to stick with an ally that in many ways has been very good.” That is, while Trump wants to satisfy the critics of the administration in domestic politics, he will try to not sacrifice his close ally, the crown prince.

After the CIA report was leaked to the media, it has become more difficult for Trump to remain indifferent to the case and deny the responsibility of MBS. Many Republican and Democrat politicians in the U.S. have already raised their voices and called for the Trump administration to take the necessary steps against the Saudi regime. U.S. Vice President Mike Pence said, “The United States is determined to hold all of those accountable who are responsible for the murder.”

Furthermore, there has been strong rhetoric from Congress urging sanctions against the Saudi regime. American lawmakers have voiced increasing certainty that the crown prince is behind Khashoggi’s killing. One of the key leaders in Congress, South Carolina Republican Senator Lindsey Graham, told Fox TV that he was “going to sanction the hell out of Saudi Arabia.” In another interview with NBC News, Graham described the crown prince as an “irrational” and “unhinged” politician and claimed that the crown prince did “a lot of damage to the relationship between the United States and the Saudi kingdom.” “I have no intention of working with him ever again,” he added.

Similarly, two members of the House Intelligence Committee voiced parallel explanations. The Chairman of the Committee, California Democrat Adam Schiff, asserted that “it would be unlikely such a killing would occur without the Saudi crown prince’s knowledge.” Roy Blunt, a Republican member of the committee, added that “it is hard to imagine something like this could happen without the crown prince knowing.”

Additionally, at a time when Democrats dominate the House of Representatives, it is more likely to pass an anti-Saudi decision in the House.

Many Western governments have also taken some steps to impose sanctions against the Saudi government due to its involvement in the Khashoggi murder. As a reaction to Khashoggi’s death, Germany halted arms sales to Saudi Arabia and banned the entry of 18 Saudi nationals who were involved in the killing. The two largest European arms suppliers to the Saudi kingdom, the United Kingdom and France, are waiting for Trump’s explanation on Tuesday before taking any action.

International pressure will build on the Saudi regime since their colleagues from the Western media will not allow world public opinion to remain silent and therefore will continue to demand that Khashoggi’s killers be brought to justice. The Saudi government will continue to remain under intense pressure to offer a reasonable explanation. The political cost of Khashoggi’s death is not known for now, but it seems the bill will continue to increase.

5 Questions: The Palermo Conference and the Future of the Crisis in Libya
Previous